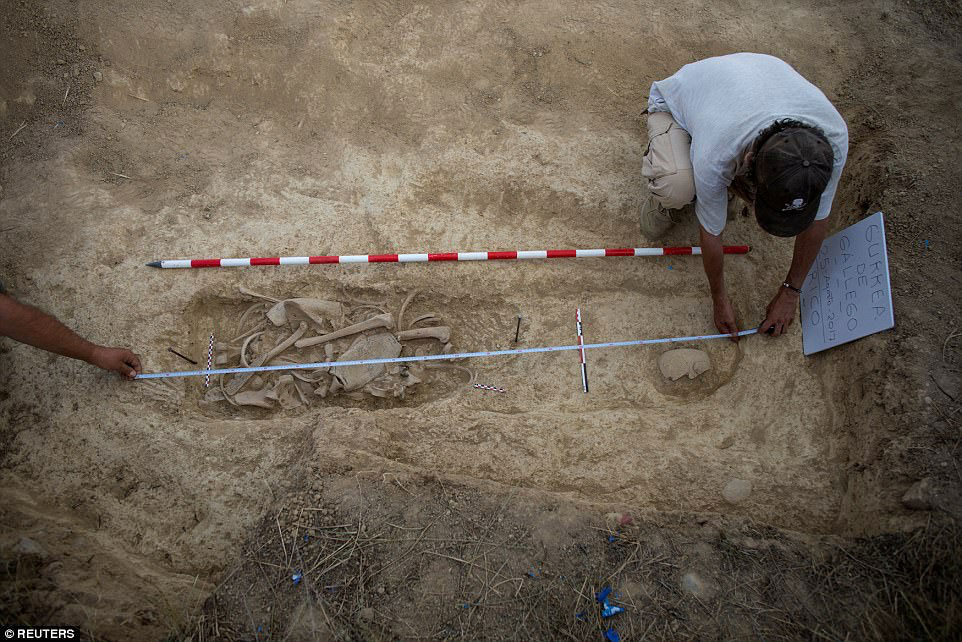 In a mass grave at Valladolid