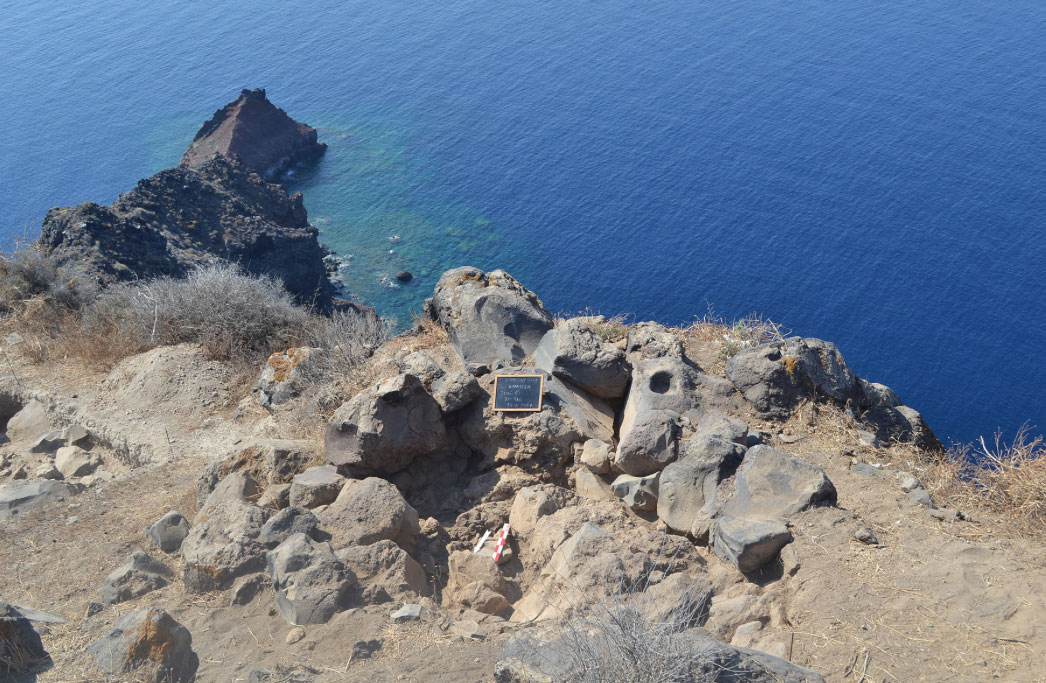 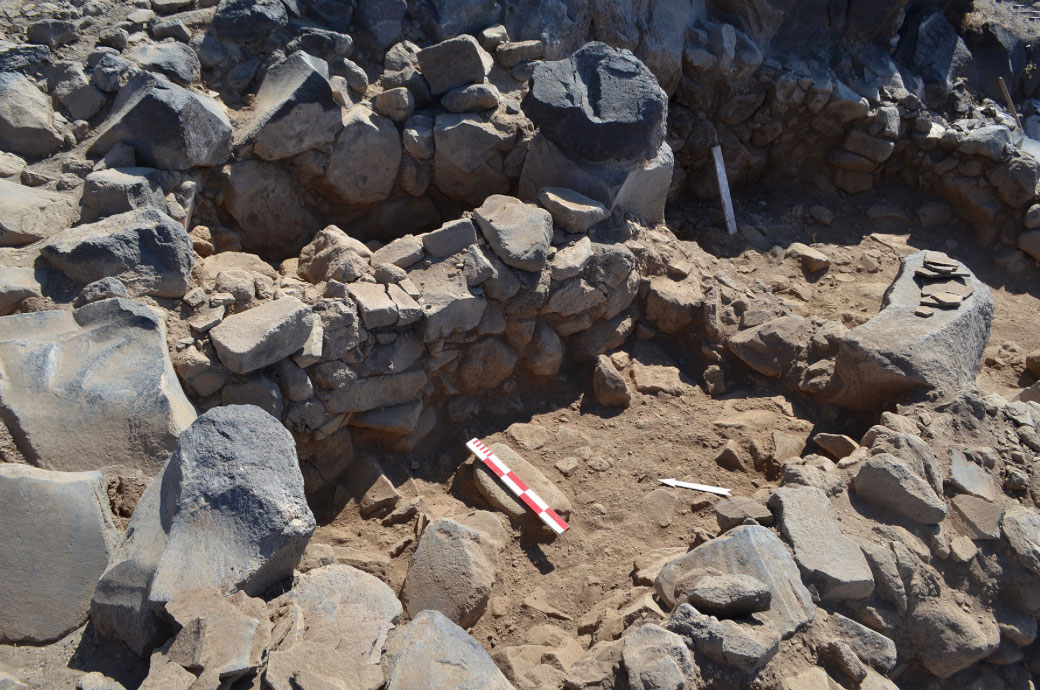 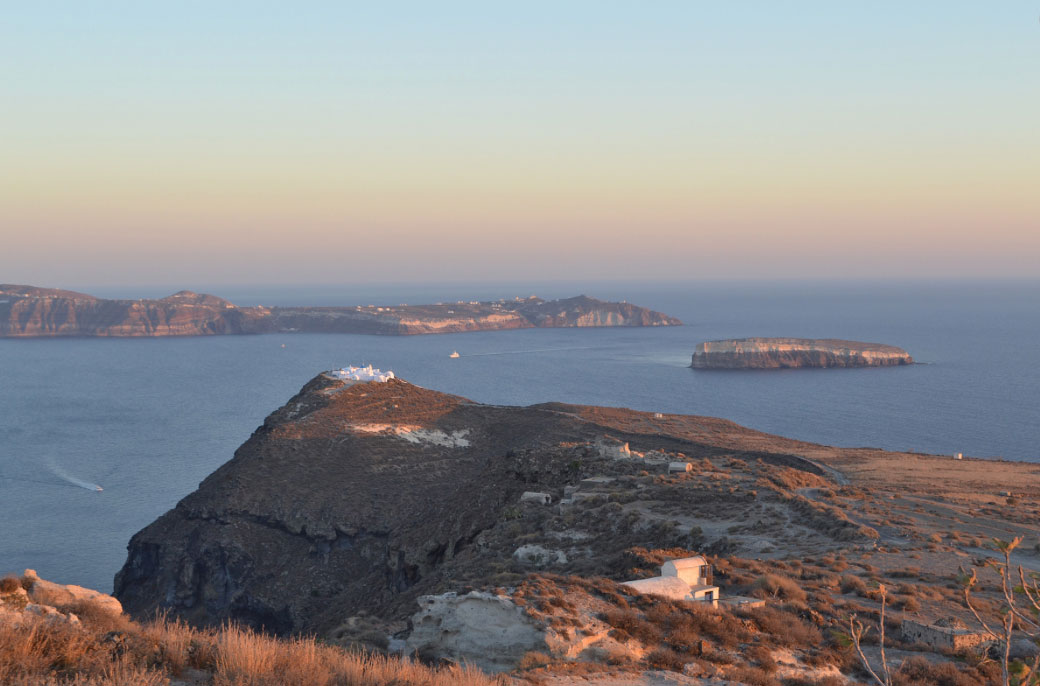 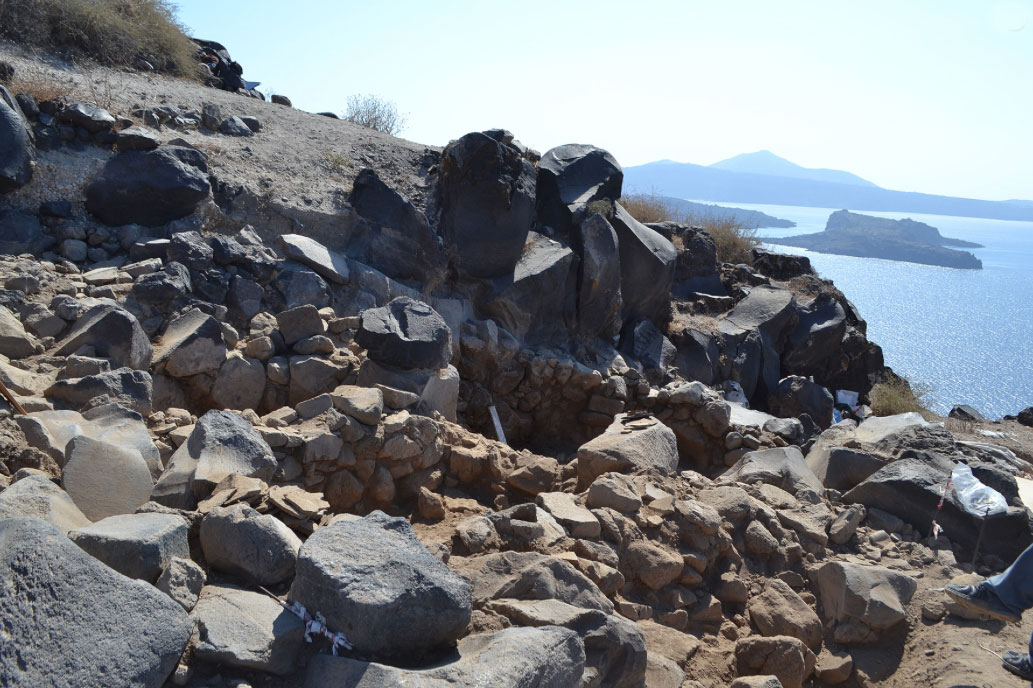 New finds from the prehistoric settlement of Therasia

Excavations at the Koimesis site of the southeastern end of Therasia island have been continued this year. A prehistoric settlement has been revealed on the hill, where the monastery Koimesis reigns, built almost adjacent to the settlement.

As mentioned in the announcement of the Ministry of Culture and Sports, the excavation brings to light a Proto-Cycladic and Middle-Cycladic settlement of the 3rd and the early 2nd millennium BC, facing the Caldera in the east and the Aspronisi in the south. Part of the settlement eroded and fell down the cliff during the geological detachment of the Therasia island from the Aspronisi, as a result of the big Minoan volcanic eruption. The settlement of Koimesis offers important information about the complex Thera-Therasia during the early phases of the Bronze Age and also gives new data about the shape of the southeastern border of the pre-eruption Caldera, at the stepped terraces of which the prehistoric settlement was built.

The survey is conducted by the Ionian University (Kostas Sbonias), the University of Crete (Iris Tzachili) and the Ephorate of Antiquities of Cyclades (Maya Efstathiou), in collaboration with Emeritus Professor of the Aristotle University of Thessaloniki Clairy Palyvou, and an interdisciplinary team of archaeologists and other researchers. For the accomplishment of the survey the support of the Municipality of Thera and the Institute for Aegean Prehistory was very important.

The surveys revealed a very interesting anthropogenic occupation of the area at the terraces of the slope with a series of buildings of various forms and shapes, all of which had one thing in common: the exploitation of the rocks and the natural environment as a framework and a component of the foundations and the structure of the buildings. Big volcanic rocks emerge from the whole surface of the topography, marking the slope terraces, shaping the available surfaces for building or being incorporated in the structures. The structures are built densely, clinging to one another, with stone platforms between them, which shape the stepped terraces of the slope. Volcanic materials were also used in the buildings, as floor substrate, while plates from the lower and older geological strata of Therasia, which must have been visible in the already shaped back then Caldera depression, were used as roof tiles.

During this year’s excavations, the revealing of an ellipsoid building with monumental features has been completed. Furthermore in various areas of the settlement floors mostly of the Early and the Middle Bronze Era have been excavated, giving important information about the space organization and the succession of the settlement stages. Also, the boundaries of the settlement at the terraces of the southeastern slope of the hill have been investigated. Based mainly on ceramics, the settlement is dated to the Proto-Cycladic II, the Proto-Cycladic ΙΙ/ΙΙΙ and the Middle-Cycladic period, with phases corresponding to those of Akrotiri. The finds include pottery, tools made of polished stone or flake tools and various household artefacts, bones, shells, wood and other organic remains.

Judging by the material evidence, the economy depended on farming and livestock breeding. The artefacts are still being examined, but based on the abundance of crushing tools and big storage vessels we may conclude that the farming practice of diversified crops was the basis of the staple diet, along with the livestock products (mild and meat) and the marine resources. Regarding the techniques, evidence of weaving and spinning and the production of obsidian was found. However the number and differentiation of tools implies the use of various techniques within the techno-economic organization of the settlement. The analysis of pottery clays suggests the importance of the local Therasian production as well as the presence of imported pottery from different Aegean areas.

“The settlement was abandoned for unknown reasons shortly before the beginning of the Late Cycladic period, in other words shortly before the last phase of Akrotiri. When the Minoan eruption occurred and the island was covered with strata of volcanic material, the settlement had already been evacuated. Given the fact that the site at the Alafouzos mines in the south part of the island flourished in the Late Cycladic period, we can assume that part of the inhabitants were transferred to the west, to lower terraces of another type of architecture similar to that of Akrotiri and of the same equipment and art”, the announcement concludes.