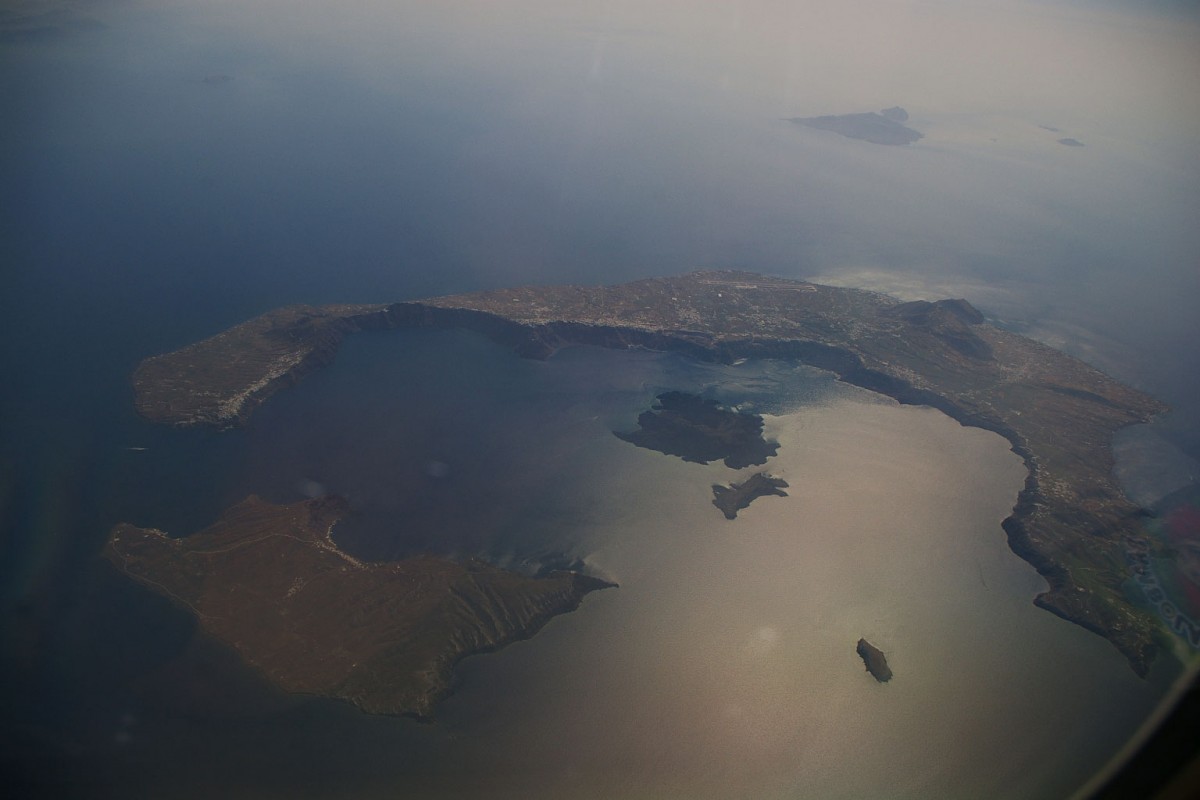 The devastating tsunami that hit prehistoric Aegean after the eruption of the Thera (Santorini) volcano was not caused by the collapse of the caldera walls, like scientists believed until now, but due to the considerable amounts of pyroclastic flows that spewed out of its cone.

This is the conclusion of a new study published in the journal Nature Communications. The research team was headed by Paraskevi Nomikou, Assistant Professor in Geological Oceanography and Natural Geography at the Faculty of Geology and Geo-Environment of University of Athens.

In their paper the scientists present new “bathymetric and seismic evidence showing that the caldera was not open to the sea during the main phase of the eruption, but was flooded once the eruption had finished. Inflow of water and associated landsliding cut a deep, 2.0–2.5 km3, submarine channel, thus filling the caldera in less than a couple of days. If, as at most such volcanoes, caldera collapse occurred syn-eruptively, then it cannot have generated tsunamis. Entry of pyroclastic flows into the sea, combined with slumping of submarine pyroclastic accumulations, were the main mechanisms of tsunami production”.

The eruption of Santorini was one of the biggest volcanic events in human history, comparable in force only with the eruption of Mount Tambora, in 1816 (an event that caused a global “year without a summer”).

The tsunamis generated by the Santorini eruption have been proposed as a factor in the demise of the Minoan culture.

Researchers have located offshore Santorin deposits of pyroclastic flows that reach 60 m thick, which during the eruption, charged out of the volcano in all directions and fell into the sea surrounding the island. This huge amount of pyroclastic flows, reaching 30-80 km3, triggered the tsunamis, the researchers say.

As Mrs. Nomikou explained, for years now scientists have been studying the morphology of the Santorini volcano in order to find out which parts of it collapsed into the sea and which remained on the surface after the eruption. “Our study,” she continues, “shows that there was a channel between Oia and Therasia, which was filled by the eruption so that the main caldera collapsed without causing a tsunami. Then, when this strait between Oia and Therasia opened, the caldera was filled from sea water in a couple of days. (…) But this did not cause the tsunami. The tsunami was caused because during phases 3 and 4 big amounts of volcano ashes blasted into the sky and then these pyroclastic flows entered the sea. These caused the tsunami which affected Northern Crete and all of the Eastern Mediterranean”.