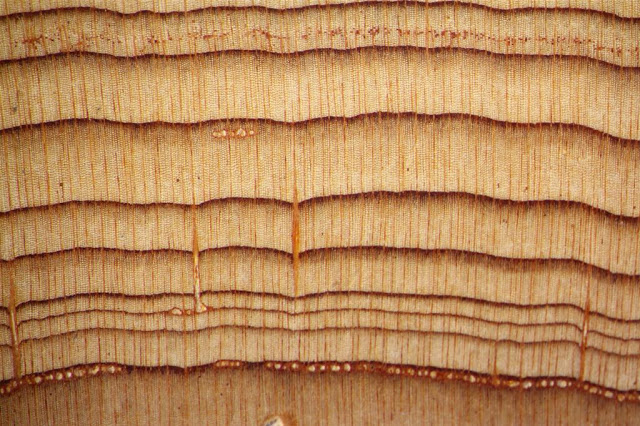 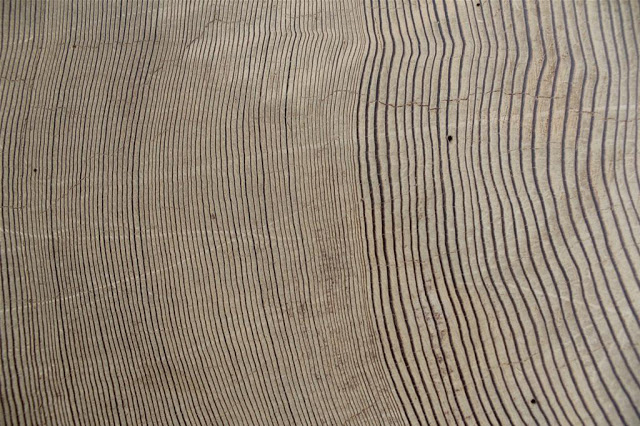 Part of a 5-year dendrochronology project

A volcanic eruption on the island of Thera thousands of years ago contributed to the collapse of the Minoan civilization and was a turning point in the history of Western civilization. However, the exact date of this event remains unknown. Scientists want to determine it by looking for “fingerprints” of the eruption in tree rings.

Southern Europe, the Middle East and Egypt are the regions with the most complete historical and archaeological data, describing at least 10,000 years. The data include record of wars, climate changes, natural disasters. However, most of these events are not precisely positioned in time. The history of ancient civilizations also includes long periods called “dark ages”, for which there aren’t any sources of historical information.

An international team of scientists led by Prof. Tomasz Ważny from Nicolaus Copernicus University in Toruń intends to fill some of these gaps by determining the dates of key events shaping the history of the cultures of the eastern Mediterranean. In the Balkan-Aegean Dendrochronological Project, researchers want to use dendrochronology, or the analysis of annual rings of trees.

“Trees annually record environmental conditions in their in the wood structure. This record is retained in the form of so-called rings in the wood for hundreds, even thousands of years. The reliability of radiocarbon dating has been questioned in recent years, cores taken from glaciers have gaps, and only dendrochronology can provide clear and indisputable dating expressed in calendar years. Sometimes it even allows to determine the time of year, during which a specific historical event took place”, emphasised Prof. Ważny.

Scientists are hoping that series of annual growth rings of trees will allow them to accurately date the turning points of Western civilization, such as extreme weather conditions or natural disasters. “The idea is to use dendrochronology to trace the ancient history of the Eastern Mediterranean and explain a series of historical mysteries that still remain unexplained, surrounded by numerous controversies”, the researcher explained.
The main goal of the scientists is the precise dating of the volcanic eruption on the island of Thera, now known as Santorini. The eruption of the volcano in the Aegean Sea not only destroyed the island, but also caused a giant tsunami, the height of which could have reached several tens of meters. The cataclysm could contribute to significant damage on the island of Crete—the centre of the Minoan civilization, and to the collapse of that civilization.

“The explosion was a turning point in the history of civilization. According to classical, traditional dating, supported by archaeology, the volcanic eruption occurred about 1500-1550 years BC. Radiocarbon dating, however, moves the date one hundred years forward. If radiocarbon estimates are confirmed, the so far seemingly definite chronology of ancient Egypt would require major revisions”, noted Prof. Ważny.

To carry out the study, the researchers need wood and charcoal from the second millennium BC. Some of the material already available for analysis comes from archaeological sites and tombs. Researchers will search for more material in Turkey, Greece and the Balkans.

According to Prof. Ważny, wider tree rings record years that are beneficial for the trees; narrower rings unfavourable years. “Very narrow increases are a record of a phenomenon causing the so-called tree stress, which is a strong negative reaction to the unfavourable conditions. It could be a climatic event or disaster that seriously affected tree growth. In the extremely unfavourable years, trees can stop growing for a year or even several years ” said Prof. Ważny. The longest growth calendars reach the 9th millennium BC.

Trees can react in two ways to a volcanic eruption depending on the distance from the epicentre. Volcanic ash fertilizes the soil a few hundred kilometres from the volcano. This causes the trees growing there to record a series of wider annual growths. In turn, the trees closer to the epicentre can be damaged, strong ash fallout can also seriously disrupt the process of photosynthesis. Extremely narrow annual growths are formed. This is a clue for the scientists where—in which rings—they should look for “fingerprints” of the volcanic eruption that destroyed Thera.

But finding a volcanic signal in the wood is not enough. Researchers still need to identify the volcano that caused it. Four thousand years ago, volcanic activity in the Mediterranean was much greater than now. “Identification of the ‘fingerprint’ of a particular volcano is based on a thorough chemical analysis, analysis of the elemental, isotopic composition of wood in individual rings. Identifying the eruption on Thera based on the chemical components of volcanic origin embedded in the structure of a particular ring will be a very difficult task”, admitted Prof. Ważny. The resulting “growth calendar” and wood residues dated with one-year precision will allow to verify the history and date the prehistory of the eastern Mediterranean.

The five-year study, co-funded in the program MAESTRO by the National Science Centre, will involve scientists from Greece, Germany, Turkey, Croatia, Bulgaria and the University of Arizona in the US—home of the world’s largest tree-ring research lab.