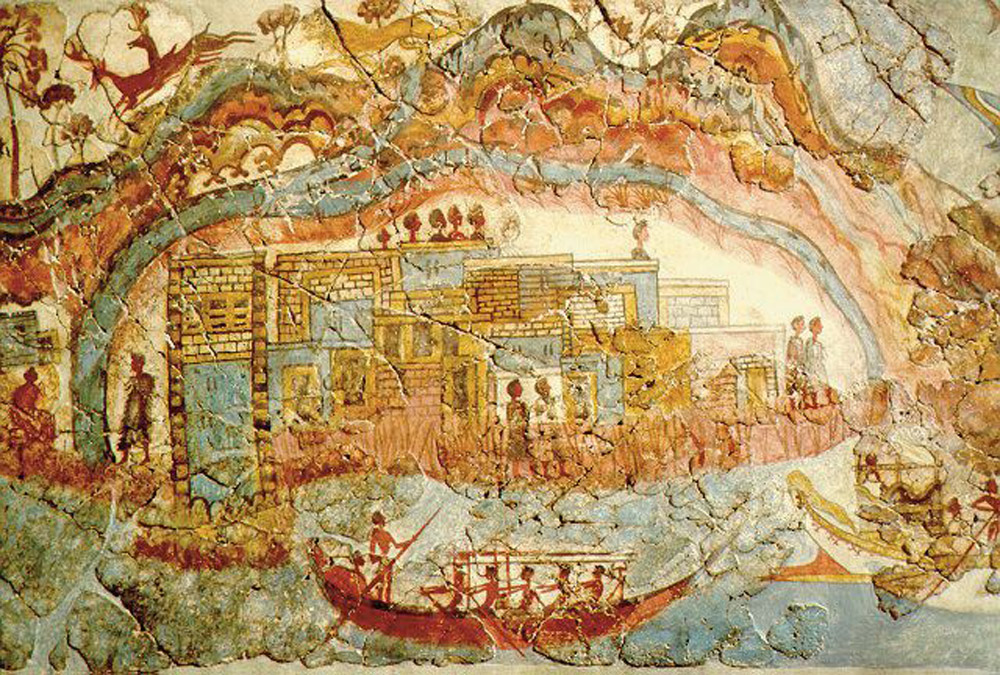 Thera Eruption: Not Earlier Than 1600 BC

A late date set between 1600 and 1500 BC has been proposed for the most famous eruption of the Santorini (Thera) volcano, which famously had a major impact in the history of Bronze Age Aegean cultures.

Through the scientific journal Antiquity, an international team of researchers led by Paolo Cherubini (the Swiss Federal Institute for Forest, Snow and Landscape Research (WSL) has challenged a theory that favours the dating of the famous eruption to the 17th century BC, due to the unreliability of the methods used to produce it. According to the researchers, the early date theory is based on 14C dating of individual pieces of olive wood enveloped by volcanic ash, which, however, should belong to trees that used to be alive at the time of the eruption to produce an accurate result.

“In the case of old olive trees in the Mediterranean region, it is not at all unusual for dead branches to stay in place for several decades”states Cherubini. He and his team also suggest that “a more accurate dating could be produced to be found through interdisciplinary research involving close cooperation between archaeologists, climatologists, geoscientists, dendroclimatologists and historians, allowing a general view of the situation to emerge”.