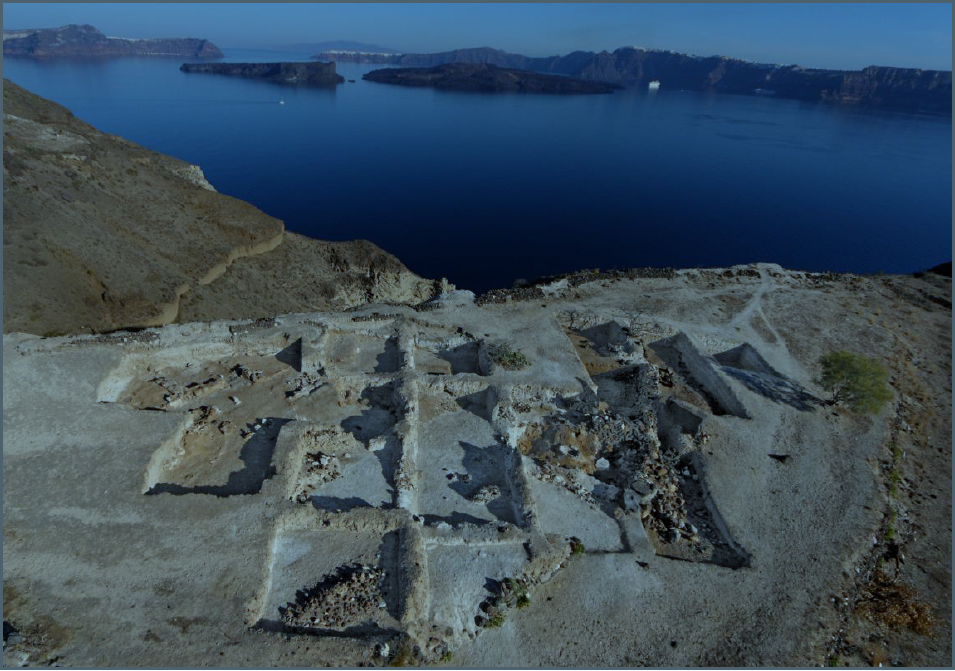 Investigating the outskirts of the prehistoric town at Akrotiri, Thera

On Friday, May 12, 2017, at 6.30 p.m., Marisa Marthari (Director Emeritus of the Ministry of Culture and Sports) will lecture on “Investigating the outskirts of the prehistoric town at Akrotiri, Thera: Α rich LC I/LM IA building complex at the site of Raos”. The event is part of the Minoan Seminar series, and will take place in the Archaeological Society in Athens (22 Panepistimiou str., Athens). The seminar will be in English.

The site of Raos is on the south side of the Theran Caldera, with an excellent view towards the Kamenes islets, Therasia and north Santorini. The excavations there, mainly 2009–2012, have brought to light a significant Late Cycladic I building complex comprising a residential building and a spacious courtyard bounded by a robust, stone-built enclosure wall with an auxiliary structure adjacent to its inner face. It was situated in the ‘suburbs’ of the Late Cycladic I city at Akrotiri less than 1 km away on the natural route to the hinterland of the Akrotiri Peninsula and its extensive tracts of arable land.

Despite the poor state of preservation—by Theran standards—the evidence shows that the twostoreyed residential building would have been quite impressive. The movable finds are rich including gold jewellery, lead balance weights, bronze vessels and tools, serpentine vessels and fine, imported Minoan pottery. The most unexpected find, however, is a striking wall-painting, the main subject of which is red lily flowers. It adorned a space that was separated from a paved corridor by a pier-anddoor partition.

The residence can be compared to the most significant buildings of the city of Akrotiri in terms of the sophisticated architectural form, decoration with frescoes and remarkable movable finds. The large courtyard, however, recalls establishments in the countryside of Thera. Therefore, to the already complex settlement pattern of pre-eruption Thera, including individual farms and rural settlements, a kind of luxurious “villa” can now been added. This brings LB Thera even closer to Crete than the rest of the Cyclades.