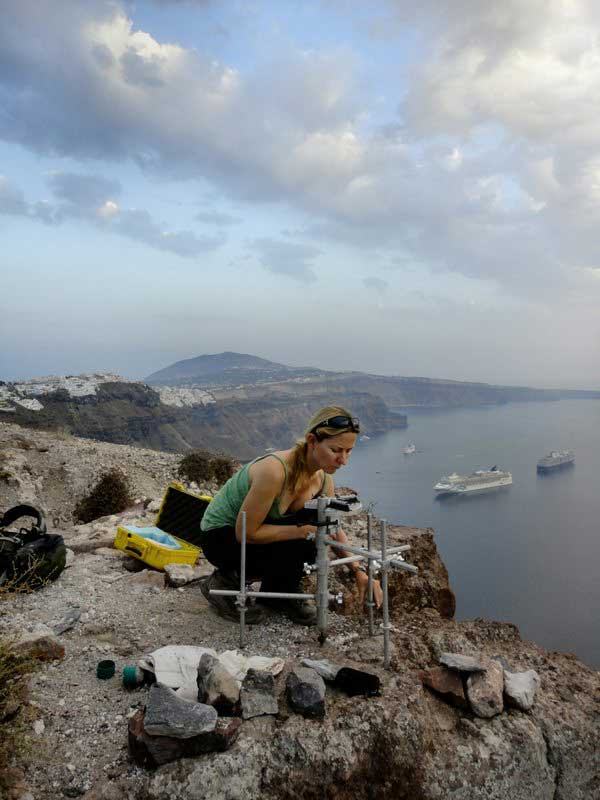 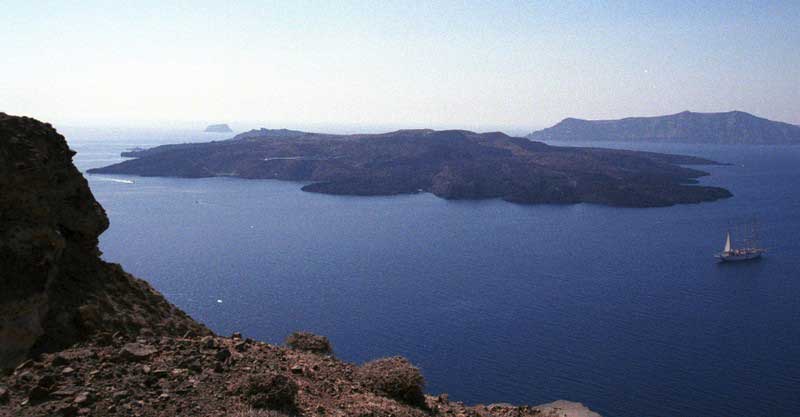 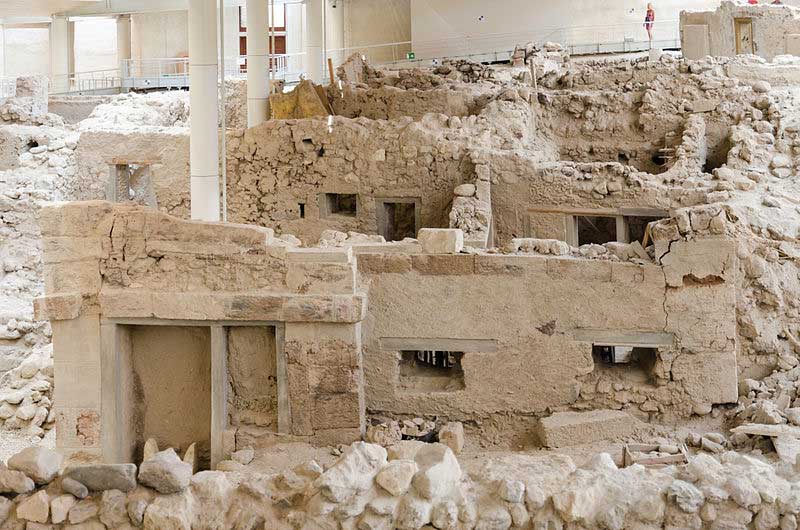 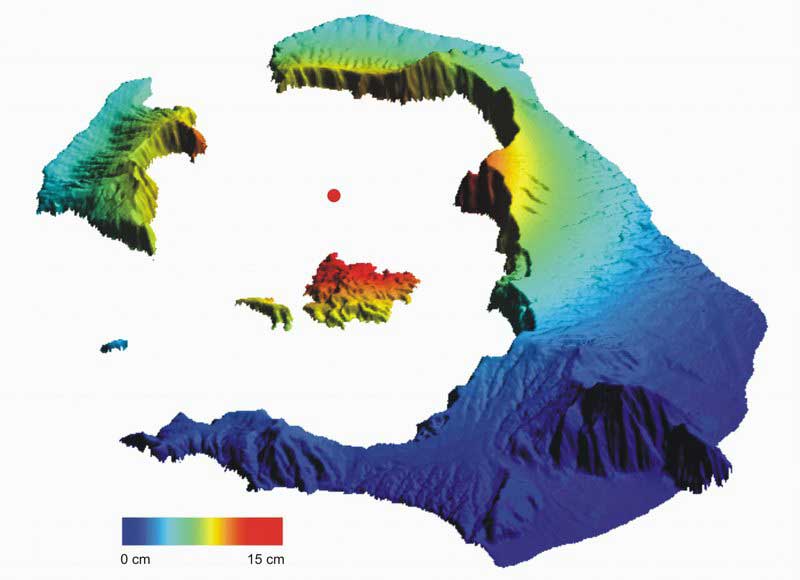 The ancient Minoan city of Akrotiri was destroyed by a massive eruption over 3,000 years ago. Will it happen again soon to the excavated remains and the modern town? Scientists uncover some possible signs.

Akrtoiri is well known to archaeologists as the excavation site of a remarkably well-preserved Minoan Bronze Age settlement that was buried by the massive and widespread Theran eruption in the middle of the second millennium BC. The eruption was one of the largest volcanic events in recorded history. It devastated the island of Thera (also called Santorini), which included the settlement at Akrotiri, in addition to communities and agricultural areas on nearby islands and on the coast of Crete. Like the Roman ruins of Pompeii much later in 79 A.D., it’s buildings and human artifacts were exceptionally preserved under the super-heated, yet protective, covering of the volcano’s ashfall. Frescoes, pottery, furniture, advanced drainage systems and three-story buildings have been discovered at the site through excavations conducted by Spyridon Marinatos beginning in 1967. Some historians suggest that this settlement, as well as the volcanic disaster, was the inspiration for Plato’s writing about Atlantis.

Now, a new survey suggests that a chamber of molten rock beneath Santorini’s volcano has expanded 10-20 million cubic metres – up to 15 times the size of London’s Olympic Stadium – between January 2011 and April 2012.

The growth of this ‘balloon’ of magma has seen the surface of the island rise 8-14 centimetres during this period, a team led by Oxford University scientists has found. The results come from an expedition, funded by the UK’s Natural Environment Research Council, which used satellite radar images and Global Positioning System receivers (GPS) that can detect movements of the Earth’s surface of just a few millimetres.

The findings are helping scientists to understand more about the inner workings of the volcano which had its last major explosive eruption 3,600 years ago, burying the islands of Santorini under metres of pumice. However, it still does not provide an answer to the biggest question of all: ‘when will the volcano next erupt?’

In January 2011, a series of small earthquakes began beneath the islands of Santorini. Most were so small they could only be detected with sensitive seismometers but it was the first sign of activity beneath the volcano to be detected for 25 years.

Michelle Parks of Oxford University’s Department of Earth Sciences, an author of the paper, said: ‘During my field visits to Santorini in 2011, it became apparent that many of the locals were aware of a change in the behaviour of their volcano. The tour guides, who visit the volcano several times a day, would update me on changes in the amount of strong smelling gas being released from the summit, or changes in the colour of the water in some of the bays around the islands. On one particular day in April 2011, two guides told me they had felt an earthquake while they were on the volcano and that the motion of the ground had actually made them jump. Locals working in restaurants on the main island of Thera became aware of the increase in earthquake activity due to the vibration and clinking of glasses in their bars.’

Dr Juliet Biggs of Bristol University, also an author of the paper, said: ‘People were obviously aware that something was happening to the volcano, but it wasn’t until we saw the changes in the GPS, and the uplift on the radar images that we really knew that molten rock was being injected at such a shallow level beneath the volcano. Many volcanologists study the rocks produced by old eruptions to understand what happened in the past, so it’s exciting to use cutting-edge satellite technology to link that to what’s going on in the volcanic plumbing system right now.’

Professor David Pyle of Oxford University’s Department of Earth Sciences, an author of the paper, said: ‘For me, the challenge of this project is to understand how the information on how the volcano is behaving right now can be squared with what we thought we knew about the volcano, based on the studies of both recent and ancient eruptions. There are very few volcanoes where we have such detailed information about their past history.’

The team calculate that the amount of molten rock that has arrived beneath Santorini in the past year is the equivalent of about 10-20 years growth of the volcano. But this does not mean that an eruption is about to happen: in fact the rate of earthquake activity has dropped off in the past few months.

The report of this research, entitled ‘Evolution of Santorini Volcano dominated by episodic and rapid fluxes of melt from depth’, is published in the journal Nature Geosience.