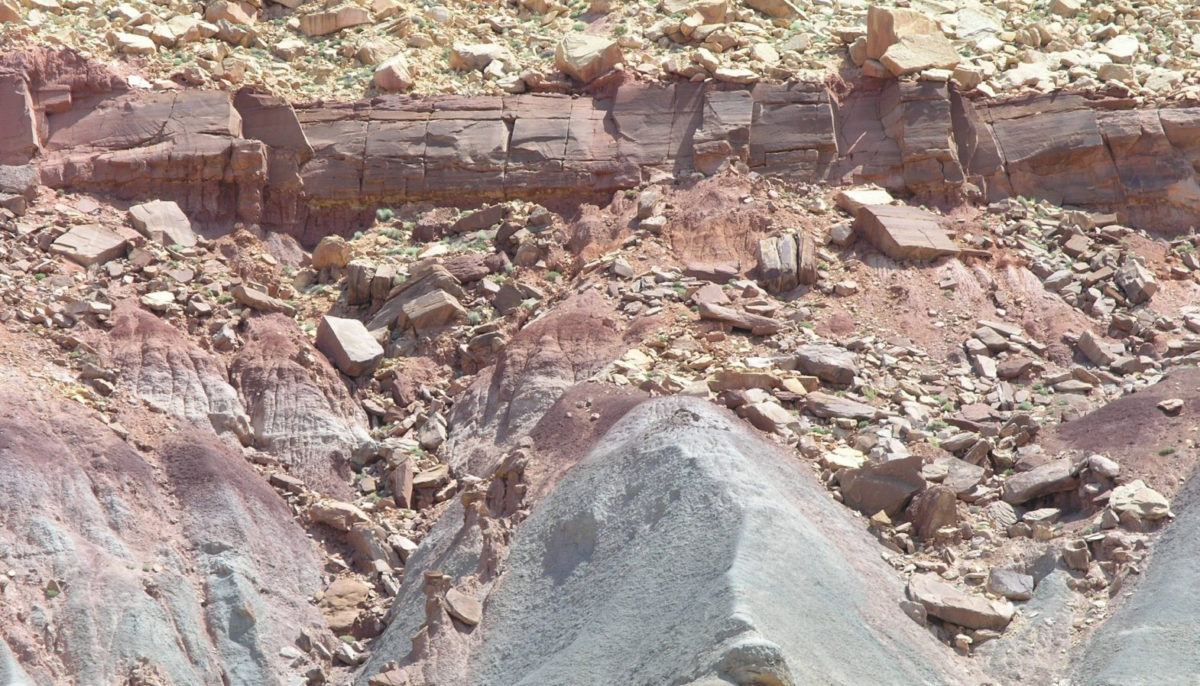 The Norian Chinle Formation in the Southwestern United States provides a snapshot into an ancient terrestrial ecosystem with its famous petrified tree trunks and various plant and vertebrate remains.

The fossil plant assemblages, including spores and pollen grains, provide useful information on past vegetation and the response of the vegetation to climate changes.

New pollen and spore data from the Chinle Formation at the Petrified Forest National Park, Arizona, suggest that a extinction of plants occurred between 213 and 217 million years ago in tandem with an extinction of several reptile groups.

The predominance of plants adapted to drier conditions after the extinction event is consistent with the gradual aridification of the North American continent due to the uplift of the Cordilleran volcanic mountain range and the probable northward shift of North America through plate tectonics. Plant community analysis reveals that the floral turnover was followed by the colonization of new plant groups such as the varieties of conifer trees and the decrease in the contribution of seed ferns in the vegetation along waterways.

In their study published in The Geological Society of America Bulletin, Viktoria Baranyi and colleagues propose that the floral reorganization of the riparian communities can be attributed to the gradual climate change and changes in river styles, possibly linked to changes in the mountain chain distributions.

Marked increases in the pollen species e.g., Klausipollenites gouldii, Patinasporites spp. and Froelichsporites traversei are probable indicators of further environmental stress, such as changes of atmospheric pCO2, acid rain, and atmospheric aerosol accumulation due to volcanism in connection with the Pangean rifting and uplift of the Cordilleran mountain chain.

The floral turnover may have affected terrestrial vertebrate communities as the loss of wetland habitat space and an increase in arid climate adapted plants may have dwindled the supply of palatable vegetation for herbivores. The Manicouagan impact event might have contributed to the vegetation change at the Petrified Forest National Park in Arizona but the existing data are unable to prove a direct cause.