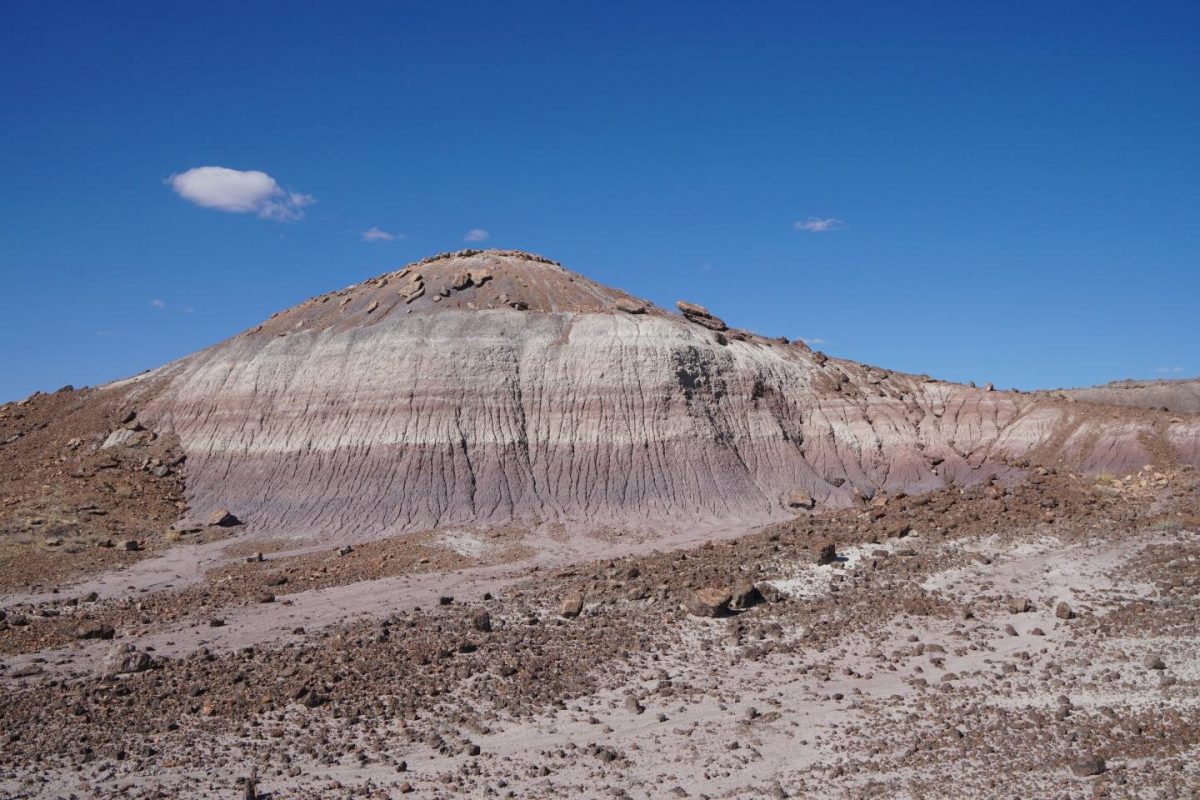 When life on Earth endured a series of cataclysmic events

A rock core from Petrified Forest National Park, Arizona, has given scientists a powerful new tool to understand how catastrophic events shaped Earth’s ecosystems before the rise of the dinosaurs.

The quarter-mile core is from an important part of the Triassic Period when life on Earth endured a series of cataclysmic events: Our planet was struck at least three times by mountain-sized asteroids, chains of volcanoes erupted to choke the sky with greenhouse gases, and tectonic movement tore apart Earth’s single supercontinent, Pangea.

Among the chaos, many plants and animals, including some of the long-snouted and armored reptiles that ruled Pangea throughout the Triassic, vanished in a possible shake-up of life on Earth that scientists have yet to explain.

The study, published July 20 in GSA Bulletin, offers scientists a foundation to explain the changes in the fossil record and determine how these events may have shaped life on Earth.

By determining the age of the rock core, researchers were able to piece together a continuous, unbroken stretch of Earth’s history from 225 million to 209 million years ago. The timeline offers insight into what has been a geologic dark age and will help scientists investigate abrupt environmental changes from the peak of the Late Triassic and how they affected the plants and animals of the time.

“The core lets us wind the clock back 225 million years when Petrified Forest National Park was a tropical hothouse populated by crocodile-like reptiles and turkey-size early dinosaurs,” said Cornelia Rasmussen, a postdoctoral researcher at the University of Texas Institute for Geophysics (UTIG), who led the analysis that determined the age of the core.

“We can now begin to interpret changes in the fossil record, such as whether changes in the plant and animal world at the time were caused by an asteroid impact or rather by slow geographic changes of the supercontinent drifting apart,” she said.

Petrified Forest National Park’s paleontologist Adam Marsh said that despite a rich collection of fossils from the period in North America, until now there was little information on the Late Triassic’s timeline because most of what scientists knew came from studying outcrops of exposed rock pushed to the surface by tectonic movements.

“Outcrops are like broken pieces of a puzzle,” said Marsh, who earned his Ph.D. from The University of Texas at Austin’s Jackson School of Geosciences. “It is incredibly difficult to piece together a continuous timeline from their exposed and weathered faces.”

Marsh was not an author of the study but is part of the larger scientific coring project. UTIG is a unit of the Jackson School.

The Petrified Forest National Park core overcomes the broken puzzle problem by recovering every layer in the order it was deposited. Like tree rings, scientists can then match those layers with the fossil and climate record.

To find the age of each layer, the researchers searched the rock core for tiny crystals of the mineral zircon, which are spewed into the sky during volcanic eruptions. Zircons are a date stamp for the sediments with which they are buried. Researchers then compared the age of the crystals with traces of ancient magnetism stored in the rocks to help develop a precise geologic timeline.

Geoscience is rarely so simple, however, and according to Rasmussen, the analysis of the core gave them two slightly different stories. One shows evidence that a shake-up in the species might not be connected to any single catastrophic event and could simply be part of the ordinary course of gradual evolution. The other shows a possible correlation between the change in the fossil record and a powerful asteroid impact, which left behind a crater in Canada over 62 miles wide.

For Marsh, the different findings are just part of the process to reach the truth.

“The two age models are not problematic and will help guide future studies,” he said.