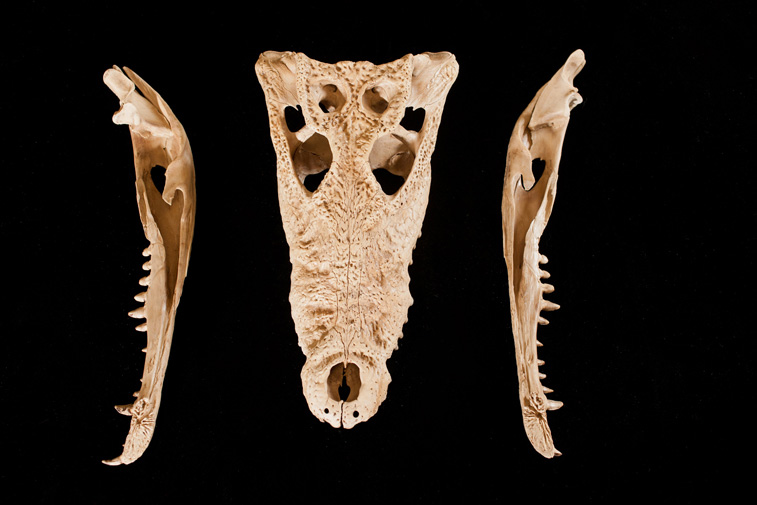 The key lies in organic materials

Many native species have vanished from tropical islands because of human impact, but University of Florida scientists have discovered how fossils can be used to restore lost biodiversity.

The key lies in organic materials found in fossil bones, which contain evidence for how ancient ecosystems functioned, according to a new study available online and in the September issue of the Journal of Herpetology. Pre-human island ecosystems provide vital clues for saving endangered island species and re-establishing native species, said lead author Alex Hastings, who conducted work for the study as graduate student at the Florida Museum of Natural History and UF department of geological sciences.

“Our work is particularly relevant to endangered species that are currently living in marginal environments,” said Hastings, currently a postdoctoral researcher at Martin Luther University Halle-Wittenberg. “A better understanding of species’ natural roles in ecosystems untouched by people might improve their prospects for survival.”

Thousands of years ago, the largest carnivore and herbivore on the Bahamian island of Abaco disappeared. The study reconstructs the ancient food web of Abaco where these two mega-reptiles, the endangered Cuban Crocodile (Crocodylus rhombifer) and the now-extinct Albury’s Tortoise (Chelonoidis alburyorum), once flourished. Today, there is no modern terrestrial ecosystem like that of ancient Abaco, with reptiles filling the roles of largest herbivore and carnivore.

In the study, researchers embarked on the difficult task of reconstructing an ecosystem where few of the components still exist. To understand these missing pieces, scientists analyzed the types of carbon and nitrogen in well-preserved fossil bones from the Cuban Crocodile and Albury’s Tortoise, which was unknown to scientists before its 2004 discovery in the Bahamas. The data reveal the crocodile and tortoise were both terrestrial, showing that reptiles “called the shots” on the island, Hastings said.

The terrestrial nature of these creatures is a great indicator of how biodiversity has changed in the Bahamas and what the ideal circumstances would be for these or similar species to return, said Florida Museum ornithology curator and study co-author David Steadman.

“On islands like Abaco that have always been dominated by reptiles, the flora and fauna are more vulnerable because they have evolved to lead a more laid back, island existence,” Steadman said. “Understanding this is important to designing better approaches to conservation on the island.”

Early paleontological sites in the Bahamas have yielded bones from numerous species of reptiles, birds and mammals that no longer exist on the islands. James Mead, a vertebrate paleontologist with East Tennessee State University, said more research into the evolutionary history of native plants and animals on Abaco is needed as well as conservation programs based on paleontological research that aims to restore these species.

“The Cuban crocodile is living today in small numbers in Cuba, but this new research shows that it is not living to its fullest potential,” Mead said. “The crocodile could live more abundantly in a much wider habitat if we allowed it.”

Other study co-authors are Nancy Albury with the National Museum of the Bahamas and John Krigbaum with UF’s department of anthropology.