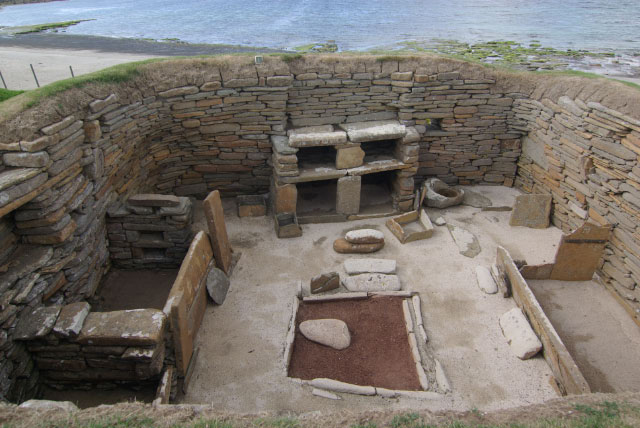 Could the Neolithic Revolution offer evidence of best ways to adapt to climate change?

Research led by the University of Plymouth

Human behaviour during the last intense period of global warming might offer an insight into how best to adapt to current climate change, a study suggests.

Research led by the University of Plymouth shows that between 10,000 and 15,000 years ago, a major shift in climatic conditions led to the planet becoming significantly warmer and wetter.

This led to a range of responses from, and consequences for, people living at the time both including staggered population increases and effects on crops.

Scientists have now examined archaeological and environmental data from the period, and believe we could potentially learn from past human experiences.

Professor Roberts said: “The world we see today is obviously very different to how it was 15,000 years ago, but there are certain similarities. The shift to a warmer climate, for example, was not gradual but included two very rapid step jumps separated by a reversal, a pattern very similar to that currently found in the North Atlantic. This led to a variety of human responses and understanding those, and how fast the earth’s climate changed, could provide us with vital information as to the best way to respond now.”

For the research, scientists focussed on an area of south west Asia bordering the eastern end of the Mediterranean, widely considered to be the birthplace of modern farming and aspects of village life.

By examining records of past climate and vegetation from caves, lakes and archaeological sites, they discovered that the climate of the region changed from being cold and dry to significantly warmer and wetter. As the climate warmed the population increased, but this trend began earlier in some areas than others even though the climatic warming occurred at the same time everywhere.

In areas where socio-ecological continuity was maintained through periods of adverse climate, human communities were able to respond rapidly to subsequent climatic improvement. By contrast, in areas where there was a break in settlement at these times, populations were slower to react to the new opportunities provided by the interglacial world.

Professor Roberts added: “This region is significant because it is where the world’s first farming began, the so-called Neolithic Revolution. It has long been suspected that the domestication of plants and animals, and the beginnings of settled village life, were a response to the change in climate. This research suggests that people perhaps realised the benefits of such agricultural continuity during the period of climate change, and provides an interesting glimpse into the most beneficial ways we might respond now and in the future.”