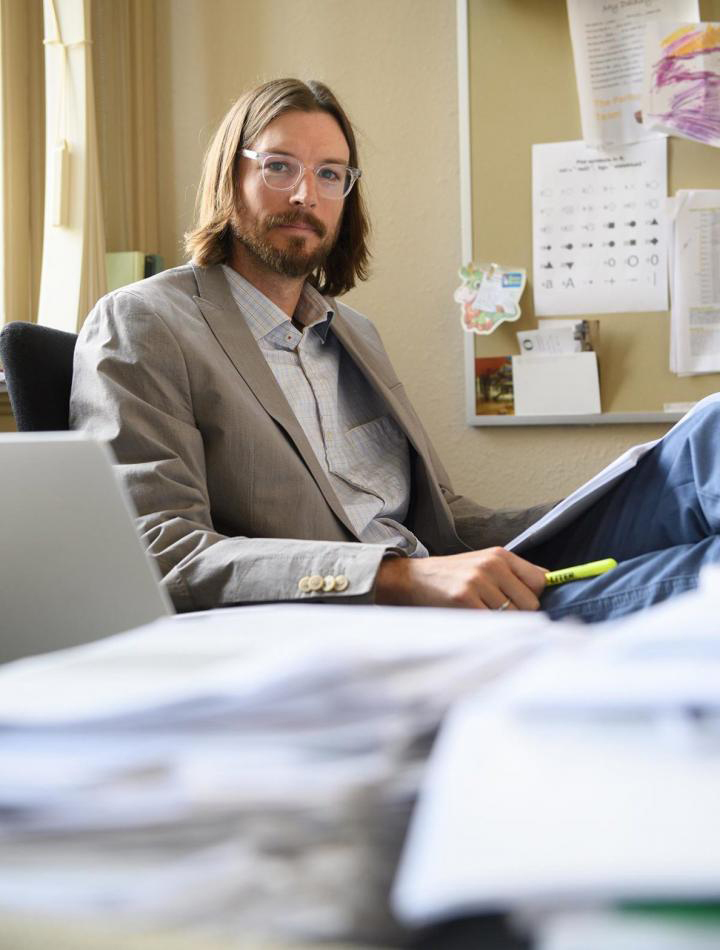 Every day, information washes over the world like so much weather. From casual conversations, tweets, texts, emails, advertisements and news stories, humanity processes countless discrete pieces of socially transmitted information.

Anthropologists call this process cultural transmission, and there was a time when it did not exist, when humans or more likely their smaller brained ancestors did not pass on knowledge. Luke Premo, an associate professor of anthropology at Washington State University, would like to know when that was. Writing in the October issue of Current Anthropology, he and three colleagues challenge a widely accepted notion that cultural transmission goes back more than 2 million years.

Exhibit A in this debate is the Oldowan chopper, a smooth, fist-sized rock with just enough material removed to make a crude edge. Writing in Nature in 1964, the prominent paleoanthropologist Louis Leakey connected the tools with what he said was the first member of the human genus, Homo habilis, or “handy man.” Leakey and his colleagues did not explicitly say Homo habilis learned how to make the tool through cultural transmission, but the word “culture” alone implies it, said Premo.

“All of their contemporaries figured that any stone tool must be an example of culture because they thought that humans are the only animals that make and use tools and humans rely on cultural transmission to do so,” said Premo. “It made sense to them at the time that this ability might in fact distinguish our genus from all others.”

More than half a century later, Premo and colleagues at the University of Tubingen, George Washington University and the Max Planck Institute for Evolutionary Anthropology are asking for better evidence that the technique for making early stone tools was culturally transmitted. Writing in the journal Current Anthropology, they say the tools could have been what lead author Claudio Tennie calls “latent solutions” that rely on an animal’s inherent skill rather than cultural transmission. Homo habilis could have learned to make the Oldowan tool on his or her own, much as wild chimps use sticks to fish for termites.

“Our main question is: How do we know from these kinds of stone tools that this was a baton that somebody passed on?” said Premo, hefting an Oldowan tool in his hand. “Or was it just like the chimp case, where individuals could figure out how to do this on their own during the course of their lifetimes?”

The Oldowan tool may look “cool and new and like it would require a lot of brain power.” But the animal world has complicated creations, like beehives, beaver lodges and spider webs, that don’t require cultural transmission.

This type of tool also changed little for more than 1 million years, suggesting that the individuals who made them had the same mental and motor abilities. Techniques that are culturally transmitted, said Premo, tend to undergo at least slight changes, if not the more frequent churn of innovations we see in contemporary society.

Some hominin technologies, like the Mousterian stone tools used by Neanderthals and others 160,000 to 40,000 years ago, require many steps to prepare, increasing the likelihood that they had to be passed on. If cultural transmission is so recent, said Premo, it could explain why too much information can overwhelm us.

Clearly, our ability to transmit our culture has helped us pass on the techniques we need to thrive in a wide range of environments across the planet.

“It does explain our success as a species,” Premo said. “But the reason we are successful might be much more recent than what many anthropologists have traditionally thought.”