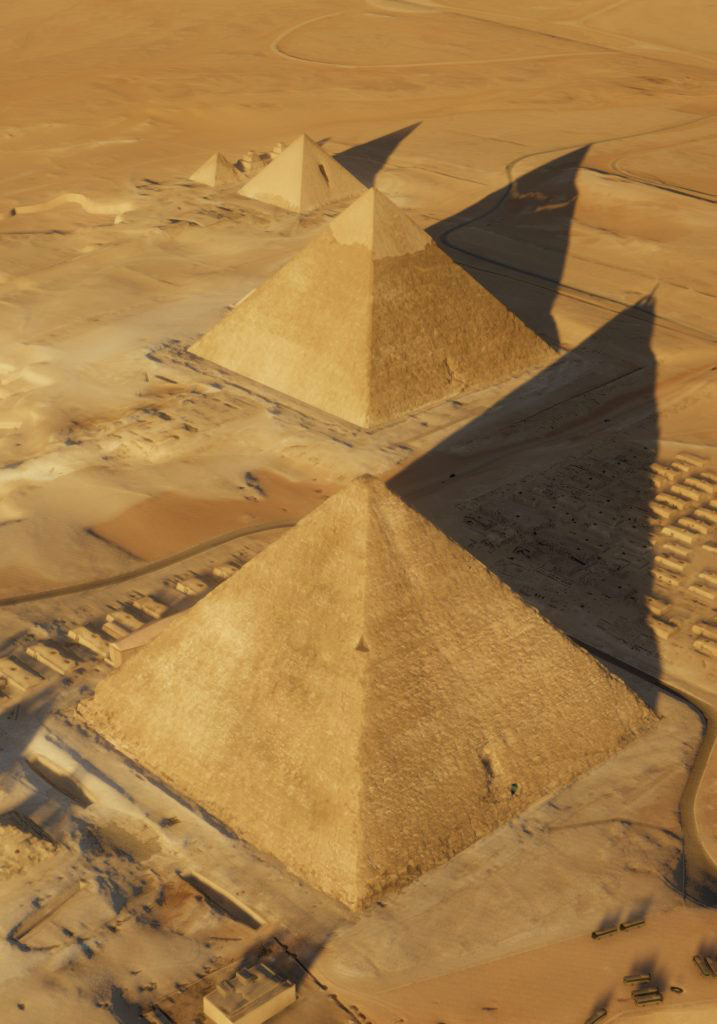 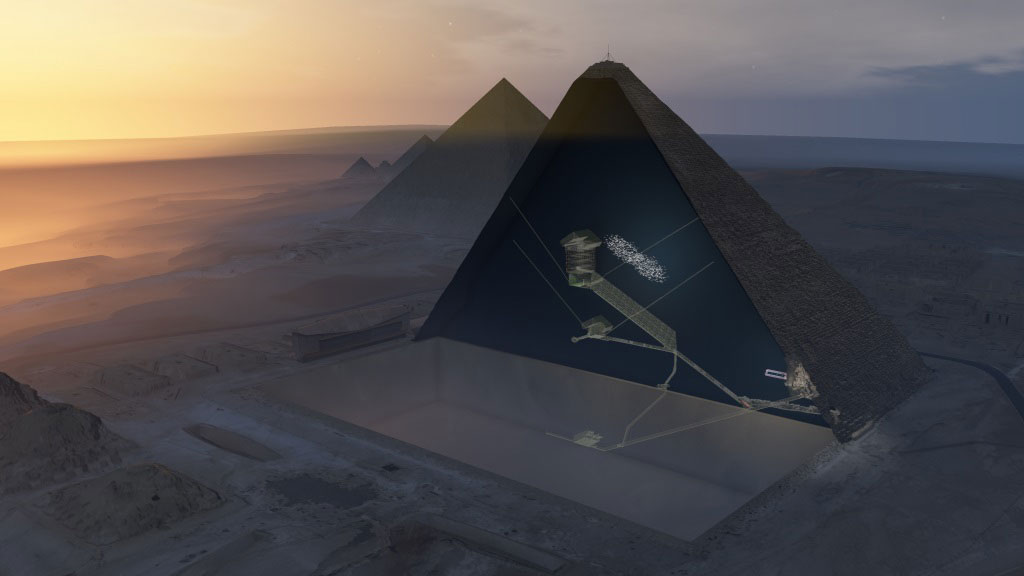 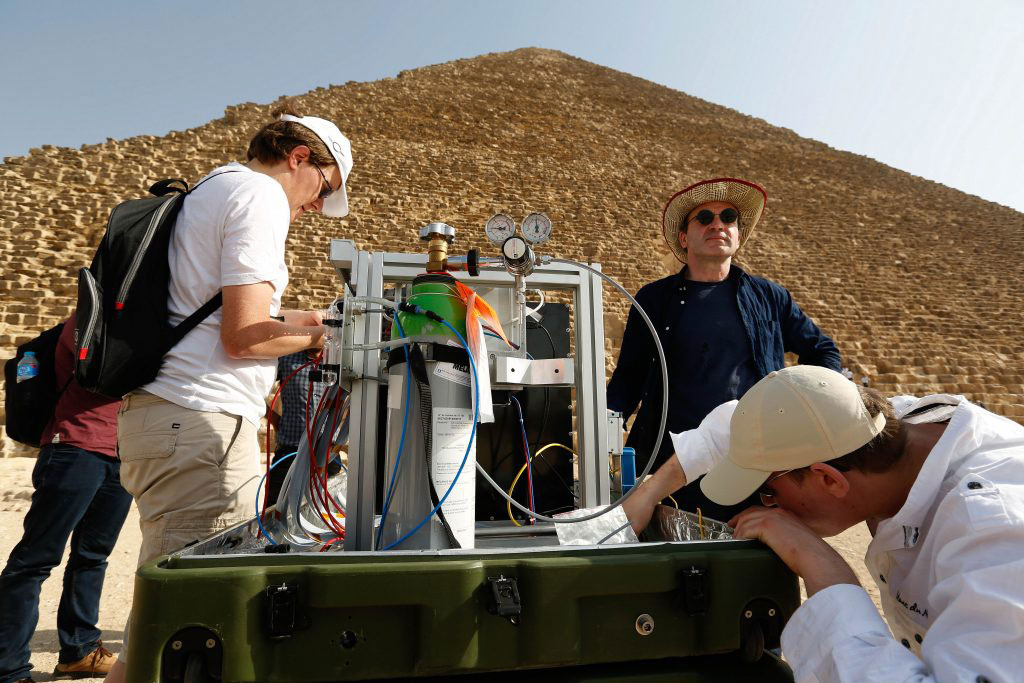 The announcement was made last week

The Egyptian archaeologist Zahi Hawass who oversees the international research project on the interiors of the Pyramids criticized the announcement made last week about the existence of an enormous void inside the Cheops Pyramid, stating that this is not a “discovery”, because this void had already been known.

On Thursday, the scientists of the ScanPyramids project revealed in their study the presence of a void “as large as a 200 seat aircraft in the heart of the Cheops pyramid”, also known as the Great Pyramid, a monument 139m high and 230 m wide, in the Giza valley on the outskirts of Cairo.

The Egyptian archaeologist announced to Agence France Presse that, two months ago in Cairo, he had met with those in charge who at the time had updated him on their conclusions.“We then informed them that it was not a discovery”.

“The Pyramid is full of voids but that does not mean that these contain secret rooms or that this is a new discovery” assures Zahi Hawass, head of the scientific committee that oversees ScanPyramids

In the opinion of Mustafa Waziri, Secretary General of the Ministry of State for Antiquities “The scientific committee should not have rushed … to use advantageous descriptions such as “discovery” or “a void the size of an aircraft.”

“Work must continue following all the stages of scientific research and must be discussed before each presentation”, he stated in his announcement.

Kunihiro Morishima of the Nagoya University of Japan and one of the authors of the ScanPyramids study published in Nature journal announced that “the void was not known to anyone till now, from the time of the Pyramid’s construction, 4.500 years ago”.

It was called “the large void” by some researchers; it is 30 m long and has features similar to the Grand Gallery, the biggest known hall in the Cheops Pyramid.

The Cheops Pyramid and the discovery

The Cheops Pyramid at Giza, 139 meters high and 230 meters wide, is the largest ever found and built during the time of  the Pharaoh Khufu (better known as Cheops) of the 15th Dynasty, who was a ruler from 2509 to 2483 B.C. In order to learn more about what it might hide inside, scientists led by Mehdi Tajoubi of the Paris HIP Institute and Kunigiro Morishima of the University of Nagoya, who both published their finds in Nature journal, used sophisticated techniques of particle physics to look inside the pyramid, similar—but much more effective—to the X-rays that “see” inside the human body.

Specifically, in order to penetrate the stones of the pyramid, the researchers used the subatomic particles called muons, which are by-products of cosmic radiation when it interacts with atoms in the upper layer of the Earth’s atmosphere. Muons- falling constantly to Earth almost at the same speed as light and at a rate of about 10,000 per square meter per minute – follow different paths when moving through stone or air. Thus, scientists were able to distinguish the hidden cavity within the pyramid.

By combining three different techniques of “x-ray” through muons, the scientists have confirmed beyond any doubt that an elongated empty space over 30 meters long lies above the Grand Gallery, is almost parallel to it and has a similar cross-section. For the time being, the exact structure and role of the empty space remain unknown, but future studies are expected to shed more light on the mystery. Scientists are not sure if the empty space, called “Large Void ScanPyramids” (from the name of the scientific mission), is single or divided into individual compartments and whether it is horizontal or sloping.

There is no consensus among scientists as to the exact building method of the Cheops Pyramid, which is considered the oldest of the seven wonders of the ancient world and the only one that has survived to this day, while generally being one of the oldest and greatest monuments on Earth. Herodotus describes the construction of the pyramid, but places it in 440 BC, i.e. about 2,000 years later. The only texts found from the era of the Pharaoh Cheops and discovered in 2013 are papyruses that relate to the work’s “logistics” (e.g. from where and how the stones were transported), but not the actual method of construction.

To date, three chambers on different levels, had been discovered in the Great Pyramid: those of the King, the Queen and one underground, that are connected by different corridors, the most well known being the “Grand Gallery”, which is almost 47 m long, 8.6 m high and 1-2m wide.

French and Japanese scientists stressed that, in future, the technologies of modern particle physics can be used more systematically to study—in  way that is neither catastrophic nor invasive—other monuments of antiquity. They have already been tested in monuments near Rome and Naples, as well as in the Pyramid of the Sun in Mexico.

In addition, muon detectors have already been utilized in particle accelerators, the study of volcanoes, in the detection of the interior of the damaged Fukushima nuclear reactor in Japan, in security control devices, and so on.