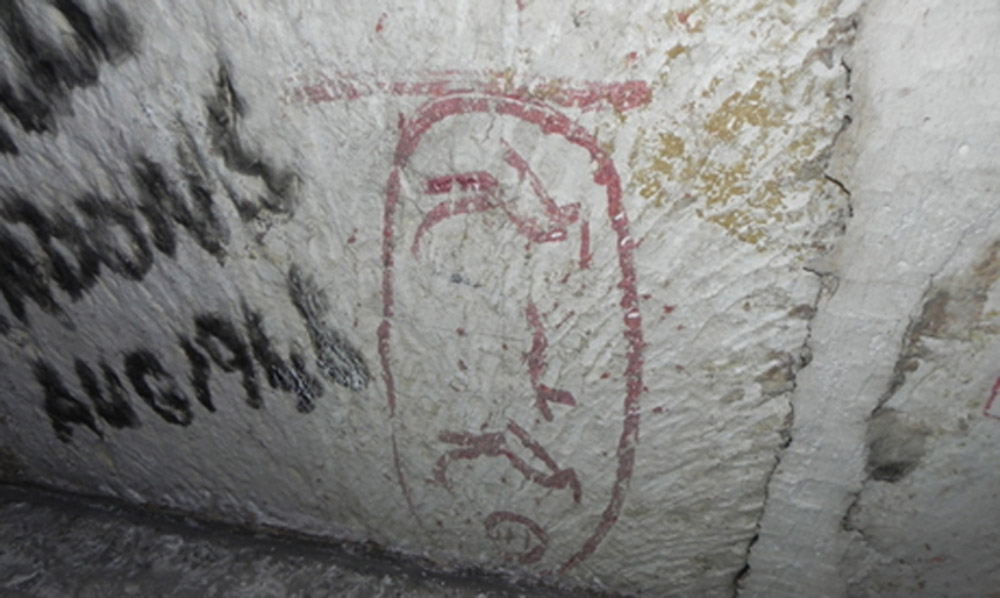 Egypt’s ministry of antiquities has decided to impose penalties on two German amateur archaeologists who stole samples of King Khufu’s cartouche from a small compartment above his burial chamber in the great pyramid.

MSA minister Mohamed Ibrahim referred the case against the two Germans to the prosecutor-general for further investigation, alleging that both amateur archaeologists had broken Egyptian law by entering the pyramid and taking the samples without permission from the MSA. They also smuggled the samples out of the country, in breach of international law and the UNESCO convention. Ibrahim  requested that the Egyptian police and Interpol put the names of both German archaeologists on the airport watch-list.

On the same ground, the Permanent Committee of the Ministry of the State of Antiquities (MSA) condemned such action and described it as a great violation of Egypt’s ancient heritage, and the great pyramid in particular – the only surviving monument of the seven wonders of the ancient world.

Head of the Ancient Egyptian Antiquities Section at the MSA, Mohamed Abdel Maqsoud, told Ahram Online that the committee has prohibited any archaeological cooperation between the MSA and Dresden University, who supported the work of the German archaeologists, as well as the scientific laboratory where the stolen and smuggled samples were analysed.

The findings of both archaeologists have been rejected, as they were carried out by amateurs not expert archaeologists, Maqsoud asserted.

The results from the two ameteurs’ “research” cast doubt on the construction date of the great pyramid and consequently the pharaoh for which it was built. The results suggest that the pyramid was built in an era preceding Khufu’s reign.

“This is totally false and nonsensical,” said Ahmed Saeed, professor of ancient Egyptian civilisation at Cairo University. He explains that accurate scientific research dates the cartouche within an era after the reign of Khufu.

The German embassy in Cairo responded to the incident in a press release, denouncing the actions of their two citizens and stating that the researchers are not affiliated with the embassy or the German Archaeological Institute, nor do they represent any official mission from Germany to Egypt.

The archaeological committee is now monitoring the loss and destruction made by both men in the great pyramid and to the cartouche.