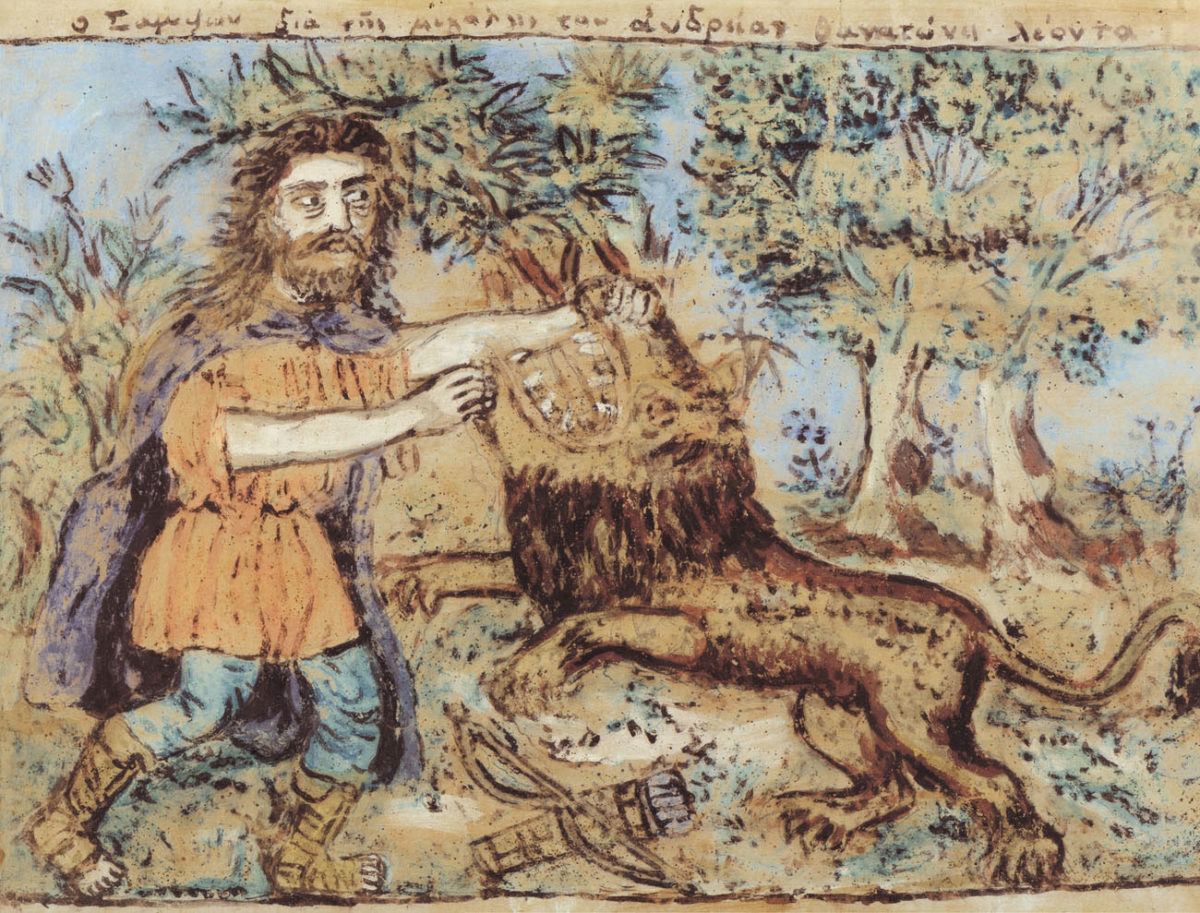 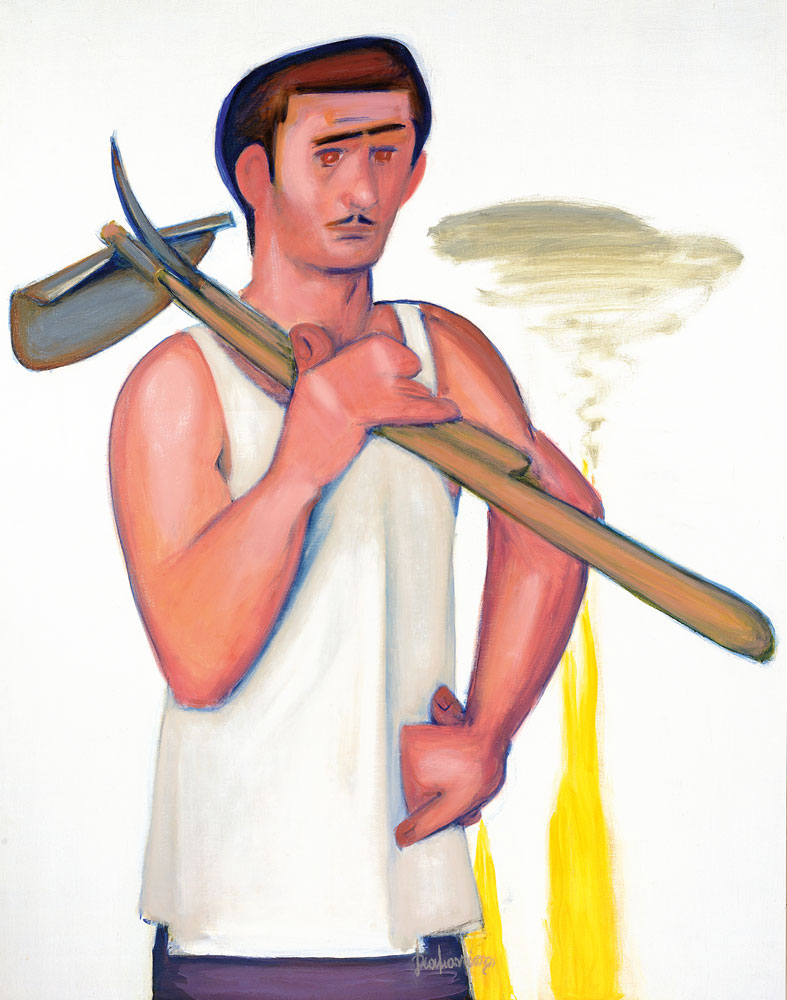 Representative works by a broad spectrum of 19th and 20th century artists, from Pericles Byzantios to Nikos Alexiou, are included in the big auction by the house of Vergos of Greek painting, philhellenic collectibles and historical objects, taking place in Athens on December 1.

The following works stand out:

-An unpublished work by Theophilos entitled “Samson slaying a lion”, which is an unknown and very interesting version of a subject that the great painter addressed at least three times between 1910 and 1932.

-“The Dancer” by Giorgios Bouzianis, an important work from the painter’s Athenian period (circa 1950)

-“The Worker” by Diamantis Diamantopoulos, one of the artist’s large works that rarely appear on the market

-“Winged spirit buttoning up his underpants” by Y. Tsarouchis, an excellent example from a series of spirits with butterfly wings exhibited in 1981 at the Macedonian Centre of Contemporary Art in Thessaloniki.

-“Reconstruction #56” by Loukas Samaras, the result of the famous artist’s experimentations with the technique of the machine stitched fabric.

As has been established in recent years, the auction will be completed by a section of works and objects of a philhellenic and historic interest, such as: French and Italian lithographs with themes from the Greek Revolution, oil paintings, clocks, porcelain and small collectibles, all of which are moving testimonies of the movement of Philhellenism that had once flourished in Europe.