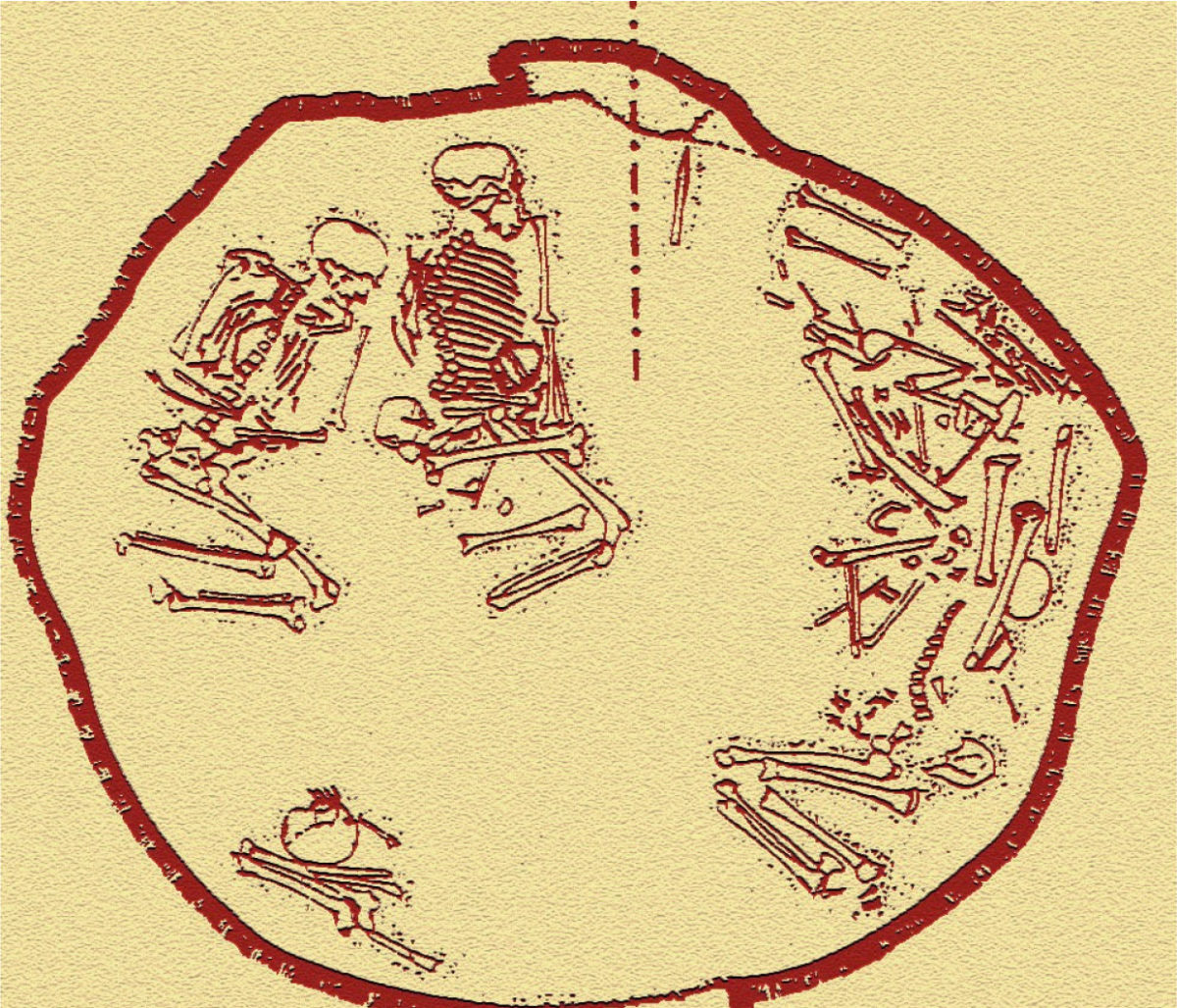 Bioarchaeologist Senior Researcher at the H.M. Wiener Laboratory for Archaeological Science, Dr Ioanna Moutafi will give a lecture entitled “A Tale of Social Bioarchaeology: Human Bones, Burial Practices and Social Dynamics in Mycenaean Achaia – The Case of Voudeni”, on Thursday, November 25, 2017, at 7.00 p.m.

The 2nd meeting of the Mycenaean Seminar will be at the Swedish Institute at Athens (Mitsaion 9). The lecture will be held in Greek with a PowerPoint in English.

This lecture presents a holistic bioarchaeological approach to the social dimensions of Mycenaean mortuary practice, with special reference to the treatment of the dead body. The study is based on the case of Voudeni, an important Late Helladic (1400-1050 BC) chamber tomb cemetery in Achaea.

The complex funerary ritual of the Mycenaean period is characterised by collective burials, tomb re-use and variable secondary treatment of earlier interments. Despite growing interest in the social dimensions of Mycenaean mortuary practice, there is still a gap between theory and empirical data, while the study of human bones often remains secondary. As a result, funerary activities are only partially reconstructed. A wide variety of specific acts are often lumped under the term ‘secondary burial’, while, in fact, they may reflect rather different ideological notions. The issue is further complicated due to inherent taphonomic problems of collective tombs.

In this study, it is argued that the most effective way to address the complexity of Mycenaean collective burials is through an emic understanding of the actions and experiences both of the living actors, the mourners, and the dead themselves. The key is an integrative approach that brings together abstract theory with a multi-disciplinary study of both cultural and biological data, based on the most up-todate methodology for the analysis of commingled assemblages. Human bones are viewed as the primary strand of evidence and are examined through a dual prism: both as subject of their own osteo- biographies and as objects of the acts and experiences of the living.

Under this scope, a single specific case-study, Voudeni in Achaea, was selected, with the aim to reconstruct the treatment of the dead to an unprecedented level of detail and explore the relationship between changing social conditions and mortuary practice at many different levels. The uniquely large and well-documented body of bio-cultural data from Voudeni offers the opportunity to look closely at the mortuary practices of a community living in one of the most interesting areas of the Mycenaean world, both during the palatial LHIIIA-B and the transitional post-palatial LHIIIC period. The aim is to shed new light both on: a) various issues of current Mycenaean mortuary research, such as: specifics of tomb re-use; form and diversity of funerary practices; sequence and frequency of mortuary events; demographic composition and mortality profiles; organising principles in the diversity of mortuary activities; differential inclusion and visibility between social groups; differential funerary treatment based on different identities (e.g., sex/age); changes in notions of personhood and social relationships; and b) the changing social conditions in Achaea, especially during the transitional LHIIIC period.

Τhe contextual examination of temporal shifts in burial customs and demographic data illuminates how funerary change relates to the shifting social conditions. Key questions about the LHIIIC social developments in Achaea are addressed, including: a) the extent of cultural and social continuity between the two periods; b) population increase and the possibility of refugee influx from the palatial centres; and c) the rise and character of a (new?) local elite. The results demonstrate that even subtle changes in the collective burial rites represent meaningful social acts, integral to the creation of transforming social conditions during the transitional period that followed the collapse of the Mycenaean palaces.