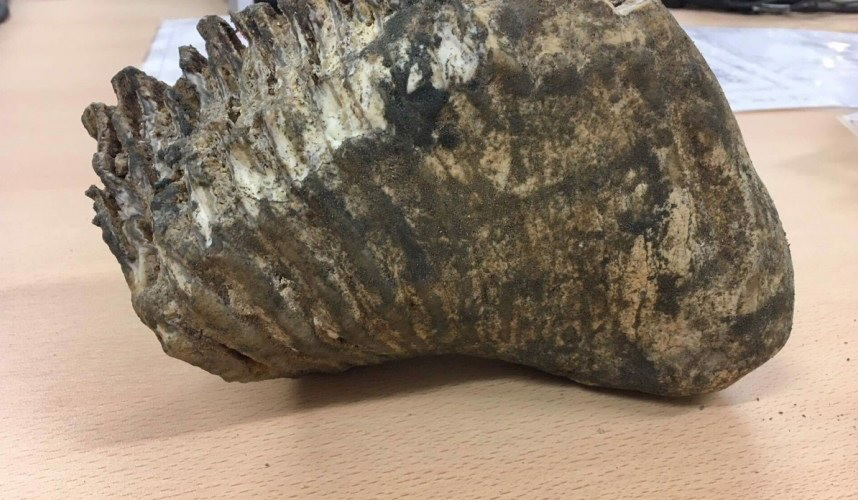 The excavation of the Wellington Dock Navigation Channel

The team working on Port of Dover’s flagship Dover Western Docks Revival (DWDR) has made a mammoth discovery after unearthing a fossilised mammoth tooth during the excavation of the Wellington Dock Navigation Channel.

The incredible find was made by the principal contractor’s piling supervisor and was being overseen by specialist heritage experts, Archaeology South-East (ASE), who are controlling the excavation at the DWDR construction site.

Kristina Krawiec, Senior Archaeologist, ASE said: “This mammoth find is one of a range of similar finds from the region. It will be subjected to scientific analysis as part of the ongoing archaeological works at the site.”

It’s not clear how old the tooth is, but the last mammoths are believed to have walked in Britain over 14,000 years ago.

What happened to the mammoth still remains a mystery, but some believe that they were wiped out by an asteroid which sparked huge climate change. Other theories suggest human hunting was to blame.

Josie Sinden, DWDR Conservation Officer, Port of Dover said: “It’s not clear how the tooth ended up in Dover, but some suggestions include it washing down the River Dour, washing up on the beach, used as some sort of structure by previous inhabitants or even purposely placed as a sacred item.”

The ferry services operating between Dover and France are sometimes referred to as providing a sort of land bridge. The mammoth tooth illustrates the fact the UK was once connected by land to the rest of the near continent across which mammoths and other prehistoric creatures may have once roamed.”