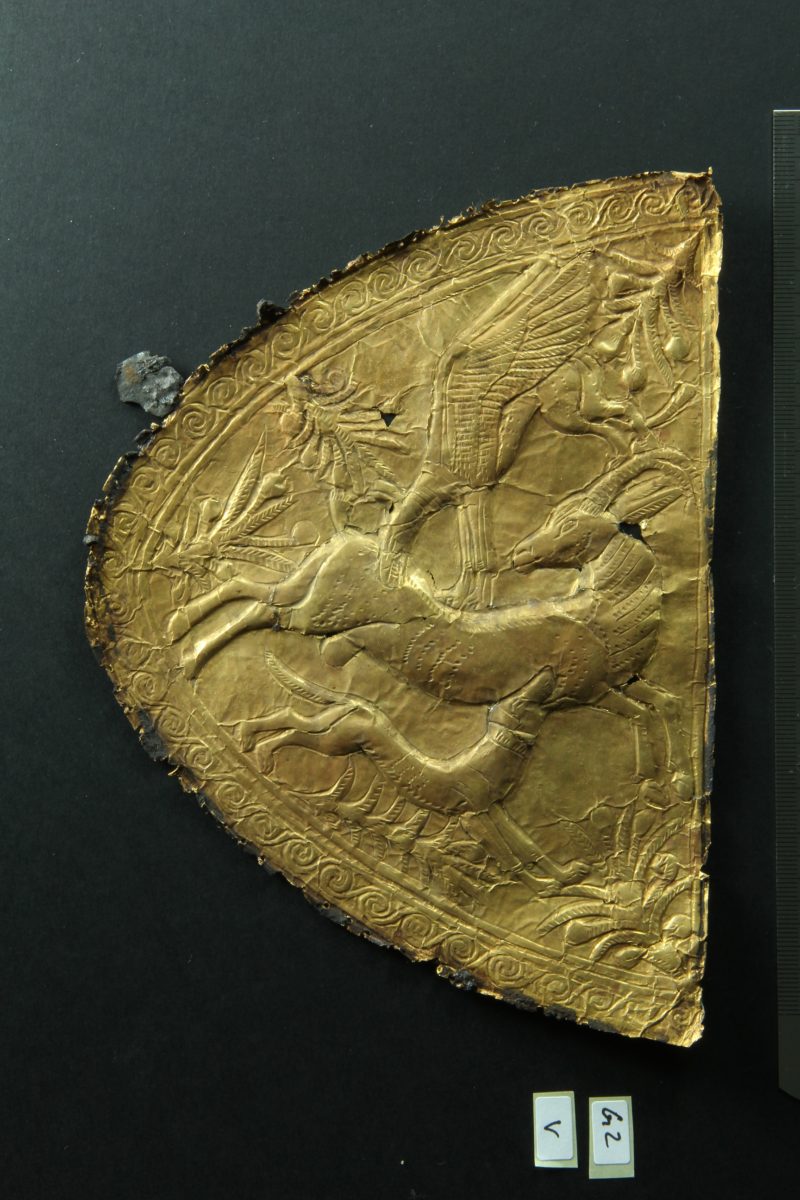 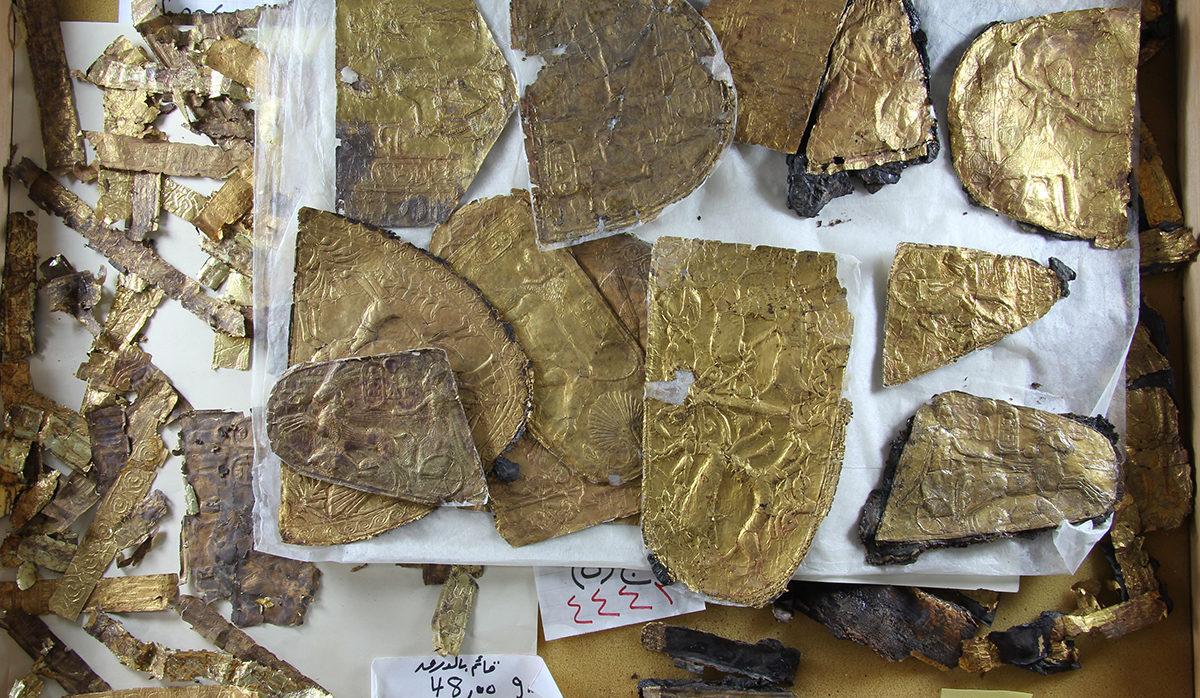 As part of a German-Egyptian project, archaeologists from Tübingen for the first time examine embossed gold applications from the sensational find of 1922. The motifs indicate surprising links between the Levant and the Egypt of the pharaohs.

Researchers from Tübingen working on a German-Egyptian project have examined embossed gold applications from the treasure of the tomb of the pharaoh Tutankhamun for the first time. The objects come from the famed find made by English archaeologist Howard Carter in 1922. Until now, they had been held in storage at the Egyptian Museum Cairo. They can be seen at a special exhibition at the museum which began on Wednesday. Conservators and archaeologists of the Institute of Ancient Near Eastern Studies (IANES, Professor Peter Pfälzner), the German Archaeological Institute, Cairo, (DAI, Professor Stephan Seidlmayer), and the Römisch-Germanischen Zentralmuseums Mainz (RGZM, Professor Falko Daim), as well as the Egyptian Museum have spent four years (2013-2017) analysing the find. The German Foreign Office and the German Research Foundation (DFG) funded the work.

Through painstaking hours in the lab, the partners restored the objects at the Egyptian Museum. They also made drawings of the items and did comprehensive research on them. A team of conservators, Egyptologists and specialists in Near Eastern archaeology found the embossed gold applications in the same crate they were placed in by Howard Carter’s team immediately after their discovery. At the time, the artefacts were photographed and packed, unrestored, and were never again removed until this project.

Among these are images of fighting animals and goats at the tree of life that are foreign to Egyptian art and must have come to Egypt from the Levant. “Presumably these motifs, which were once de-veloped in Mesopotamia, made their way to the Mediterranean region and Egypt via Syria,” explains Peter Pfälzner. “This again shows the great role that ancient Syria played in the dissemination of culture during the Bronze Age.”

Interestingly, he adds, similar embossed gold applications with thematically comparable images were found in a tomb in the Syrian Royal city of Qatna. There, the team of archaeologists from Tübingen led by Pfälzner, discovered a pristine king’s grave in 2002. It dates back to the time of around 1340 B.C., so it is just a bit older than Tutankhamun’s tomb in Egypt. The archaeologist says, “This remarkable aspect provided the impetus for our project on the Egyptian finds.” Now”, says Pfälzner, “we need to solve the riddle of how the foreign motifs on the embossed gold applications came to be adopted in Egypt”. The professor says that here, chemical analyses have been illuminating. “The results showed that the embossed gold applications with Egyptian motifs and the others with foreign motifs were made of gold of differing compositions,” he says. “That does not necessarily mean the pieces were imported. It may be that various local workshops were responsible for producing objects in various styles – and that one used Near Eastern models.”

After the current initial exhibition of these objects in Cairo, they will be on display in future in the new Grand Egyptian Museum close to the pyramids at Gizeh. Now, almost a century after they were discovered, and thanks to the work of archaeologists from Tübingen and Egyptologists and conser-vators from Mainz and Cairo, the scientific analysis of these artefacts from one of Egypt’s most sen-sational archaeological finds has been completed.