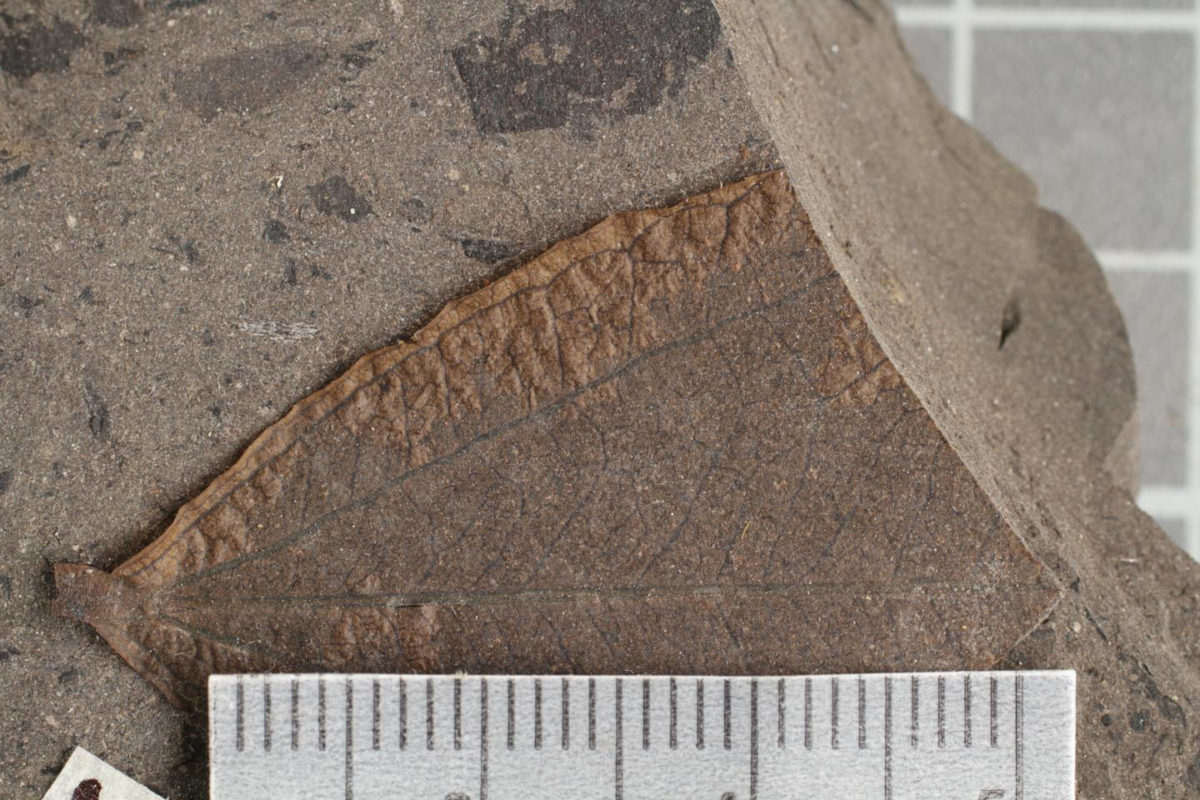 Based on fossil leaves from Africa

Fossil leaves from Africa have resolved a prehistoric climate puzzle — and also confirm the link between carbon dioxide in the atmosphere and global warming.

Research until now has produced a variety of results and conflicting data that have cast doubt on the link between high carbon dioxide levels and climate change for a time interval about 22 million years ago.

But a new study has found the link does indeed exist for that prehistoric time period, say researchers at Southern Methodist University, Dallas.

The finding will help scientists understand how recent and future increases in the concentration of atmospheric carbon dioxide may impact the future of our planet, say the SMU researchers.

The new analyses confirm research about modern climate — that global temperatures rise and fall with increases and decreases in carbon dioxide in our atmosphere — but in this case even in prehistoric times, according to the SMU-led international research team.

The new SMU discovery that carbon dioxide behaved in the same manner millions of years ago that it does today has significant implications for the future. The finding suggests the pairing of carbon dioxide and global warming that is seen today also holds true for the future if carbon dioxide levels continue to rise as they have been, said geologist Tekie Tesfamichael, lead scientist on the research.

“The more we understand about the relationship between atmospheric carbon dioxide concentrations and global temperature in the past, the more we can plan for changes ahead,” said Tesfamichael, an SMU postdoctoral fellow in Earth Sciences.

“Previous work reported a variety of results and conflicting data about carbon dioxide concentrations at the two intervals of time that we studied,” he said. “But tighter control on the age of our fossils helped us to address whether or not atmospheric carbon dioxide concentration corresponded to warming — which itself is independently well-documented in geochemical studies of marine fossils in ocean sediments.”

The researchers reported their findings in Geology, the scientific journal of the Geological Society of America, in the article “Settling the issue of ‘decoupling’ between atmospheric carbon dioxide and global temperature: [CO2]atm reconstructions across the warming Paleogene-Neogene divide.”

Co-authors from SMU’s Roy M. Huffington Department of Earth Sciences are professors Bonnie Jacobs, an expert in paleobotany and paleoclimate, and Neil Tabor, an expert in sedimentology and sedimentary geochemistry.

The findings were possible thanks to the rare discovery of two sites with extraordinarily well-preserved fossil leaves of flowering plants from the Ethiopian Highlands of eastern Africa.

Such well-preserved fossil leaves are a rarity, Tesfamichael said.

“Finding two sites with great preservation in the same geographic region from two important time intervals was very fortunate, as this enabled us to address the question we had about the relationship between atmospheric carbon dioxide concentration and global temperatures,” he said.

Scientists know that variations in the concentration of atmospheric carbon dioxide affect carbon fixation in leaves during photosynthesis. This causes leaves to develop anatomical and physiological changes such as the frequency and size of stomata — the pores on the surface of a leaf through which carbon passes.

Scientists can measure those attributes, among others, in fossil leaves, so that leaf fossils can be used as proxies for Earth’s atmospheric carbon dioxide history.

The sites producing the leaves for the SMU study were discovered separately in years past, but major fossil collections were produced through field work coordinated by the SMU research team and their co-authors, who have been collaborating on this project for several years.

The work has had funding from the National Science Foundation, The National Geographic Committee for Research and Exploration, the SMU Ford Fellowship Program, SMU Research Council, the Institute for the Study of Earth and Man, and the Dallas Paleontological Society Frank Crane Scholarship.

One of the sites dates to the late Oligocene Epoch, and the other to the early Miocene.

Previous studies that measured ocean temperatures from around the world for the two intervals have firmly established a temperature difference on Earth between the two times, with one much warmer than the other. So the SMU study sought to measure the levels of carbon dioxide for the two time periods.

For the SMU analyses, fossil leaves of a single species were collected from the 27 million-year-old late Oligocene site. The leaves had been deposited during prehistoric times in the area of Chilga in northwest Ethiopia most likely at a river bank. The Earth’s climate during the late Oligocene may have been somewhat warmer than today, although glaciers were forming on Antarctica. The SMU study found carbon dioxide levels, on average, around 390 parts per million, about what it is on Earth today.

Fossil leaves of the 22 million-year-old species from the early Miocene were collected from ancient lake deposits, now a rock called shale, from the modern-day Mush Valley in central Ethiopia. The early Miocene climate at that time was warmer than the late Oligocene and likewise the SMU study found higher carbon dioxide levels. Atmospheric carbon dioxide was about 870 parts per million, double what it is on Earth today.

The SMU study confirmed a relationship between carbon dioxide and temperature during the late Oligocene and early Miocene.

While carbon dioxide isn’t the only factor affecting Earth’s climate or global mean temperature, it is widely considered by scientists among the most significant. Much is known about climate change and global warming, but questions still remain.

The finding is an important one.

“The amount of temperature change during this interval is approximately within the range of the temperature change that is estimated from climate models for our next century given a doubling of carbon dioxide concentration since the industrial revolution,” Jacobs said.

With the new model reaffirming the prehistoric relationship, scientists can look now at related questions, said climate change scientist Lauren Michel, who worked on the study as a post-doctoral researcher at SMU.

“Answering questions about the rate of change and which factors changed first, for example, will ultimately give a clearer picture of the Earth’s climate change patterns,” Michel said. “I think it is valuable to understand the relationship of greenhouse gases and climate factors represented in the rock record so we can have a better idea of what we can expect in the future and how we can prepare for that.”

Previous studies found little to no correlation between temperature and carbon dioxide for the late Oligocene and early Miocene. That has puzzled paleoclimate researchers for at least a decade.

“We have a good test-case scenario with these well-preserved plants from both time slices, where we know one time slice, with higher levels of carbon dioxide, was a warmer climate globally than the other,” Tesfamichael said.

“It’s been a puzzle as to why the previous methods found no relationship, or an inverse correlation,” he said. “We think it’s for lack of the well-dated proxy — such as our fossil leaves from two precise times in the same region — which deliver a reliable answer. Or, perhaps the models themselves needed improvement.”

Previous studies used methodologies that differed from the SMU study, although all methods (proxies) incorporate some aspects of what is known about living organisms and how they interact with atmospheric carbon dioxide.

“Each method has its assumptions,” said Tesfamichael. “We will see if our results hold up with further studies of this time interval using the same methodology we used.”