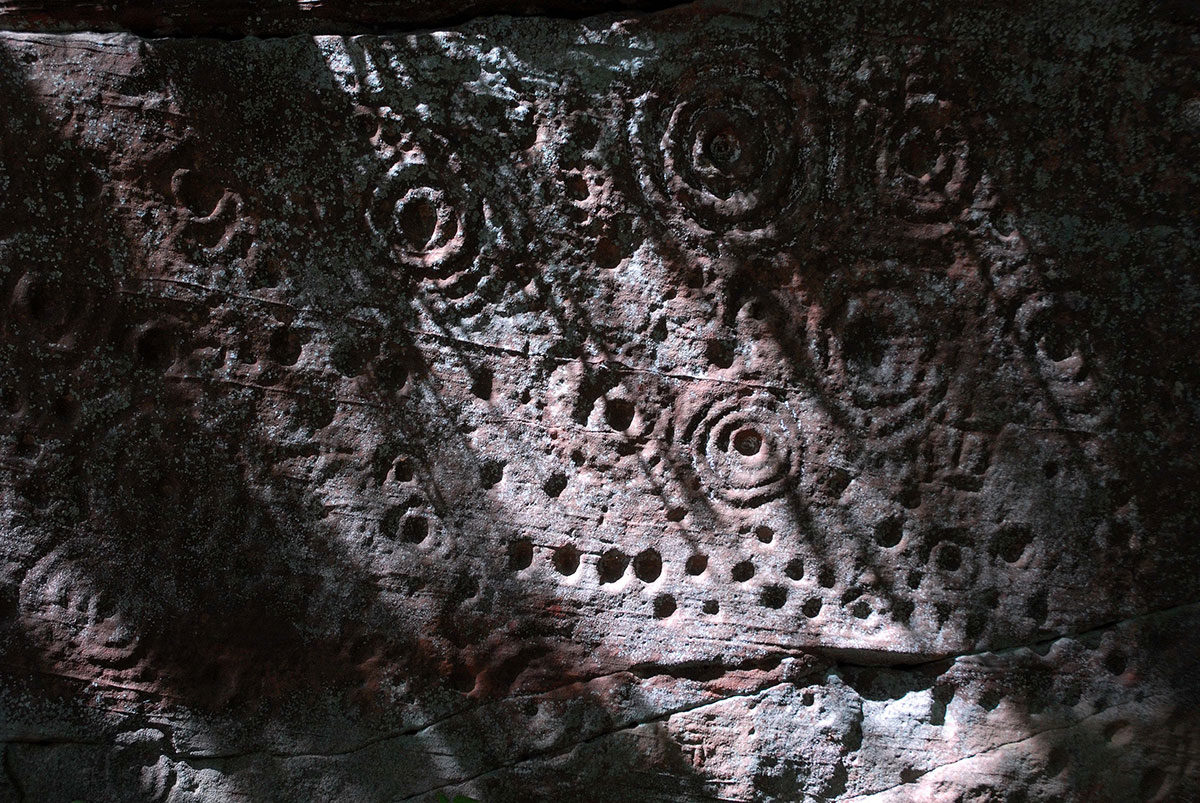 GPS locates the site of the rock art, and users then log its condition

Rock art – also known as cups and rings – is under threat. Made by our Neolithic and Early Bronze Age ancestors between 6000 and 3800 years ago, it is mostly found in the countryside. There are more than 6,000 panels in the UK and Ireland – but increasing population densities and agriculture, along with climate change, pose a danger to it.

That’s where the new app comes in. GPS locates the site of the rock art, and users then log its condition. It registers the state of the motifs and any potential threats – such as damage from being driven over or livestock.

Dr Aron Mazel, Reader in Heritage Studies, in the School of Arts and Cultures at Newcastle University said: “Previously, any reporting was done on paper and that’s not always practical when you’re in the middle of the countryside and there’s a heavy wind.

“Almost everyone has a smartphone with them at all times, so creating an app was the obvious way to solve the problem.”

If there is no mobile phone signal – as is common in parts of the countryside, the reports are saved and can be uploaded once a new signal has been located.

Once uploaded, the reports are distributed to the University’s project team, via the dedicated ‘Heritage and Science: Working Together in the CARE of Rock Art’ project portal, and directly to heritage officials in the counties in which the art is located. A scorecard has been developed to measure the overall risk to the art.

“What’s nice about the app is that as well as flagging up any immediate concerns, it also gives us a baseline,” said Dr Myra Giesen, a Visiting Fellow in the School of History, Classics and Archaeology, at Newcastle University. “This means we’ll be able to monitor how the rock art is doing over a period of years.”

The app is downloadable free from Google Play (Android) or Apple iTunes (iOS), searching on ‘CARE Rock Art.’ Also visit the project portal (https://rockartcare.ncl.ac.uk/) to learn more about the project, which was set up to develop materials and research that aid in the safeguarding of threatened open-air rock art.