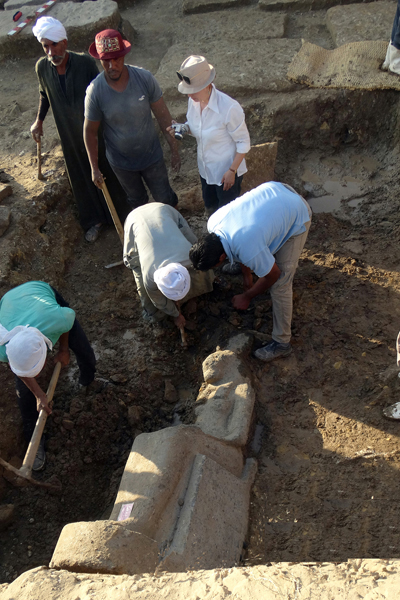 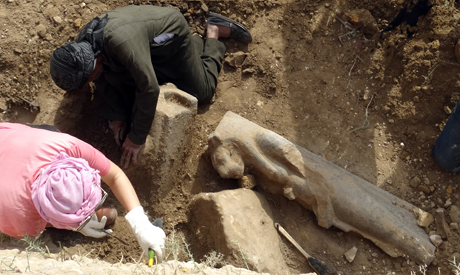 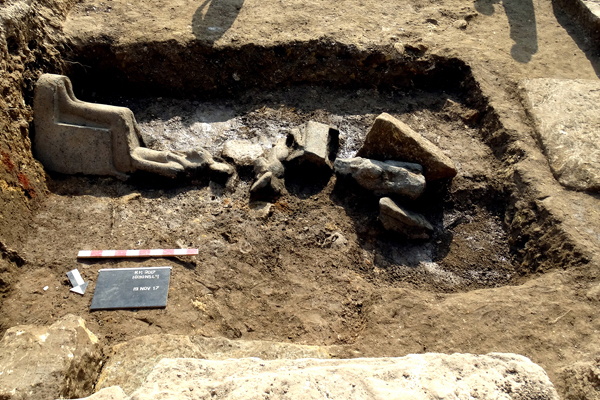 Statues of Sekhmet found in Luxor

In the framework of the King Amenhotep III Temple Conservation Project

A collection of 27 fragmented statues of the lioness goddess “Sekhmet” has been discovered during excavations carried out by an Egyptian-European Archaeological Mission at the Colossi of Memnon area, in the framework of the King Amenhotep III Temple Conservation Project, on the West Bank of Luxor, led by Dr. Hourig Sourouzian.

Dr. Mostafa Waziri, Secretary-General of the Supreme Council of Antiquities explains that all the discovered statues were carved in black granite and had a maximum height of about
2 meters. Some represent the goddess “Sekhmet” sitting on a throne, holding the symbol of life in her left hand, or standing and holding a papyrus sceptre.

The mission is now carrying out works of archaeological cleaning and conservation of the items discovered, in order to prepare them for display when the project completed.

Fathi Yassin, Director-General of the West Bank Antiquities in Luxor explains that the mission began the excavations in the site in 1998. Until now archaeologists discovered about 287 statues of the goddess “Sekhmet”, one of the member of the Memphis city triple, which is her name mean the Great Woman, Ptah’s beloved, eyes Ra, the lady of war and  the lady of the two land (upper and lower).