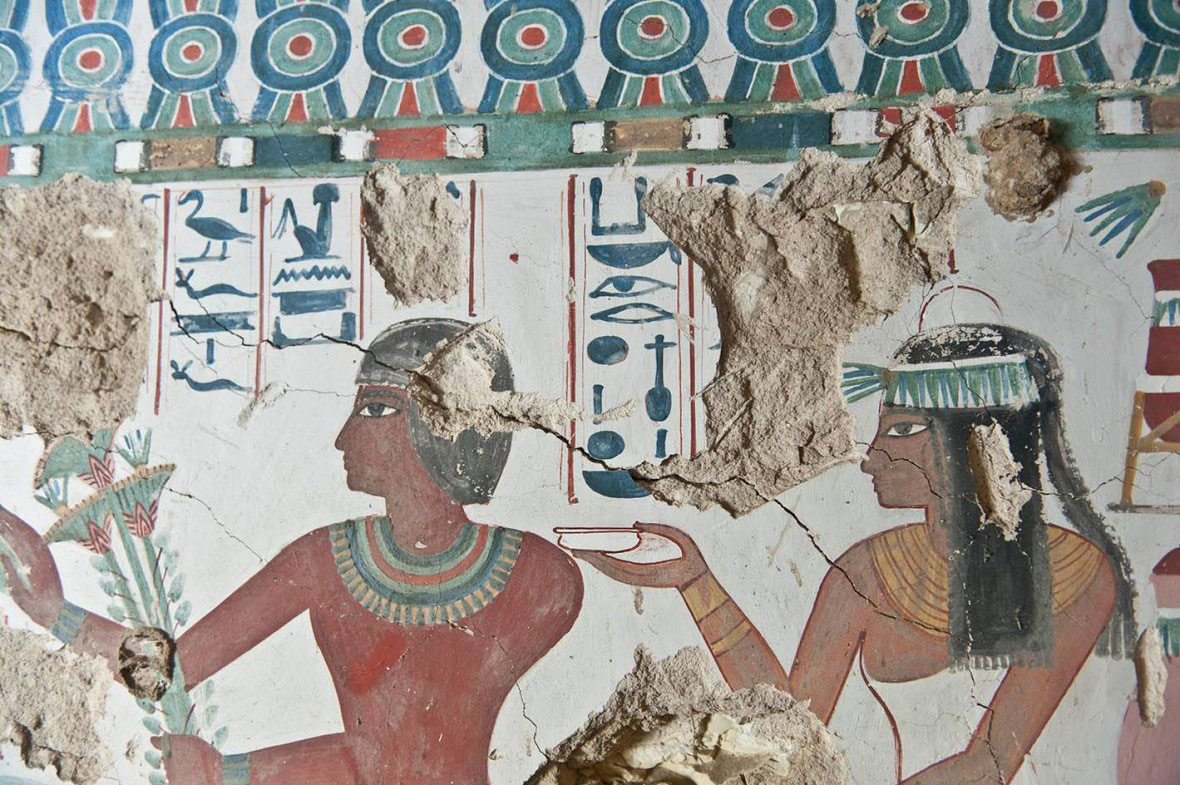 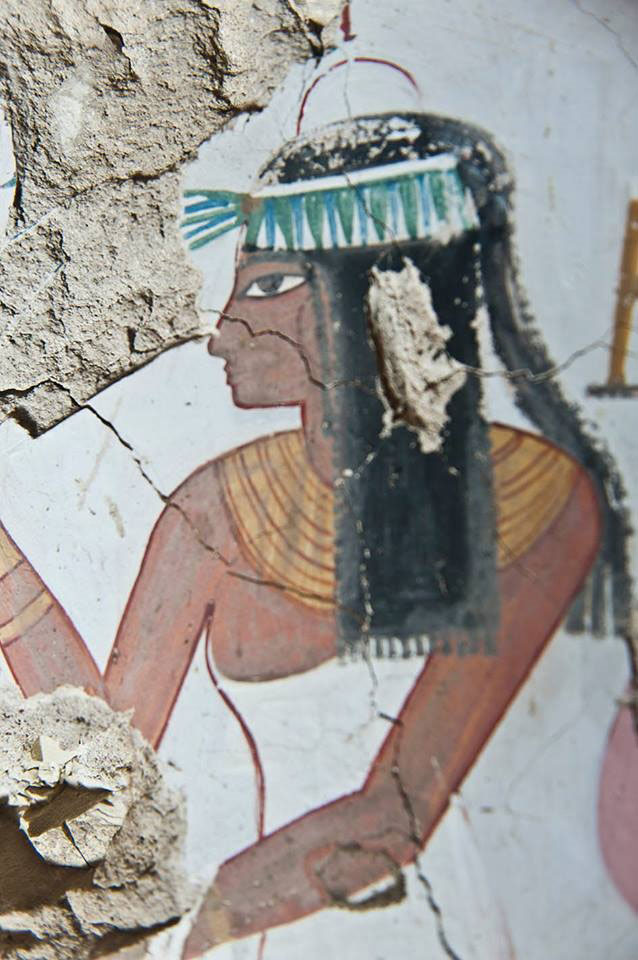 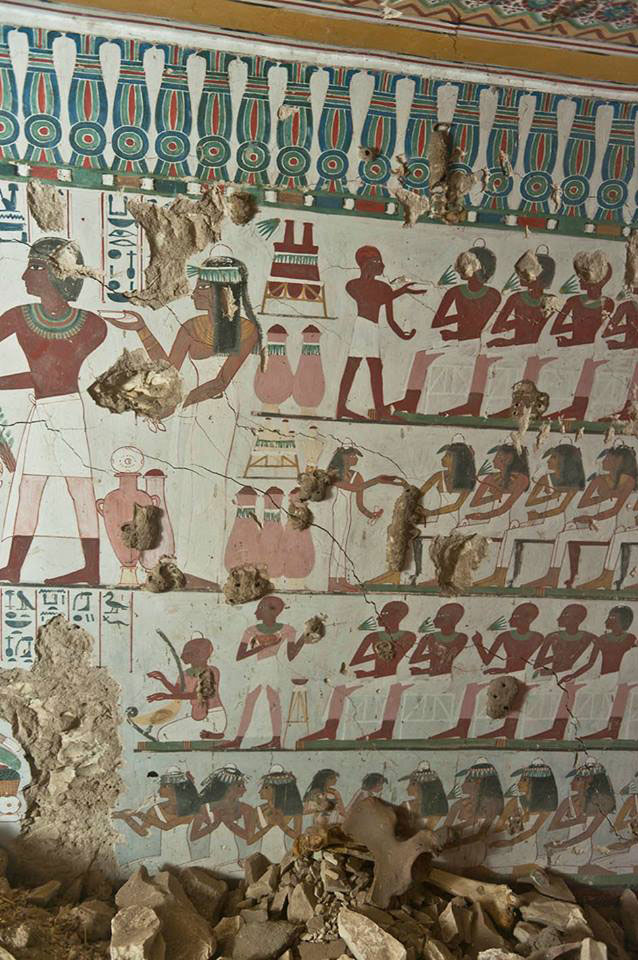 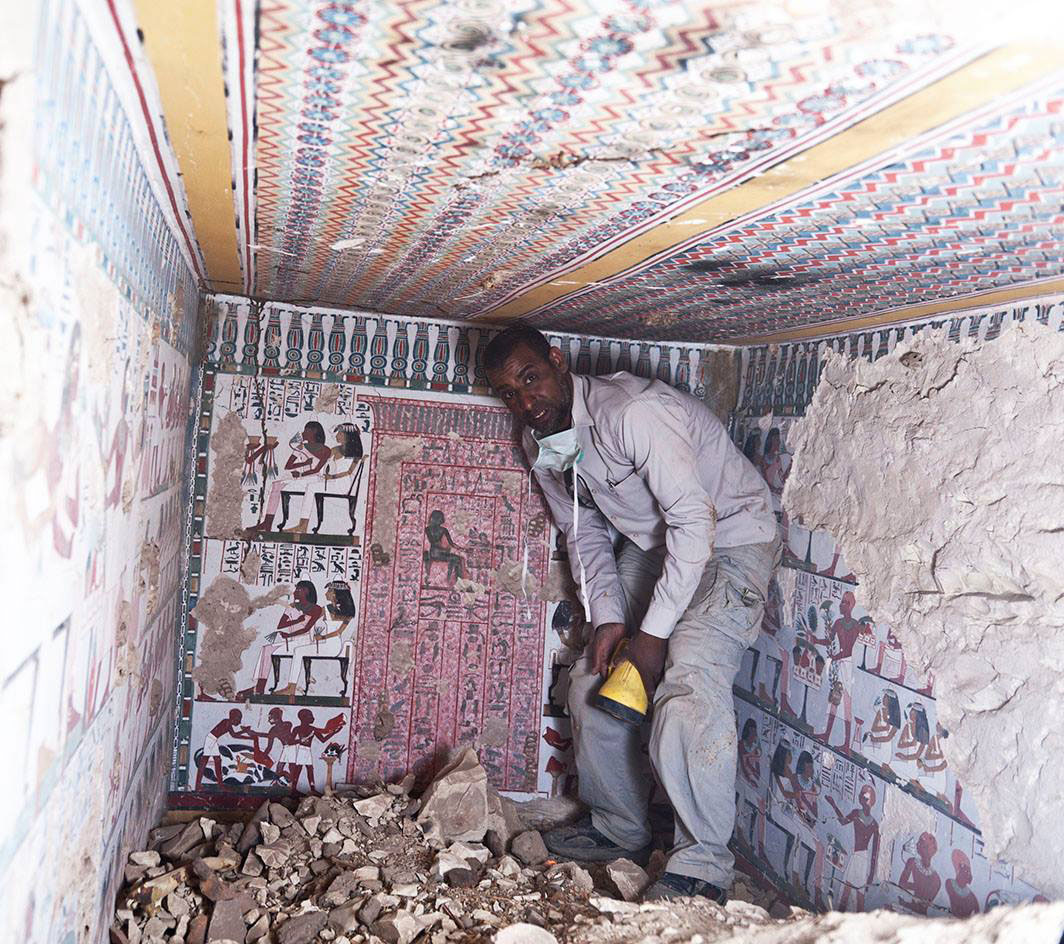 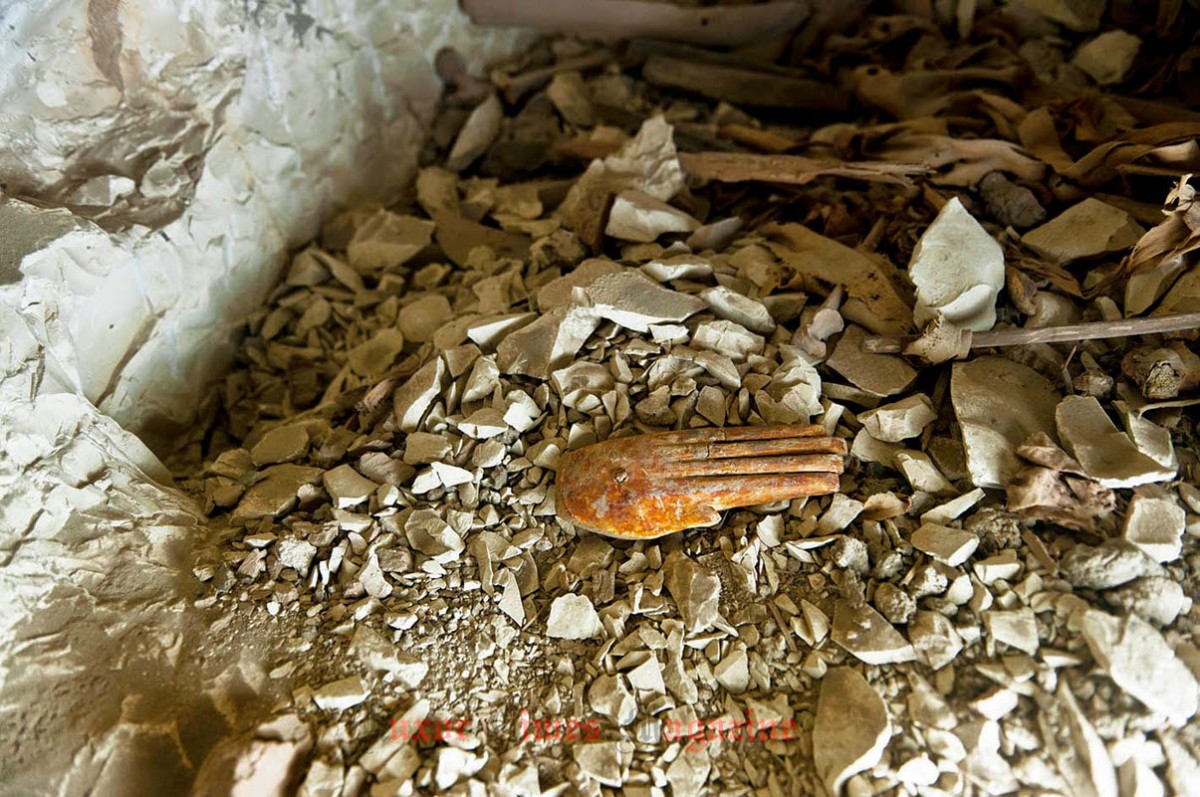 Archaeologists from the American Research Center in Egypt have discovered another 18th Dynasty tomb at Al-Qurna, on the west bank of Luxor.

It is the second ancient Egyptian tomb that has been discovered by archaeologists just a week after the discovery of the crypt of temple guard Amenhotep, the door-keeper to the god Amun.

The announcement was made by the Minister of Antiquities Mamdouh al-Damaty, who stated that the wall paintings on the tomb “are records of daily life practices that prevailed in that era”.

The New Kingdom tomb belonged to Satmut and his wife Ta-kh-at and paintings on the walls  depict scenes from celebrations as well as from their daily life. It was probably damaged in ancient times and some of the scenes and inscriptions were erased. The damage probably took place during the the religious revolution under the rule of revolutionary Pharaoh Akhenaton.

Both newly discovered tombs were found near the courtyard of the Tomb of Djehuty (TT110), a general under the ancient Egyptian king Thutmose III. All three are believed to have shared the same courtyard. “The new tomb lies to the east of TT110 and shares the same courtyard; the door of the newly discovered tomb opens to the north, and to the south of the door of the first tomb of (Amenhotep, Rebiu),” the ministry said.