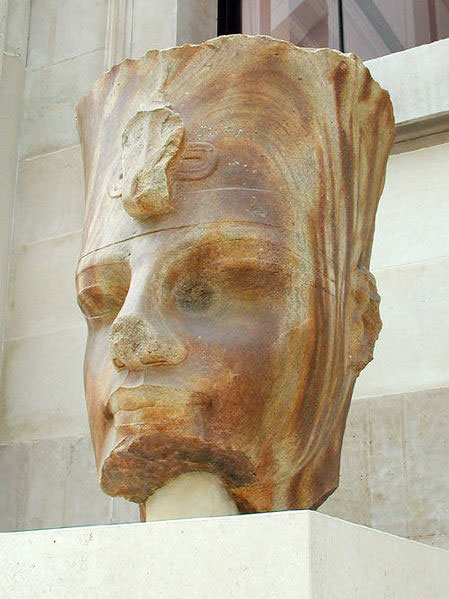 A large statue of King Amenhotep III, the grandfather of the boy-pharaoh Tutankhamun, who ruled nearly 3,400 years ago, has been unearthed in Egypt.

The Supreme Council of Antiquities says the latest find was made at the king’s funerary temple in the southern city of Luxor.

The 44 feet tall statue is made of colored quartzite. It is composed of several large pieces that once put together will depict the king as standing.

The latest find comes after several other relics of the king were unearthed last year in his mortuary temple on the west bank of the Nile River in Luxor.

Amenhotep III, who ruled Egypt between 1390 and 1352BC, is the father of Akhenaten, the “heretic pharaoh” considered a precursor of monotheism because he tried to impose the exclusive worship of Aten.