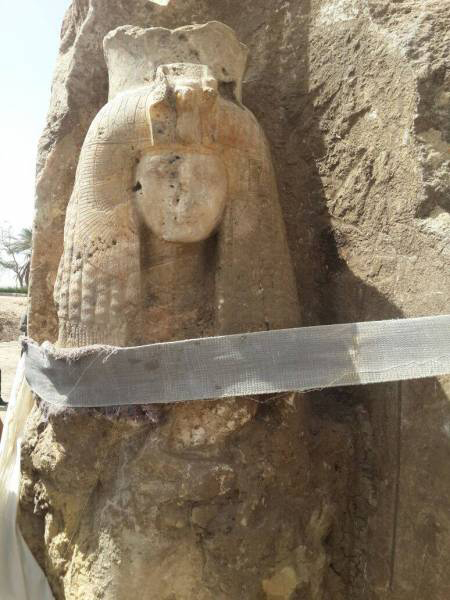 The newly discovered statue is carved in alabaster and uncovered beside the right leg of the lower part of a statue of her husband King Amenhotep III. Minister of Antiquities, Dr. Khaled El-Enany describes the queen statue as “beautiful, distinguished and unique.” He said that it is the first time to find an alabaster statue of Queen Tiye inside the temple as all her previously discovered ones were carved in quartzite.

Dr. Hourig Sourouzian, head of the mission said that the queen statue was accidentally discovered while lifting up the lower part of king Amenhotep III colossus. Dr. Sourouzian asserted that the statue is in a very good conservation condition and it still retains its ancient colours. Consolidation work and fine restoration are to be carried out on the statue.