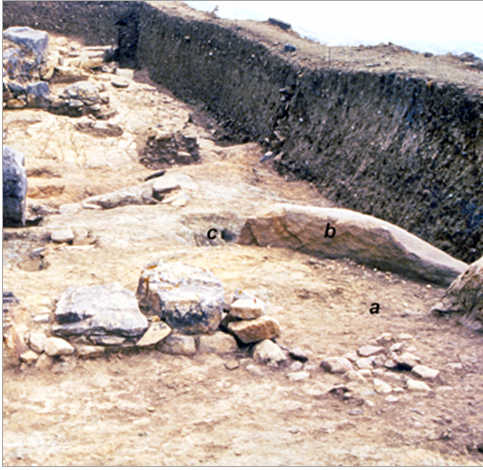 On Tuesday, December 12, 2017, Nota Kourou (Professor of Archaeology at the University of Athens, Emerita) will address the topic “From the Bronze to the Early Iron Age in the Cyclades with a focus on pottery and mortuary practices”. The lecture is part of the Cyladic Seminar series, organized by Marisa Marthari. The event will take place in the Archaeological Society at Athens (Panepistimiou 22, Athens), at 7.00 p.m.

The demise of palaces on mainland Greece at the end of the LH IIIB period was followed by huge social changes and population movements resulting in significant cultural changes throughout the Aegean. The collapse of the palace system, however, does not necessarily mark the end of the Mycenaean civilization. Post-palatial culture having deep roots in the palace period experienced a brief recovery at some areas during the Early and Middle LH IIIC period followed by a gradual decline that culminated in the Submycenaean period.

This rather commonly accepted explanatory model for mainland Mycenaean culture seems to fit well also to the Cyclades despite their “polynesian” geomorphology and its resulting regionalism. Mycenaean culture continued to flourish during the LH IIIC period, though mostly during its first stages, at several Cycladic centres (Phylakopi on Melos, Grotta on Naxos, Koukounaries on Paros, Ayia Thekla on Tenos etc.). Some of these sites are abandoned before the end of LC IIIC period, while others show evidence of habitation during the Protogeometric period.

Α significant problem in precisely defining the end of the Mycenaean civilization and the beginning of the new era in the Cyclades, on which the seminar is focusing, is the lack of sufficient archaeological data for this period. Submycenaean pottery (fig. 1) is almost non-existent in the Cyclades and the few surviving examples come from unknown or mixed contexts or from not well stratified sites. They will be discussed in detail at the seminar in an attempt to produce possible synchronisms and define more exactly the starting point of the new era. At the same time evidence beyond pottery, such as iron weapons, novel cultic (fig. 2) and mortuary practices or cyclopean walls at newly established sites, such as at Xobourgo on Tenos, which illustrate aspects of change and indirectly the period of the great twists and turns that shaped the classical world, will be presented and analysed.