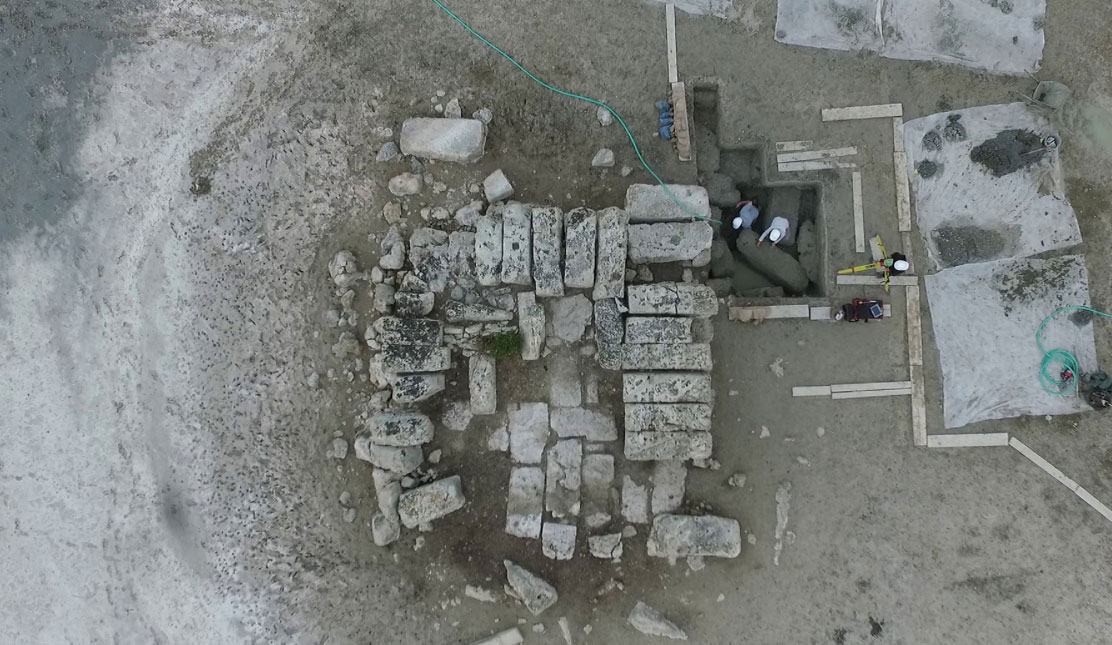 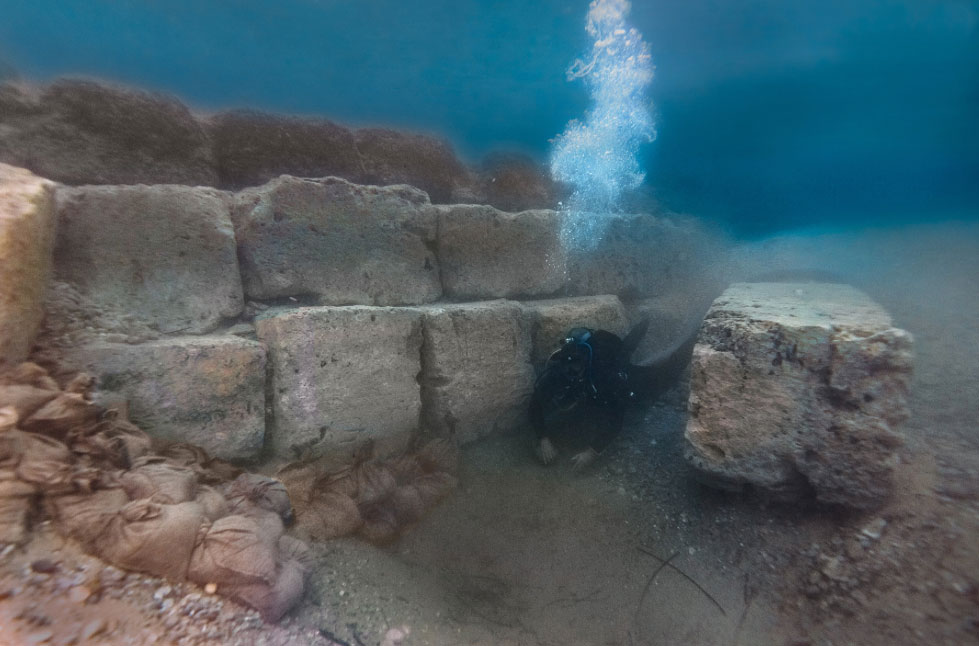 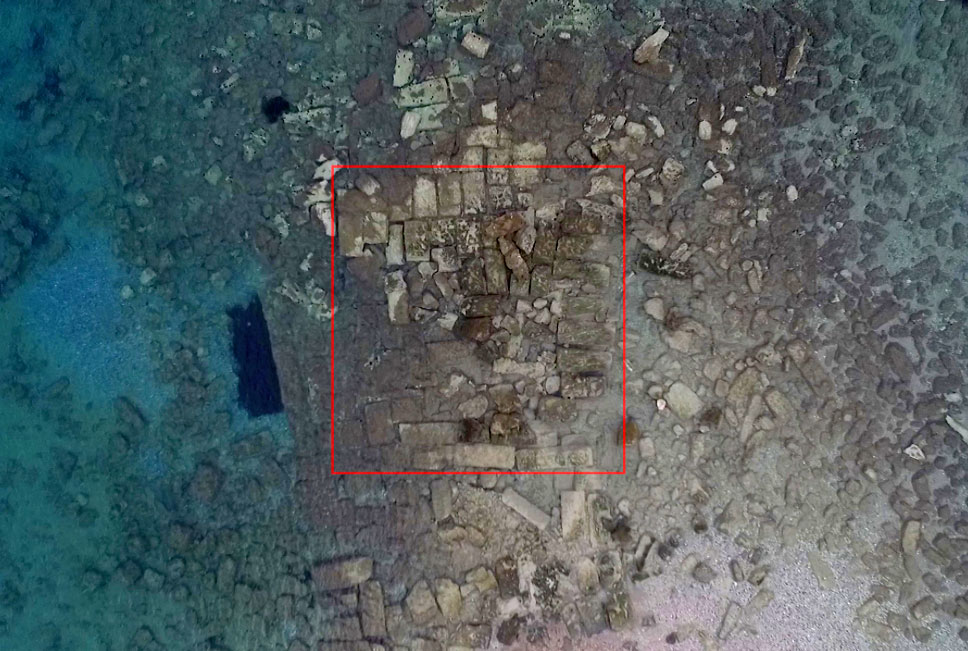 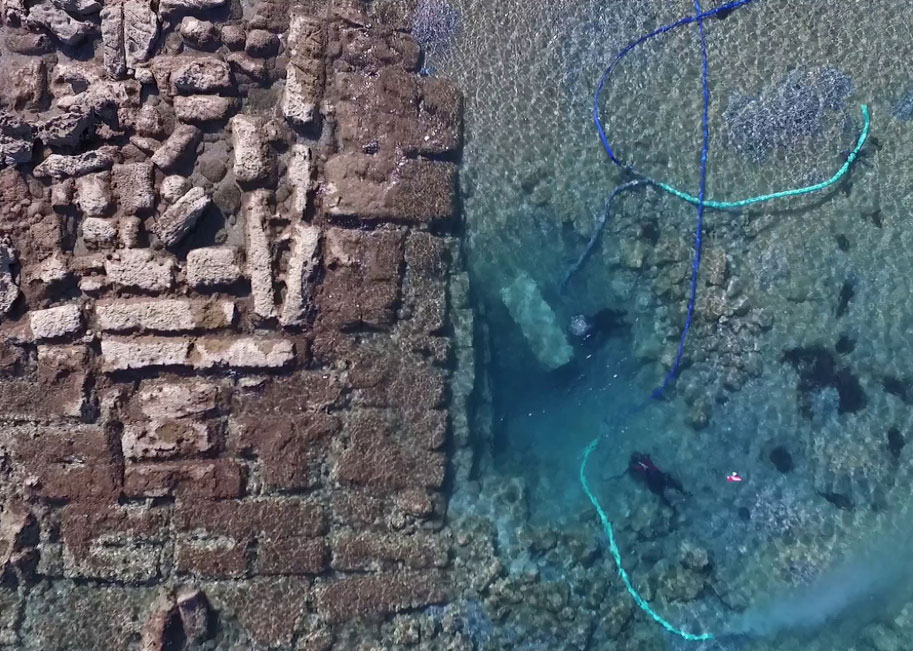 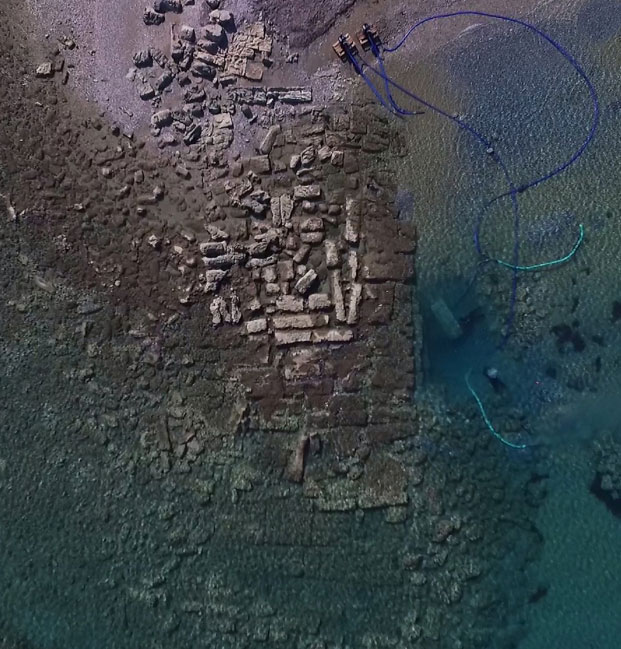 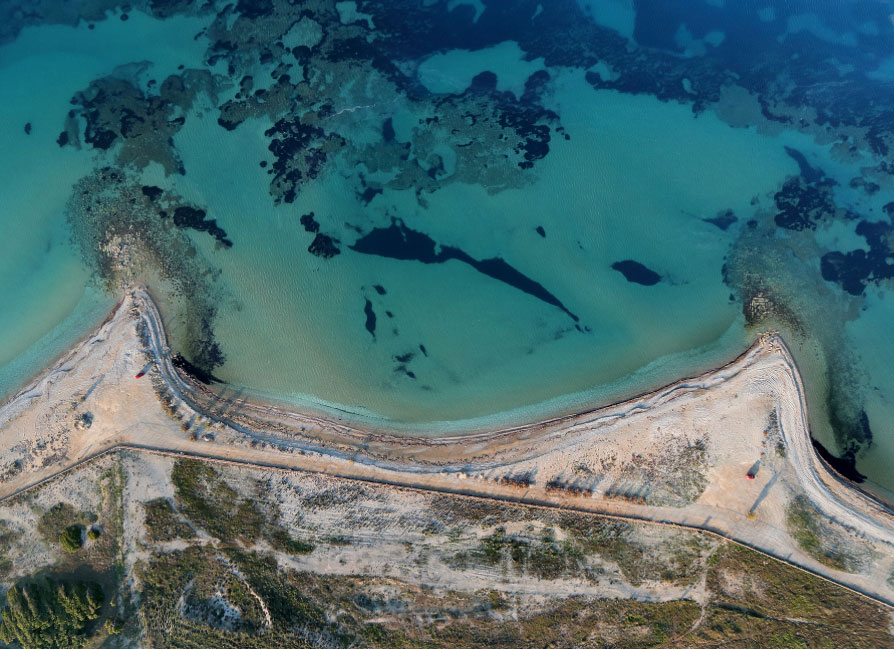 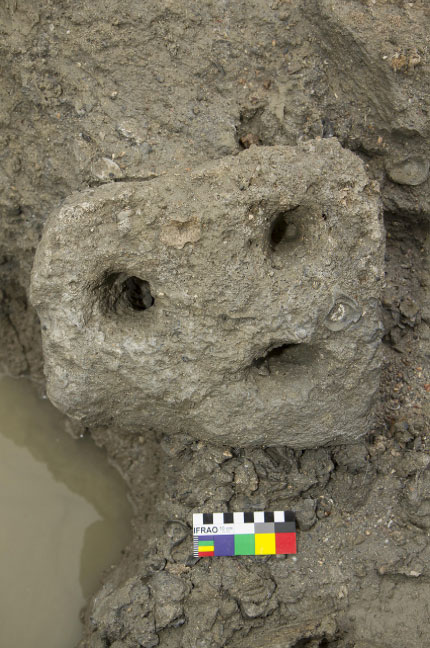 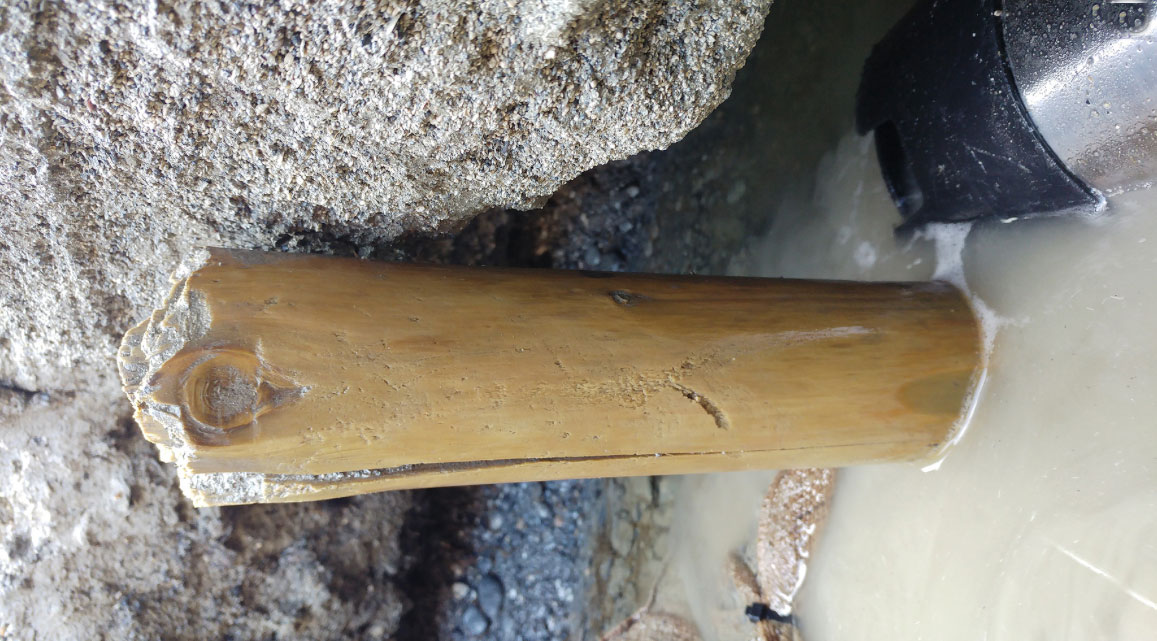 By the Lechaion Harbour Project

Research was conducted for the fifth consecutive year at the ancient harbour of Lechaion by the Lechaion Harbour Project. Between October and November 2017, excavations and digital surveys were made on remains of the two piers of the outer harbour (L-M1 and L-M2). For the first time, a detailed surface cleaning and excavation were also carried out on the remains of the building dominating the centre of Harbour Basin 3.

The Lechaion Harbour Project is a collaboration between the Ephorate of Underwater Antiquities and the Danish Institute at Athens to study and draw attention to the ancient Harbour of Corinth at Lechaion. The harbour played a key role in the long historical development of the city of ancient Corinth. Located about 3 kilometers from the ancient city and also facing the west, it was undoubtedly the most significant means of growth over different periods of Corinth’s prime. In 146 BC it was totally destroyed by the Roman general Mummius, but it soon revived and was once again used as a harbour after 44 BC when Corinth was re-established as Colonia Laus Iulia Corinthiensis.

Research is being conducted by the Ephorate of Underwater Antiquities headed by Dr D. Kourkoumelis and Dr. B. Lovén of the SAXO-Institute, University of Copenhagen, funded by the Augustinus Foundation and the Carlsberg Foundation. The most important results of this year’s research period are the following:

Inner Harbour: An excavation trench was opened east of the monumental structure located in the middle of Harbour Basin 3. The building measures 9×9 m, it consists of rectangular blocks bearing traces of sockets and its remains are four blocks in height. During the excavation, ceramics and other finds were located, dating from the 1st to the 6th century AD. Organic residues were also found and parts of treated wood preserved in excellent condition, due to anoxic conditions on the harbour basin bottom. Through analysis of the environmental DNA of organic residue it will be possible to recreate the flora and fauna of the Lechaion region from the various phases of antiquity. Respective findings in the Harbour Basin 3 area are also expected in future. Although its use remains unclear at present, the detached blocks found in the trench in conjunction with the findings indicate that the building was probably destroyed by an earthquake between 50- 125 AD and suffered further damage during the earthquake of the 6th century AD.

Outer harbour: Excavation trenches were opened east of Pier 1 (L-M 1) and west of Pier 2 (L-M 2). The purpose of the excavations was to reveal the foundations of the piers and to map their remains. The piers are preserved at a height of 4 blocks and are built in tiers. Specifically, Pier 2 (L-M2) appears to be standing on a layer of pebbles placed on the sandy seabed at a depth of approximately 3.5 m below today’s surface of the sea. Pier 1 (L-M1) has a length of 45 meters and a width of about 18 meters. Its remains are 4 meters high and are made of large blocks measuring 2.5×0.9×0.8 meters. On Pier 1 (L-M1) the ruins of a square building were found and mapped, measuring approximately 12 m x 12 m, which are possibly remains of another building’s foundations (probably a fortification tower or beacon).

At the same time, extensive samples were obtained of sedimentary cores and three-dimensional aerial images taken, focusing mainly on the harbour basins of the inner port. The research’s aim was to study the stratigraphy and geomorphology of the harbours and their connecting canals so as to reconstruct the region’s paleogeography. The preliminary study of the drilling results indicates the existence of one more harbour basin (Harbour Basin 4) with an area of approximately 40,000 square meters and provides data through the sediment’s dating that confirms the use of Harbour Basin 1 during Roman times (mid-1st century AD).