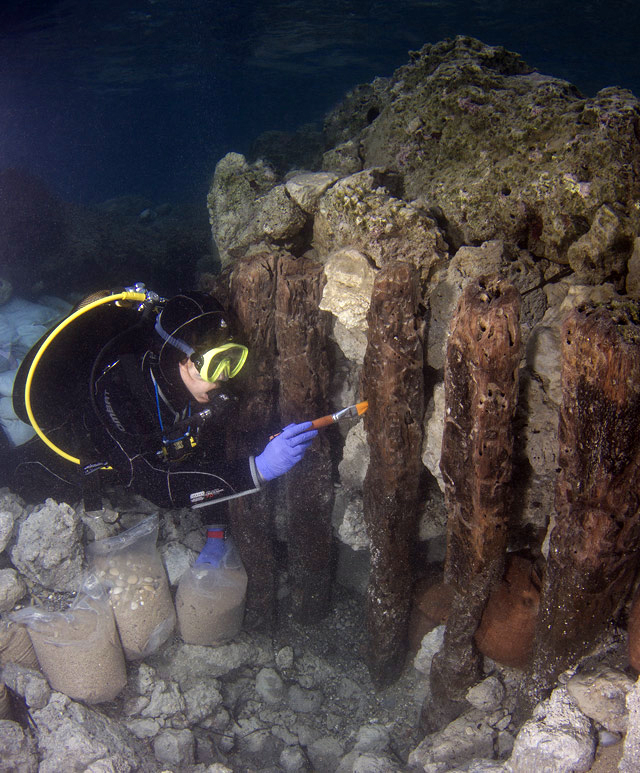 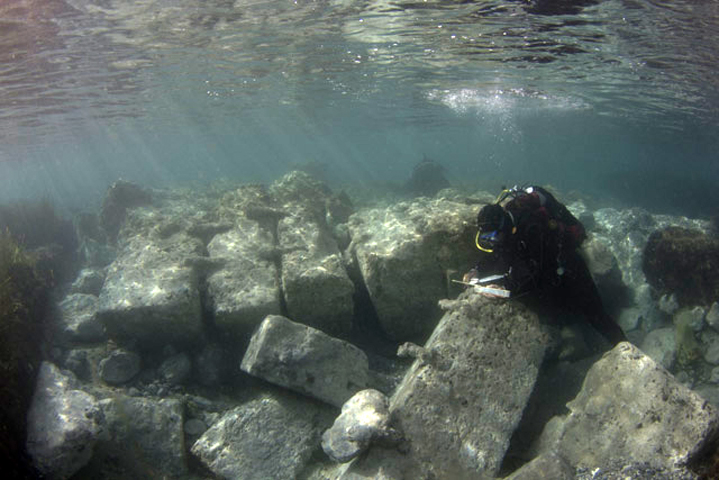 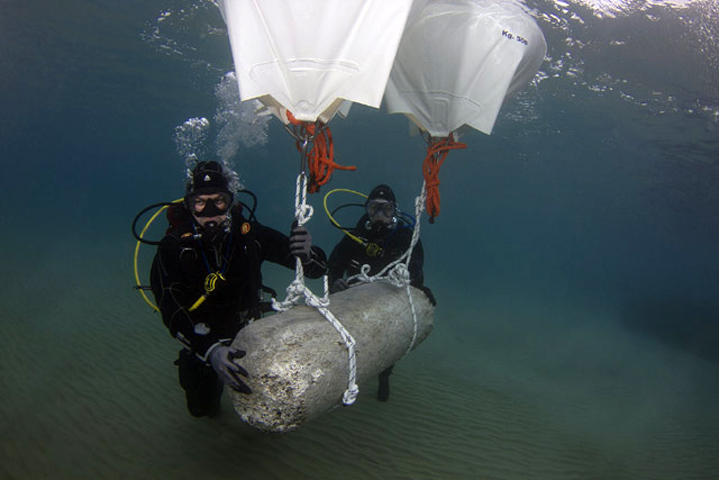 Underwater archaeological surveys of the ancient harbour at Lechaion

By the Lechaion Harbour Project

The harbour has played a pivotal role in the long history of ancient Corinth. Its location, at a distance of approx. 3 klm from the ancient city, and the fact that it faced west have undoubtedly been significant factors for the various flourishing periods of Corinth.

Dr. D. Kourkoumelis (Ephorate of Underwater Antiquities) and Dr. B. Lovén (SΑΧΟ-Institute, University of Copenhagen) are heading the surveys which are funded by the Augustinus Foundation and the Carlsberg Foundation.

During October-November 2016, the Lechaion Harbour Project has conducted excavations and digital mapping in the area of the Entrance Channel, at the Outer Harbour.

Also, for the first time detailed digital topographic maps of the harbour remains belonging to the Inner Harbour were made.

The most important results of this year’s season were the following:

Furthermore geophysical surveys and sampling of sediment cores were carried out in collaboration with the University of Patras and the Harokopio University, focusing on the harbour basins and the Inner Harbour canals. The aim of these surveys was to study the stratigraphy and geomorphology of the harbour basins and the canals that connected them, in order to reconstruct the palaeogeography of the area and to locate possible submerged remains of harbour structures and other finds.