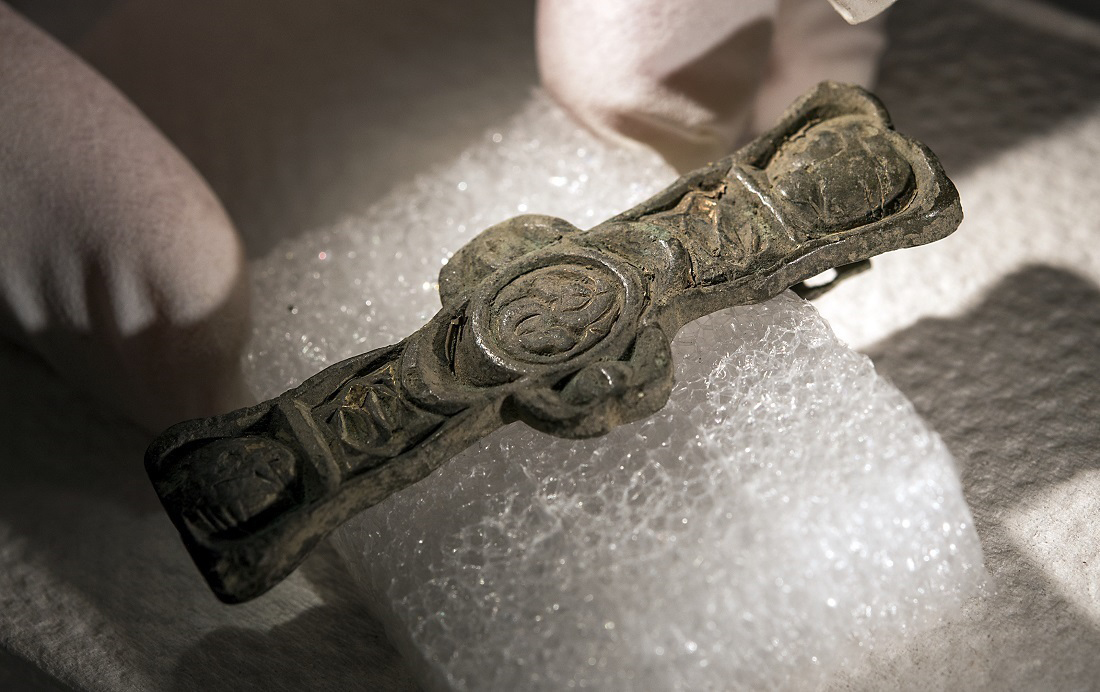 Expansion works of Byneset Cemetery at Steine Church in Trondheim, Norway has led to the discovery of an imported clasp or brooch dating from the Viking era.

The find is thought to be a gold-plated silver fitting from a book brought to the area during the Viking age.

Raymond Sauvage from NTNU’s Department of Archaeology and Cultural History, and the project manager for the excavations said “We know that the Vikings went out on raids. They went to Ireland and brought things back”

“You don’t make discoveries like this everywhere. There are only a few areas where people had the resources to go out on such voyages.”

The church and surrounding area was once connected to a large farm estate that probably existed here from at least the Viking Age.

Archaeological remains from similar excavation sites often date back to the Nordic Iron Age and the Middle Ages and can provide valuable insight into the position and status of the Steine farm during this period, as described on the project’s Norwegian website Norark.

Archaeologists also came across a belt buckle, a key and a knife blade.

The archaeologists were actually planning to do a sampling of layers containing brewing stones, but the area proved to have considerably more conserved cultural layers than they were aware of before the work began, said Sauvage.

The dig was therefore expanded, and now objects dating as far back as 700 CE have been found. That means they belong to what is called the late Germanic Iron (or Merovingian) Age.