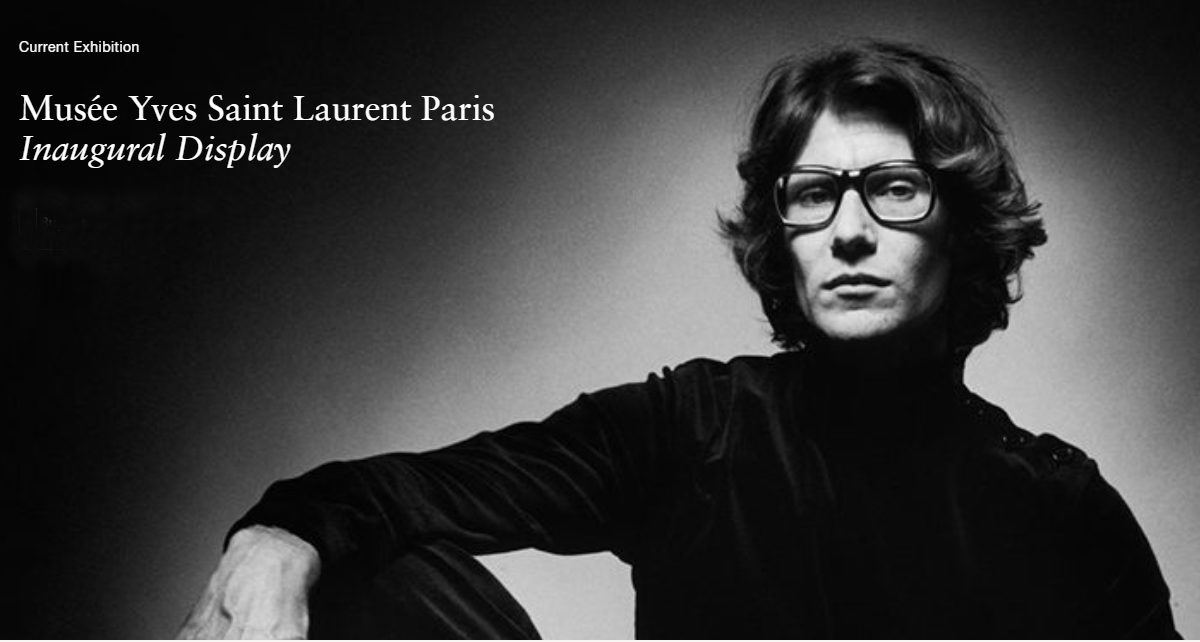 A walk round the glamorous new Yves Saint Laurent museum

In the heart of Paris

The Musée Yves Saint Laurent, at No 5 Avenue Marceau, in the heart of the City of Light, next to the Seine, exhibits the couturier’s body of work on the legendary premises of his former haute couture house.

“The most beautiful clothes a woman can wear are the arms around her of the man she loves. But I am here for the ones who are not so lucky to experience this happiness,” these tender words spoken by Yves Saint Laurent come to one’s mind while standing in the queue of visitors outside the museum that bears his name. The designer spent over 30 years of his life in this elegant building, whose walls are permeated with the breath, the agonies of creativity, the joys and vanities of the profession, the successes and the doubts.

It was also the place from where he ran the establishment and where the models came and went. It was there that he welcomed his famous female clientele, his women friends and where he lived together with his life partner and associate Pierre Berge. The latter died a few weeks before the museum opened to the public, on October 3, 2017. He did however have time to oversee everything down to the last detail. Literally. There is of course the book on the common path they took, published by Gallimard, entitled Letters to Yves. I quickly glance at the first pages of a moving account written after the couturier’s death in 2008.

All the floors of the museum are a fragmented catwalk not only through his career in haute couture but also through his actual life. From his birth place Oran to Paris, to the house of Dior, his early responsibilities, his drafting in the French army during the war in Algeria, his nervous breakdown. And then, the creation of his own fashion house, the success and innovations. The clothes that left their mark on 20th century fashion bear his name, from the Mondrian dress to the Le Smoking trouser suit. He is no longer there to dress his models, but that is not necessary. Even as they are, frozen in time, they appear to be alive, just like the moment he would see his girls off to the fashion show.

Strangely enough, visitors do not spend so much time in front of Saint Laurent’s clothes, his wonderful drawings or the videos on his life. Instead they remain almost transfixed in his office. His famous glasses are there, folded, as if he had just taken them off to rest his myopic eyes. His books on foreign cultures that inspired him so much are on the shelves behind his desk and the large wall to wall mirror which was his greatest competitor and opponent.

But as hard as he was on himself, however, he was just as protective and generous towards women. He was truly there, to dress them even when they were not touched by love. And they will be grateful to him forever. Besides, the overwhelming majority of visitors are women.