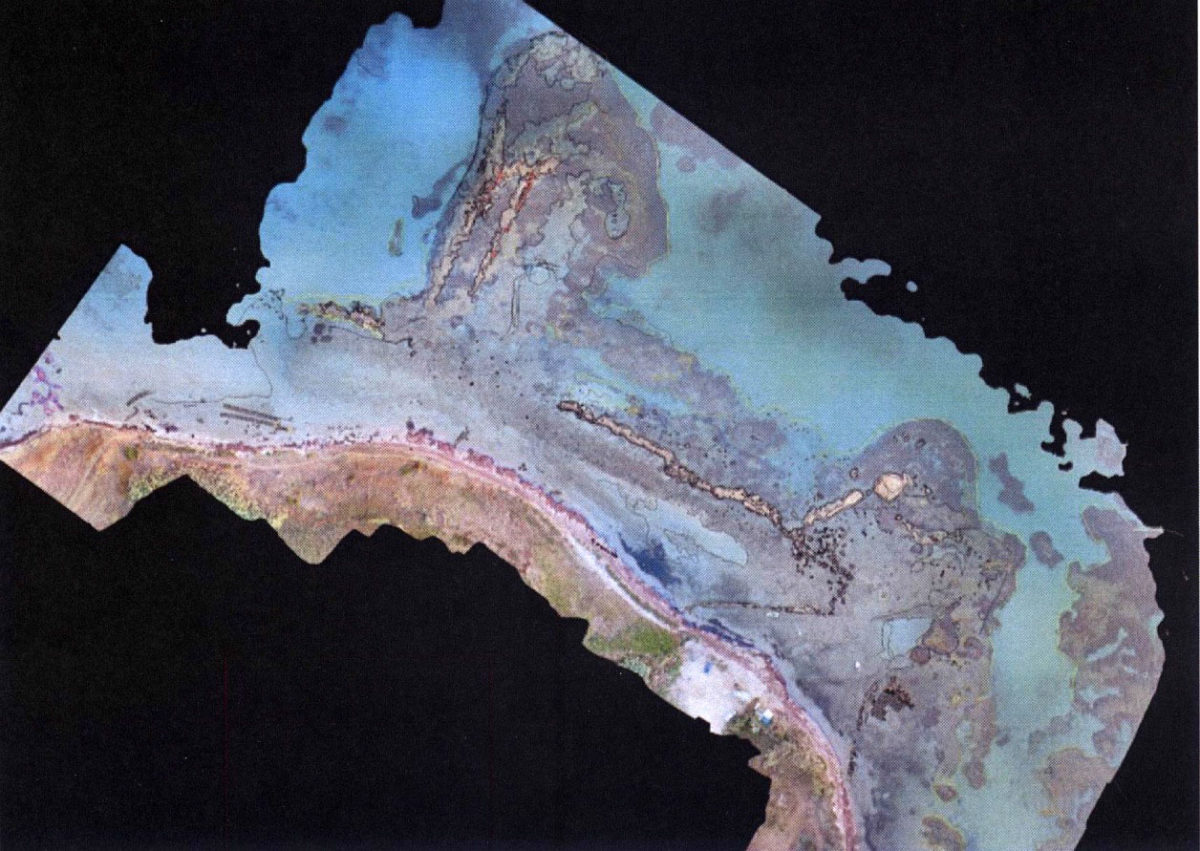 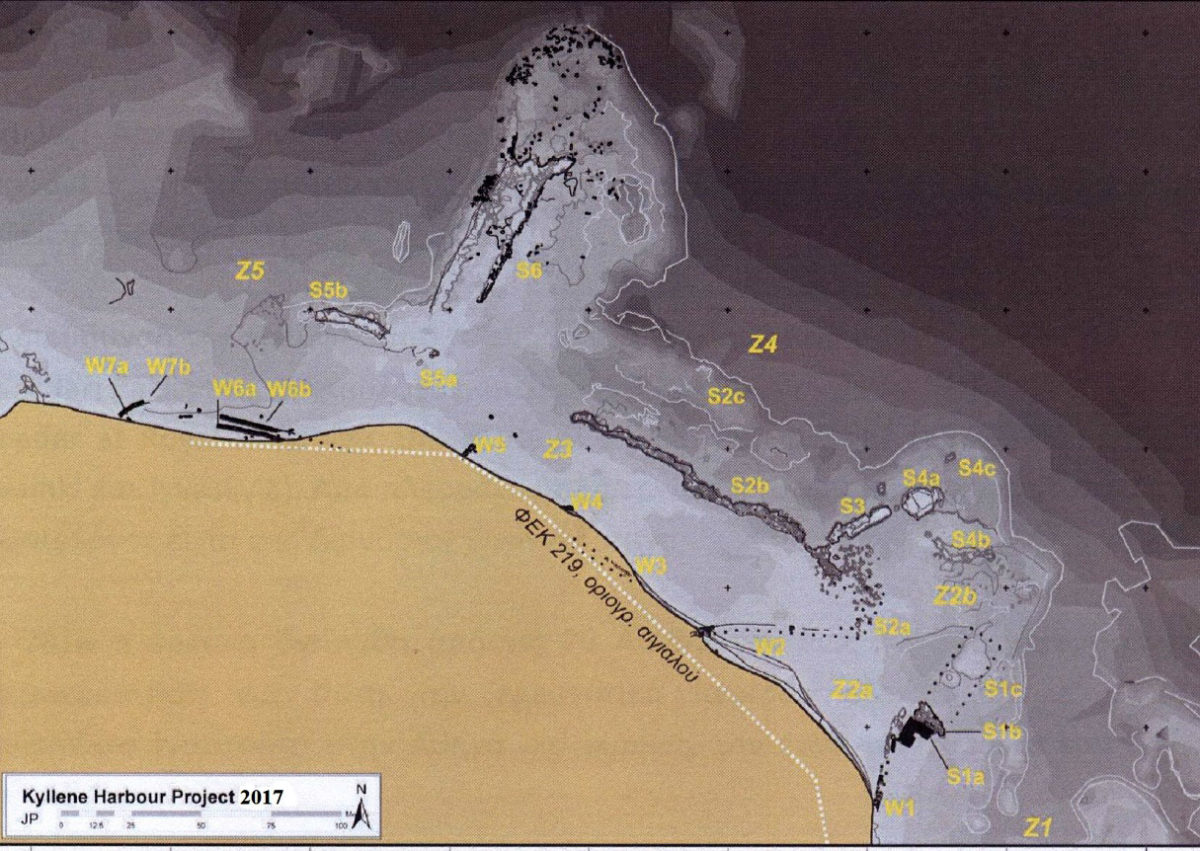 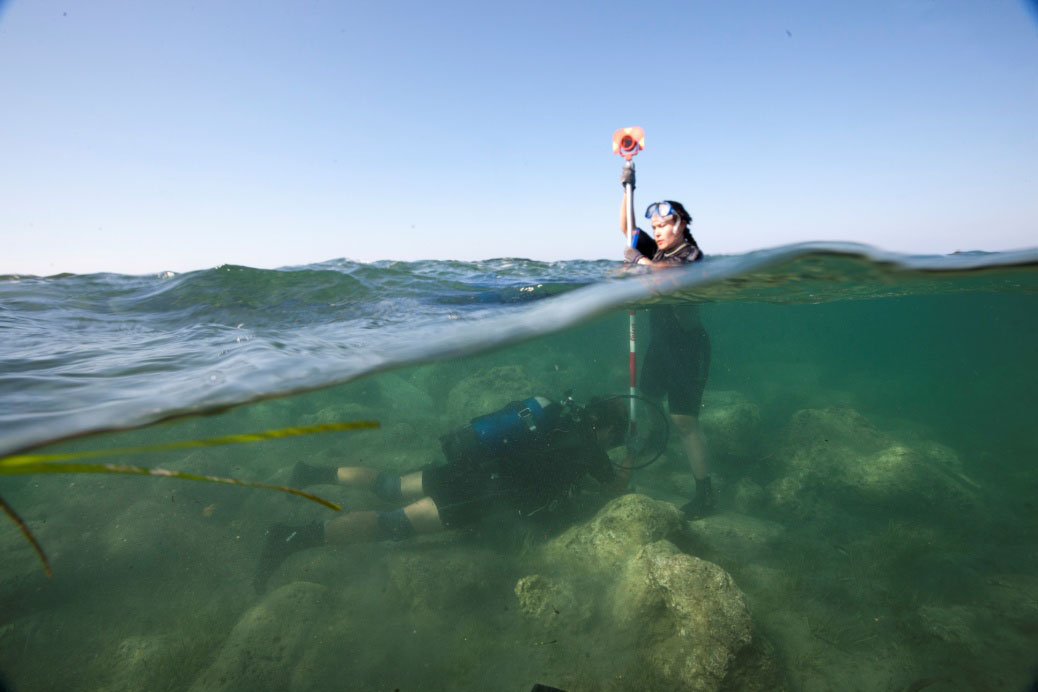 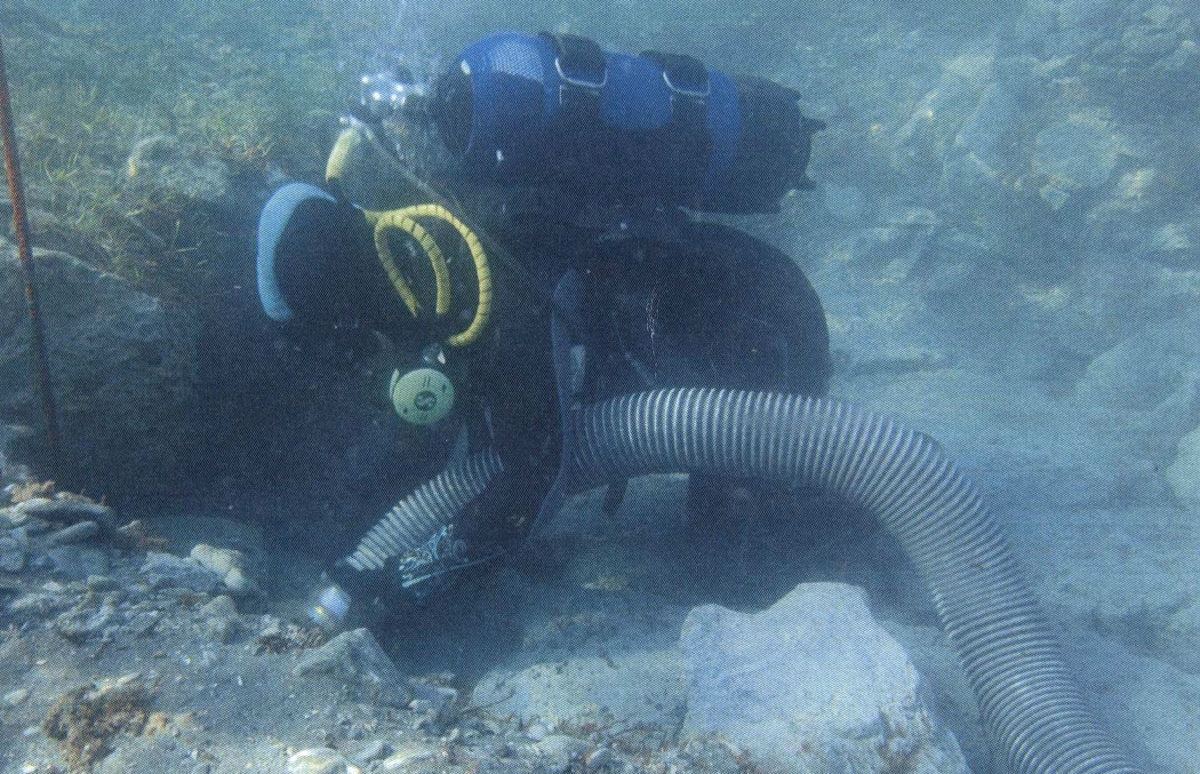 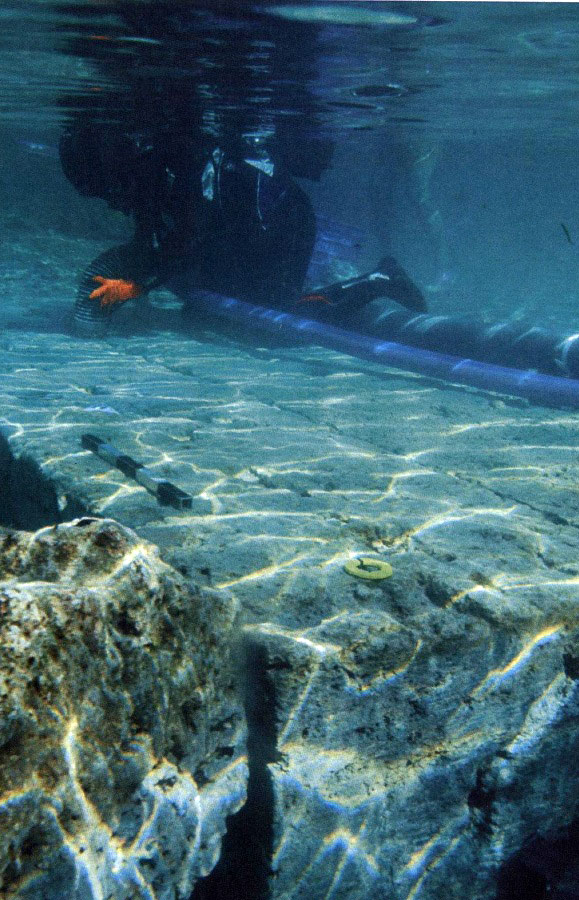 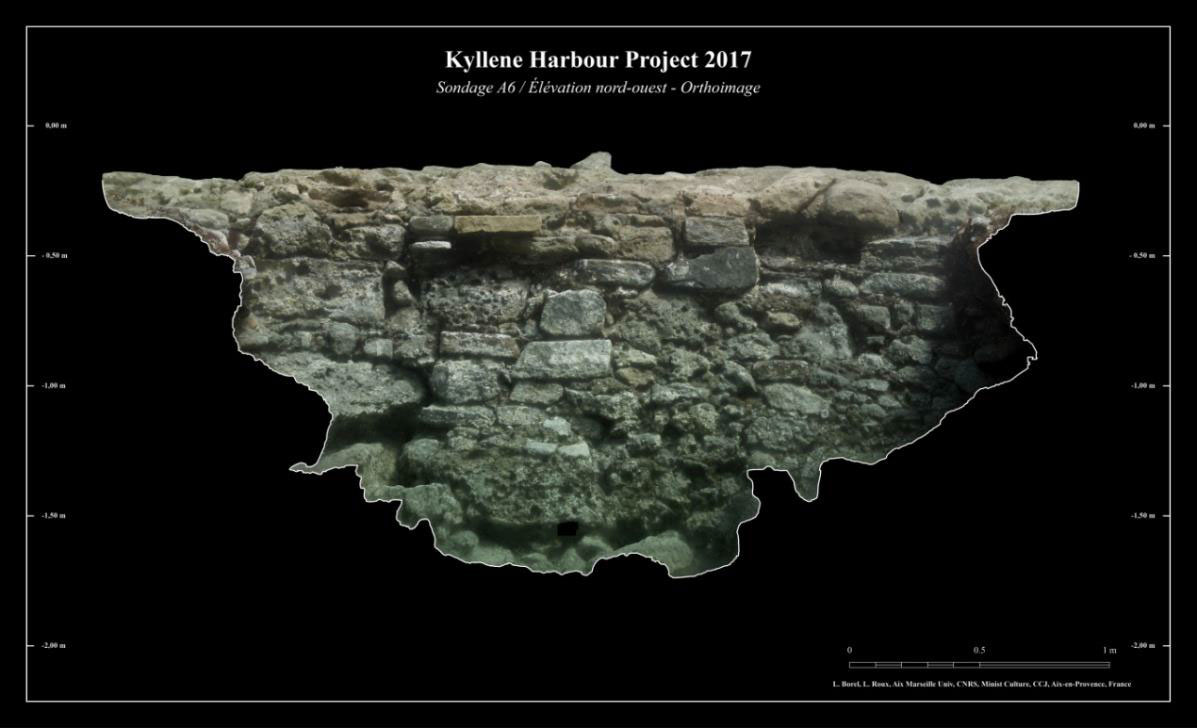 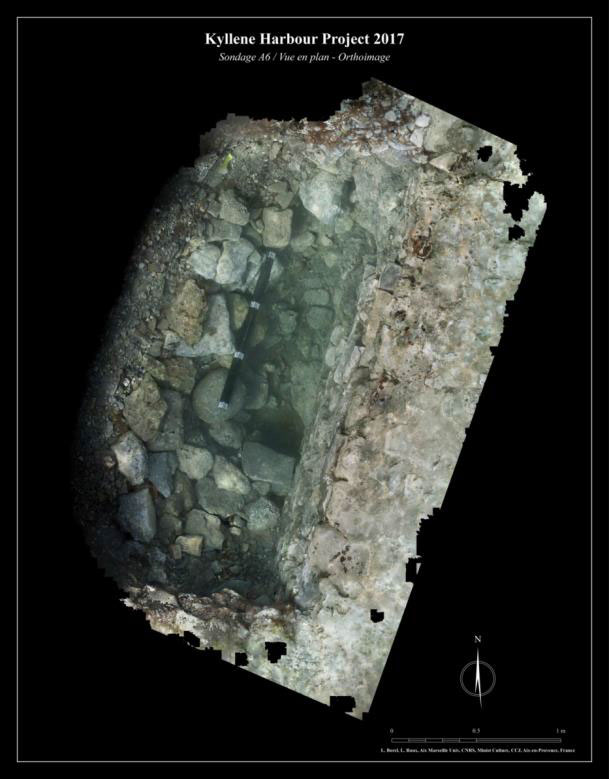 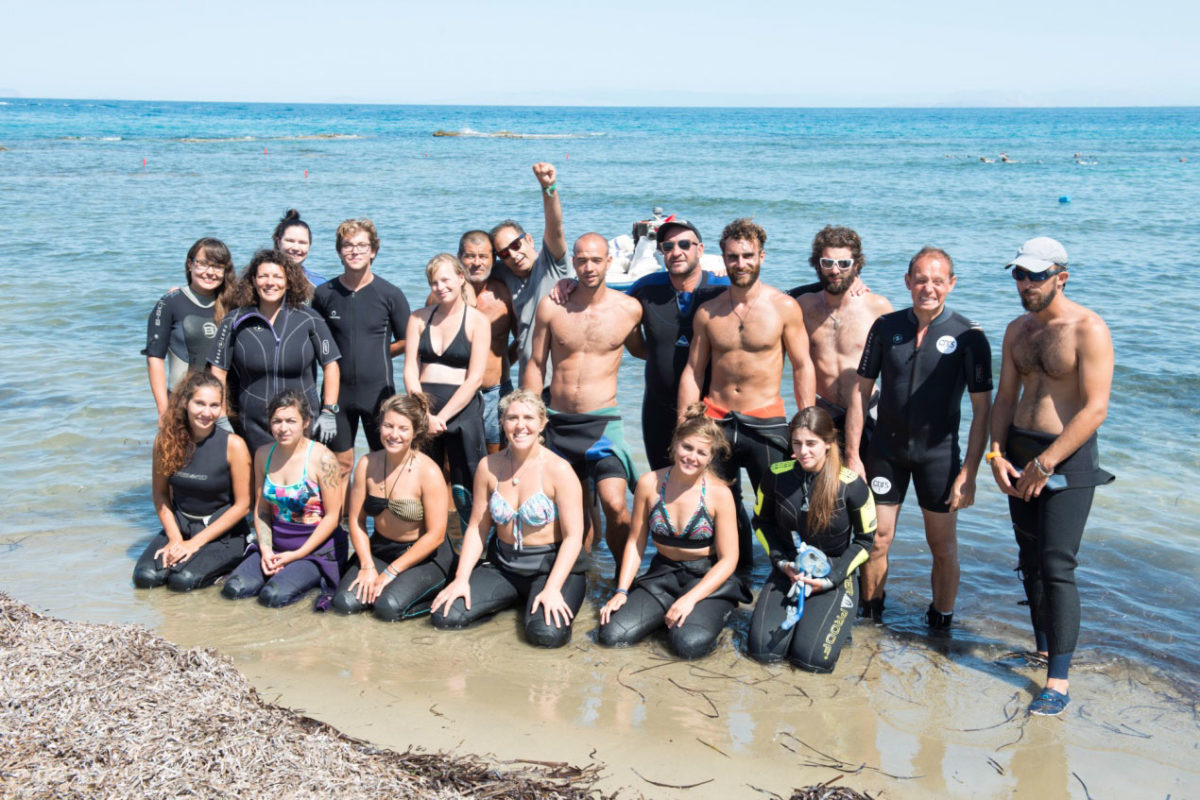 The Harbour of Kyllene/Glarentza research programme has been completed

The “Harbour of Kyllene/Glarentza” research programme’s main objective was to study the topographic, architectural and geophysical features of the harbour, to investigate the remains of the Crusader harbour (13th-14th century), and to conduct an underwater excavation in order to find the accurate location of the ancient Kyllene Harbour. The programme was a scientific collaboration of the Ephorate of Underwater Antiquities and the Finnish Institute at Athens.

Regarding the multidisciplinary approach of the harbour zone survey the underwater geoarchaeological investigation aimed at the palaeogeographic reconstruction of the coastal environment and the coastline during Classical Antiquity and the Middle Ages. The marine geophysical explorations were carried out in collaboration with the Laboratory of Marine Geology and Physical Oceanography of the Geology Department of Patras University, under the direction of Dr. G. Papatheodorou. The archaeoenvironmental survey was headed by Dr. M. Geraga. The geomorphological investigations were conducted by the Geology Department of Mainz, under the direction of Dr. Andreas Vött.

During the underwater excavations researchers investigated the stratigraphy and clarified the chronological correlation issues regarding the structures of the medieval Glarentza harbour and the ancient Kyllene harbour.

With the 2017 programme, which was carried out from August 22 until September 15 thanks to the help and funding of the Andravida-Kyllene Municipality andf the Kyllene Harbour Fund, the 10-year scientific collaboration project has been completed. During these ten years the underwater excavations and the 3D topographic and photogrammetrical recording of the ancient and medieval Kyllene harbour structures were continued.

On September 10, 2017, an Open Day was organized with a guided tour in the research area. Also, the project was presented to the local authorities and residents in the framework of the Kyllenia 2017 festival and an event by the Andravida-Kyllene Municipality.