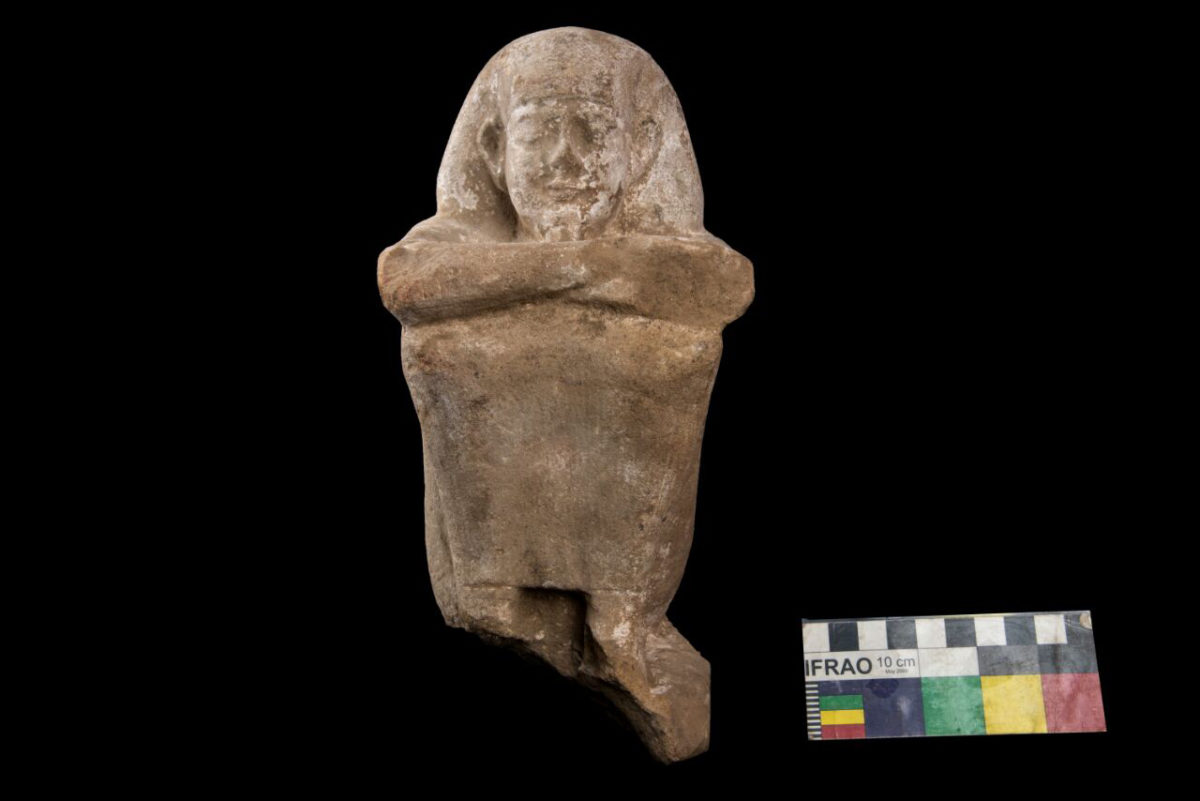 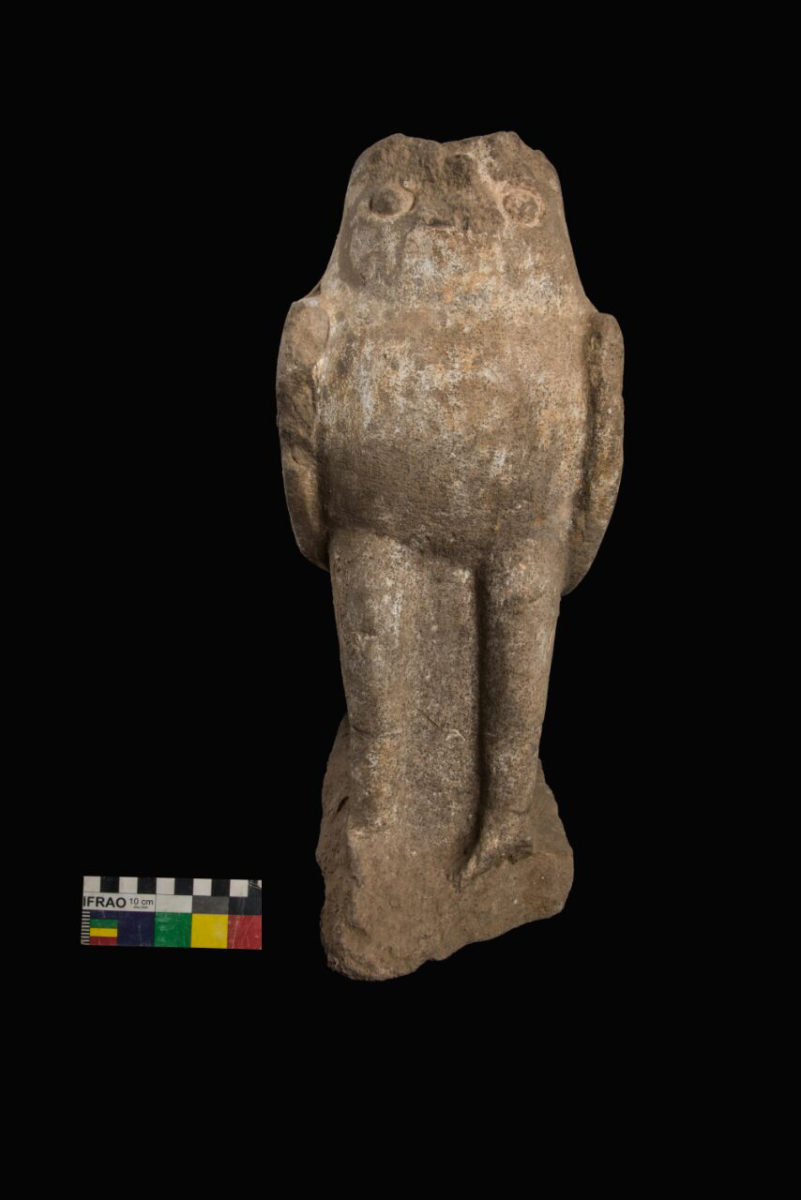 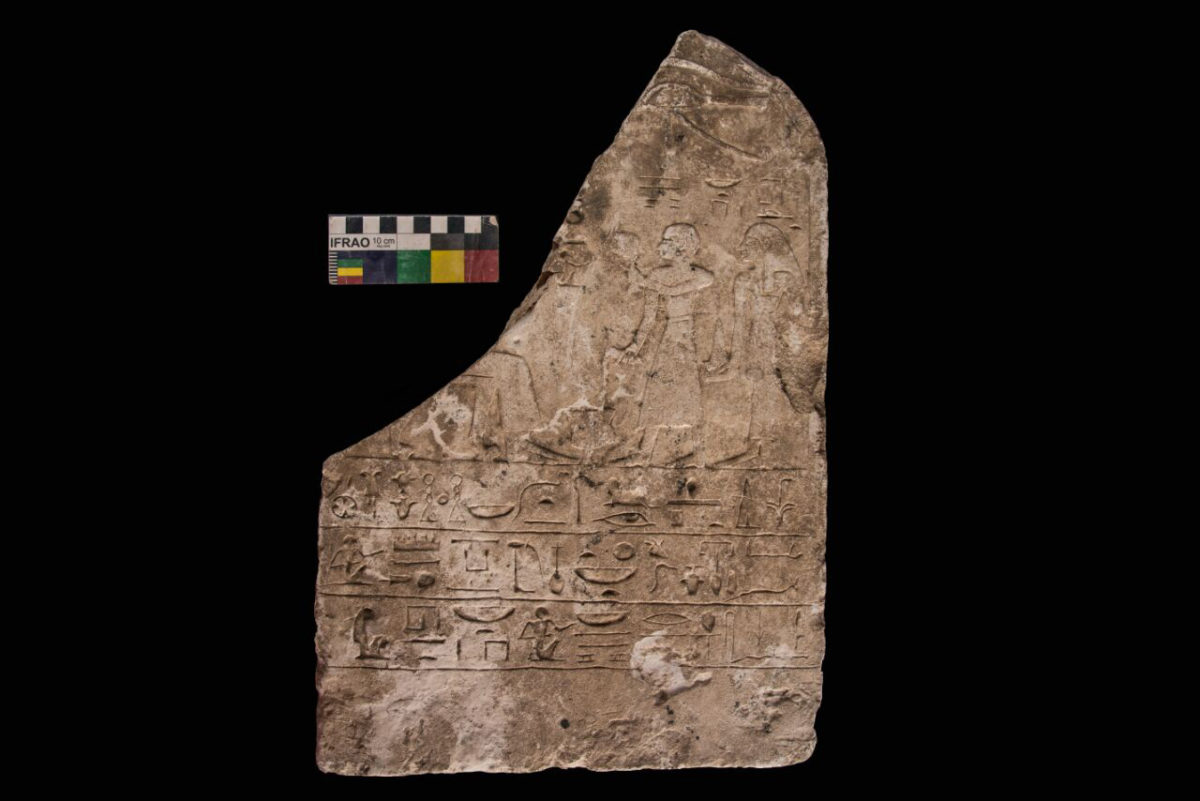 Two new discoveries were made in Aswan.

The American mission at Tell Edfu, directed by Prof. Nadine Moeller and Dr. Gregory Marouard from The Oriental Institute / University of Chicago has discovered two mudbrick buildings of monumental size dating to the late 5th Dynasty, ca. 2400 BCE, at the ancient town of Tell Edfu. Located 20 m to the west of the much later Ptolemaic temple of Horus of Edfu, this Old Kingdom settlement area is under excavation by the Oriental Institute team since 2014. Under several phases of domestic installations from the second part of the 6th Dynasty, the American archaeologists finally reached an administrative complex with several massive mudbrick structures during the 2017 season.

The two monuments have been installed directly onto the natural Nile sand deposits in an area never settled before that date. Extremely well-preserved, more than 2 meters in elevation, one of these buildings shows an unusual layout with massive walls, about 2.50 m thick, and a facade with a distinct slope, which has no known parallels from any other sites so far. Both buildings are enclosed by several phases of enclosure walls and are surrounded by large courtyards and workshops where multiple activities took place (bread and beer production, copper metallurgy). None of these buildings show any clear evidence for belonging to a mortuary installation, but some cultic function cannot be excluded at this point, especially in view of its close proximity to the later Horus sanctuary.

Based on their size, architectural details and related finds, the two large buildings are of official nature and constitute a newly founded settlement quarter in the ancient town of Behdet (Edfu). Among the finds are more than 220 clay sealings mentioning king Djedkare-Isesi (late 5th Dynasty, ca. 2400-2350 BC), in addition to official titles that regularly mention a group of specialized workers involved in prospection and mining activities, the sementiu. Additional finds such as numerous pieces of copper ore, important traces of metallurgical activities, Red Sea shells and a significant amount of Nubian ceramics found on the floor levels during the excavation further confirm the link to Royal expeditions and mining activities in the Eastern desert areas. These expeditions were organized by the King who sent a high official from Memphis to Edfu in order to be in charge of the sementiu to extract raw materials such as metal and precious stones for the state. This is a first sign that the ancient city of Edfu was evolving into an important departure point for those expeditions leaving towards the Eastern desert regions (Wadi Baramiya) and possibly to the Red Sea shore (Marsa Alam area).

The reign of Djedkare-Isesi was marked by an increase in royal expeditions for the extractions of raw materials, especially copper in the Southern Sinai area (Wadi Maghara), in addition to the famous voyage to Punt for obtaining exotic goods. The mention of the sementiu in the Nile Valley is quite rare, and the previously known references come mainly from two funerary stelae at Edfu, but they regularly appear in the official inscriptions found in several eastern desert wadis and more recently they were also discovered at the harbor site at Ayn Sokhna where they date to the same period of the late 5th Dynasty.

Meanwhile, the Egyptian archaeological mission working in the dewatering project
in Kom Ombo temple discovered four artifacts on the western side of the temple.

Dr. Ayman Ashmawi, Head of the Egyptian Antiquities Sector at the Ministry, said that the discovered artefacts include a limestone stele depicting a man and his wife presenting offerings to a seated deity.

The stele measures 40-by-27 cm and the upper part of its left side is missing. A sandstone statue depicting a seated man was also found, as well as two sandstone statues of the god Horus in the form of falcon which lacks any inscriptions.

NOTES
1. The University of Chicago / Ministry of Antiquities