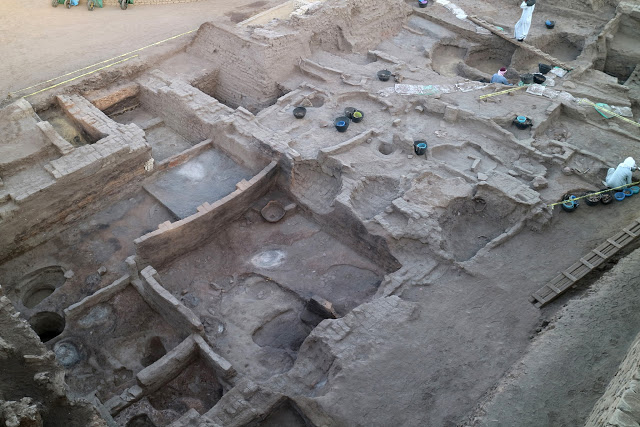 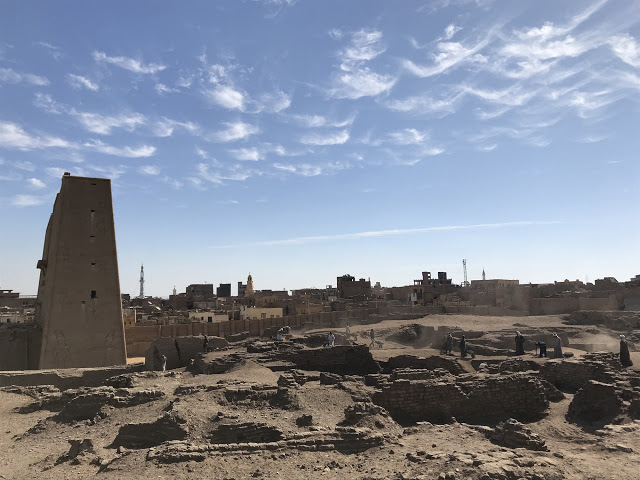 The archaeological excavation of an ancient Egyptian city at Tell Edfu in southern Egypt, led by the Oriental Institute of the University of Chicago, has discovered well-preserved settlement remains dating to an important turning point in ancient Egyptian history, when the pharaohs began to renew interest in the provincial regions in the far south of their kingdom.

The dig revealed two large buildings that mark the earliest occupation uncovered so far in this part of the town, dating to about 2400-2350 BCE in the late Fifth Dynasty of Egypt. Ancient Egyptians made beer and bread and smelted copper in the complex, which was likely built to accommodate important officials sent from the royal capital in Memphis to oversee expeditions to mine precious metals and stones from the surrounding deserts.

“It’s a wonderful find because we have so little information about this era of settlement in the southern provinces,” said Nadine Moeller, associate professor of Egyptian archaeology, who leads the excavation together with Oriental Institute research associate Gregory Marouard. “We don’t know any such similar complex for the Old Kingdom.”

The Oriental Institute team has been excavating Tell Edfu, an ancient city located in the Nile Valley about 400 miles south of Cairo, for more than 16 years. In that time, they’ve worked backward through time to finally reveal the earliest parts of the settlement at the site.

Last December, they unearthed two large mudbrick buildings that appear to be centers for official administration. They are surrounded by vast open courtyards and workshops, where the excavation uncovered storage containers and other artifacts that suggest manufacturing activities such as bread and beer-making, as well as copper slag, pieces of crucibles, small weights and other evidence of metallurgy.

Inside the complex, in rooms and pits dug into the courtyard floors, they uncovered more than 200 broken clay sealings. These once served as official sealing stamps on boxes, bags and ceramic storage containers, as well as sealed papyrus letters. Many of these clay sealings carry hieroglyph names and titles of high officials, including an official who was the leader of the sementiu, a group of royal prospectors who carried out mining missions for King Djedkare-Isesi.

These expeditions would have supplied metals for the king, the elites of his court and construction projects in the capital at Memphis. Red Sea shells and rare Nubian imported ceramics further confirm the link to royal expeditions into the Eastern Desert, the researchers said.