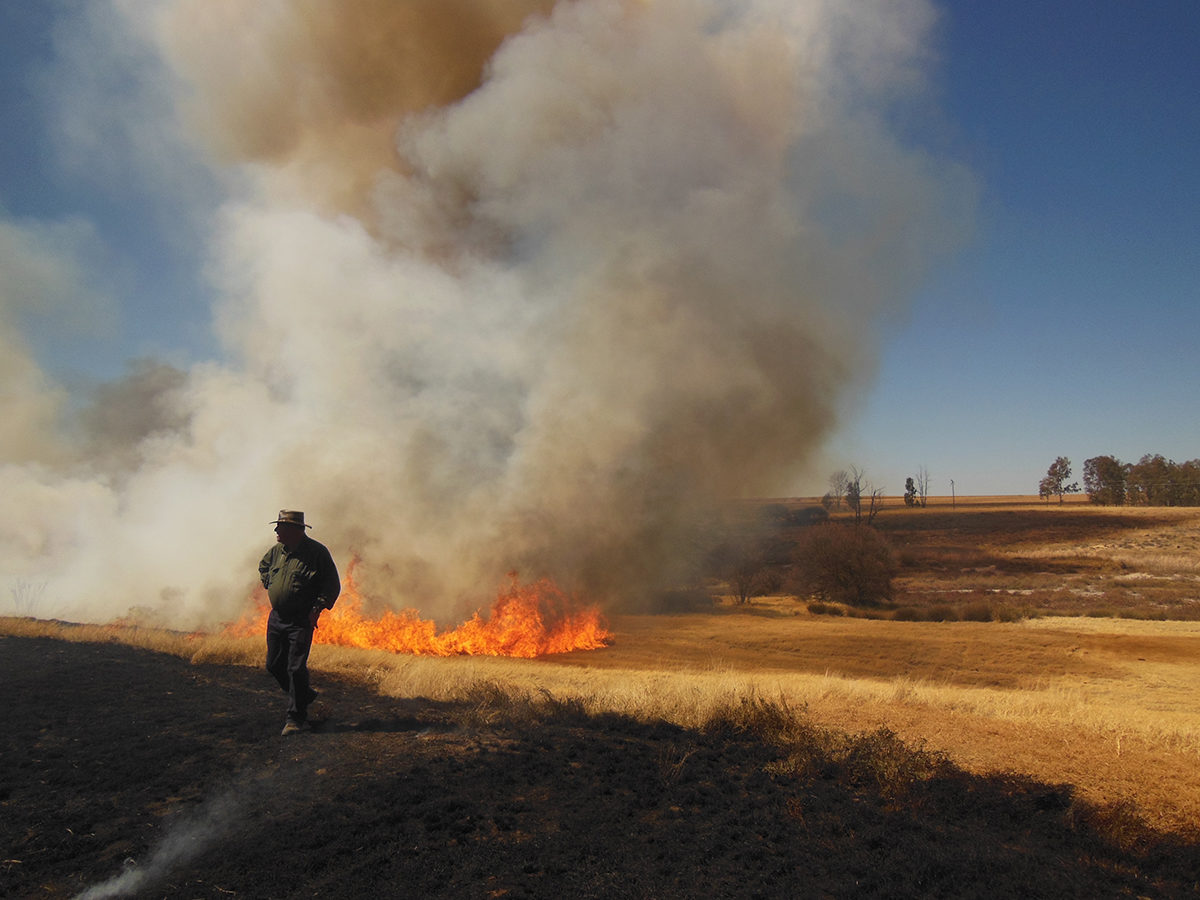 Solving the puzzle of humanity’s mastery of fire

“Fire and humanity: the greatest discovery after language” is the title of the lecture given on Tuesday, January 16, 2018, in the main building of Athens University by Professor John Gowlett of Liverpool University. His talk was part of the Palaeolithic Seminar series, organised jointly by the Departments of History and Archaeology of the University of Athens and the University of Crete.

The Athens and Macedonian News Agency had the opportunity to talk to the professor about the mastery of fire celebrated in countless myths, such as that of Prometheus, and which for Charles Darwin was an achievement second only to language.

Q: How and when did all this begin? In other words, what does modern research believe about the way humans mastered the use of fire and the length of time needed to achieve this?

Α: Most scientists believe that the use of fire started over half a million years ago. Opinions do vary however. There are those who argue that this happened “earlier” or “later”, as the remains of fire from the distant past are very limited. The first traces gradually begin to appear more frequently from 400 000 years on. Nevertheless some indications of fire in Africa are 1.5 million years old, so some scientists claim that the control and use of fire began at that time (such as, for example, the “cooking hypothesis” by Richard Wrangham who argues that cooked food is a biological need for modern humans, even for vegetarians).

Q: And what conclusions are reached by such discussions?

Α: In archaeology, such discussions are healthy. Where knowledge is incomplete, progress is made by tackling issues almost as if they were legal matters. We “persecute” and “defend” the first humans, regarding what they did or did not do. We should try however to make a distinction between the ideas that humans may have had when they observed fires in nature (which must certainly have happened very regularly) and between how wide spread was the control of fire in the places they lived and where they could leave traces of hearths. The earliest hearths that have been located need not also be the earliest use of fire.

Q: Which finds related to an intentional lighting of fire are considered the oldest? From when do they date and in what regions are they located?

Α: The earliest locations are in Africa; Koobi Fora and Chesowanja in Kenya. There are others however that are 1,000,000 years old, while two more serious 700,000-year-old contenders are the site Gesher Benot Ya’aqov in Israel and Zhoukoudian in China. The 400,000-300,000-year-old archaeological sites with hearths are often found in Europe and the Middle East, as for example, Qesem in Israel, Terra Amata in the South of France and Beeches Pit in England. The earliest certified hearths belong to this period.

Q: What do you know about similar findings in Greece?

Α: Greece has a rich Palaeolithic background, nevertheless we more often locate fire by chance rather than through research. The best chance of finding traces of fire is in caves of the last 100,000 years, which in Greece are preserved in good condition because of its limestone landscapes. The caves of Asprochalikos in Epirus and Kleisoura in Argolis are good examples; the first with hearths and ashes left by Neanderthals and the other with hearths left behind by Homo sapiens from the Upper Palaeolithic.

Q: Do you agree with some studies that argue that perhaps some species of hominids, such as the Neanderthals, did not survive because they did not succeed in utilizing the power of fire to the degree achieved by humans?

Α: The skills of the Neanderthals, which have been challenged many times, are constantly being reassessed while, regarding fire, there are occasions when it was tackled by them with great expertise. For example, in Augsburg in East Germany, 80,000 years ago, they had shown great skill in processes requiring the control of high temperatures over considerable time. They made tar by processing the bark from the trunk of a birch tree. In other places of the Neanderthals, no trace of fire can be found, even if it was to be expected; there are however many examples of hearths, such as in Abric Romani in Spain. We do not know if they cooked all their food. There are people today in the north (the Arctic Circle) that do not always cook because it is not always possible or necessary; so perhaps similar conditions prevailed in the Neanderthal places.

Q: How does Palaeolithic archaeology trace fire in the very old remains it uncovers and studies?

Α: If burnt materials exist, science has ways of examining them. Charcoal, when found, can be identified by a low-power microscope or electrons, burned flint stones are measured by thermoluminescence, while roasted sediments can be investigated by magnetic means. Burned bones can be recognized by the presence of free carbon and changes in the crystal structure, while an exciting new development is the identification of biological residue.

Q: How was the control of fire linked with man’s evolution? In other words, if its use had not been mastered, in what evolutionary phase would we be?

Α: Fire is essential for almost all advanced technologies. Most probably the same thing would have occurred if we moved far back in time, as it was useful for the hardening and shaping of wood. 140,000 years ago at Pinnacle Point in South Africa, it was used to heat stone for it to be worked on more easily. Fire is vital for the production of ceramics and for all metal work, so the organization of an advanced society would probably be impossible without it. Perhaps more importantly, our big brains are very costly in terms of energy and require a high quality diet, which is easier to supply when using fire.

Q: How did the first humans live before the mastery of fire? How did they have control over the cold?

Α: In tropical regions, they would probably have succeeded the same way as chimpanzees and gorillas. But when humans began spreading across open landscapes and subsequently around the world, fire would have been a great asset, that is why many scientists believe that its mastery must have been achieved with the first population movements to the north. It can also help remove large carnivores.

Q: Why did humans invent so many myths about fire, such as the myth of Prometheus?

Α: We are very lucky to have ancient myths since they prove that they are narratives that go very far back in time. There are thousands of such myths in the world, because fire was important and humans sat around it in the afternoons when they talked, consequently it is easily linked to stories and myths

Q: What would you like to be gained by the people who attended your talk as part of the Palaeolithic Seminar in Athens?

Α: I would like them to take away a bit of the excitement of exploring the distant past, knowing that it relates to the present and to delight in the challenge of the puzzle; Meaning that we have some pieces, many are missing, but we can do our best to put an image together, by continuing to try out those pieces that do not fit.