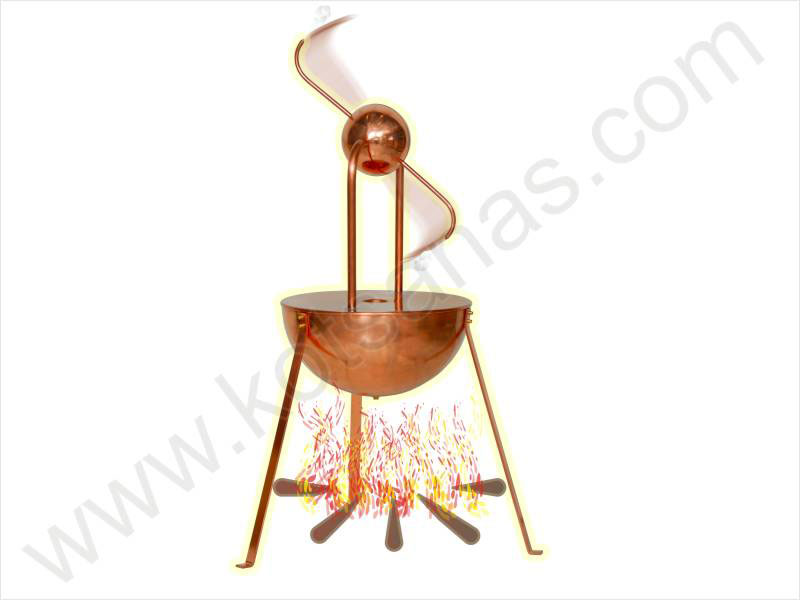 At 6 Pindarou Str, in Kolonaki

The achievements of ancient Greek technology can at last be admired in the centre of Athens by visitors from Greece and abroad; the new Museum of Ancient Greek Technology “Kostas Kotsanas” opened to the public on January 8, at 6 Pindarou Street in Kolonaki.

The renovated and reconstructed three-story “Art Nouveau” building has a long history, as it belonged to the family of Aspasia Manos, wife of King Alexander I and, among other things was home to the Athenian News Agency for several years.

The museum, with an area of 700 square meters, presents the permanent exhibition “The High-Tech Inventions of the Ancient Greeks”, which includes more than 100 exhibits — copies of ancient Greek machines and other inventions, all functional and most of them interactive, hosted till now in the museum by the same name in Katakolon, Ilia and which have toured from time to time both throughout Greece, but also in other European countries, in America, Asia and Australia.

The “heart and soul” of the enterprise is a Patras mechanical engineer, graduate of the Polytechnic School of the University of Patras, 55-year-old Kostas Kotsanas, who for more than three decades has studied and reproduced the impressive constructions of ancient Greek engineers, of both the Classical and Hellenistic period, that cover a wide range, from automation and the recording of time to mapping, astronomy and encryption.

Kotsanas’ first museum in Katakolon, created without public or private funds and displaying more than 500 functioning models of ancient Greek inventions, has been in operation since 2003 and to date has received a large number of visitors. At the same time, K. Kotsanas, author of six books on ancient Greek technology, has founded the Museum of Ancient Greek Musical Instruments and Games in Katakolon and the Archimedes Museum in Olympia, all with free admission.

Every exhibit in the New Museum of Athens is accompanied by an explanation on how it works, so that visitors understand what they are looking at. Among other things, Heron’s aeolosphere (humanity’s first steam engine), the Ptolemy astrolabe, Heron’s “automatic vendor” (an automatic vessel with a coin-box, into which the devotees dropped a coin to receive holy water), the signalling beacons, the first sonic/audio alert mechanism in history, the first autonomous flying machine of the Pythagorean Archytas of Taranto, the first automatic humanoid servant (a kind of robot) by Philo of Byzantium, Heron’s automatic-puppet theatre vehicle, the automatic hydraulic clock of Ctesibius and, of course, a copy of the Antikythera mechanism, believed to be the world’s first computer.

On another floor in the new Museum of Athens, visitors can also see the exhibition of Kosta Kotsana’s ancient Greek musical instruments which include 42 functioning reconstructed instruments, such as the elikon and syntonon of Pythagoras, Herme’s lyre, Apollo’s kithara, Homer’s phorminx, Sappho’s pektis, Ptolemy’s elikon, Pan’s syrinx, the hydraulis of Ctesibius  et al.

Moreover, the museum will organize educational programmes on its premises and workshops for children and adults, related to robotics, mathematics, natural sciences et al. Visitors will also be able to purchase from the museum shop handmade models, copies of the exhibits, among others an exact copy of the Antikythera mechanism, Parmenion’s portable sundial, Hipparchus’ tetrantas, ancient Greek ships, games, musical instruments etc.

The museum is open on week days and at weekends from 09:00- 17:00, with a general admission fee of 5 Euros (this includes a guided tour in Greek or English). There are reduced tickets of 3.5 Euros for students, young 12 to 18 years olds, teachers, large families, over 65 year olds and unemployed, with free admission to children under 11 years of age, people with disabilities and those doing their military service.

Also, following a telephone booking (tel: 211 4110044), group experiential tours are organized, lasting one or two hours, for university and school students to get better acquainted with our ancestors’ technological accomplishments.

Since the Kotsanas Museum is a non-profit organization, all its proceeds go towards the museum’s funding and its educational activities. As Mina Mitsobonou, who is responsible for the museum’s growth, said to the Athens and Macedonian News Agency, among the Museum’s objectives is the exchange of exhibits with other similar museums abroad, while the small  entrance fee was thought necessary due to the increased operating expenses of the new museum.