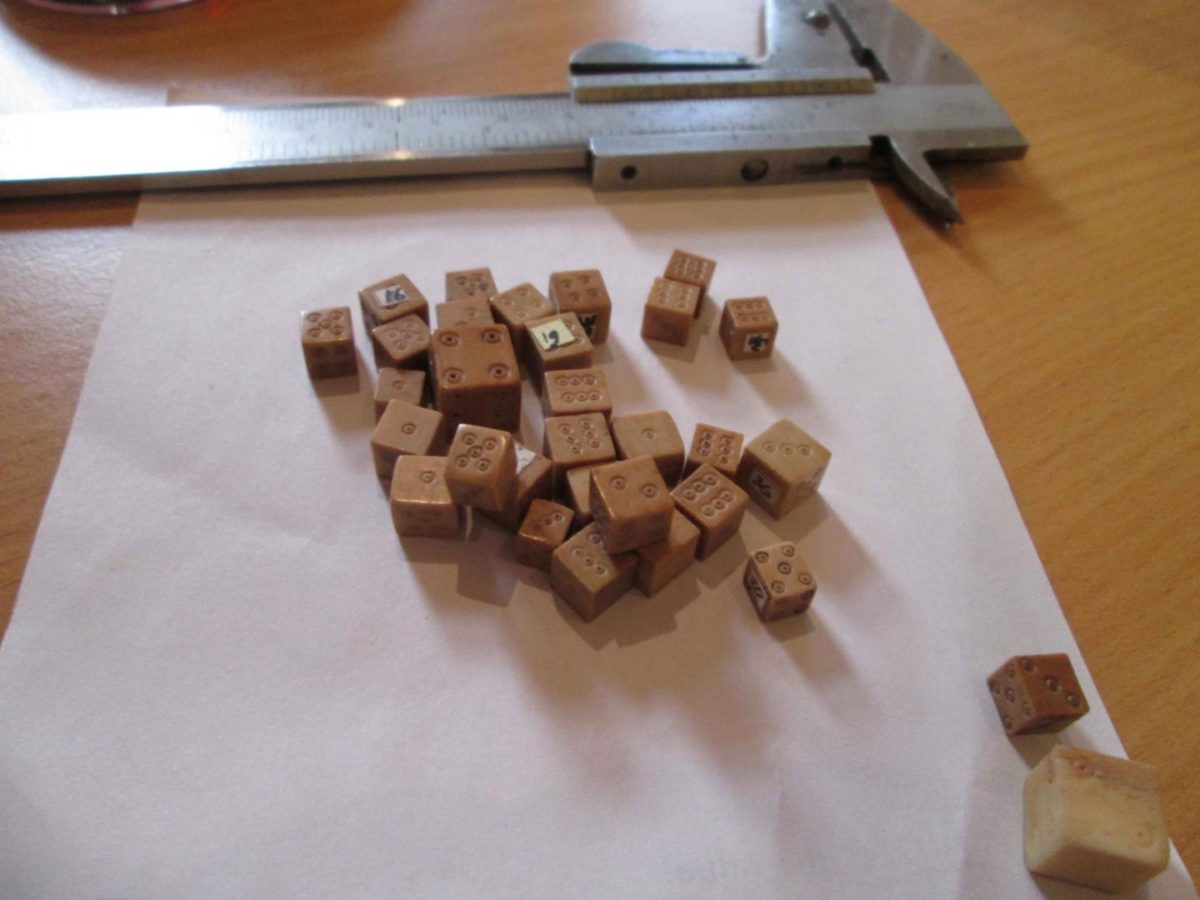 It’s not how you play the game, but how the dice were made

Changes of shape, size, material and configuration of numbers

Whether at a casino playing craps or engaging with family in a simple board game at home, rolling the dice introduces a bit of chance or “luck” into every game. We expect dice to be fair, where every number has equal probability of being rolled.

But a new study shows this was not always the case. In Roman times, many dice were visibly lopsided, unlike today’s perfect cubes. And in early medieval times, dice were often “unbalanced” in the arrangement of numbers, where 1 appears opposite 2, 3 opposite 4, and 5 opposite 6. It did not matter what the objects were made of (metal, clay, bone, antler and ivory), or whether they were precisely symmetrical or consistent in size or shape, because, like the weather, rolls were predetermined by gods or other supernatural elements.

All that began to change around 1450, when dice makers and players seemingly figured out that form affected function, explained Jelmer Eerkens, University of California, Davis, professor of anthropology and the lead author of a recent study on dice.

“A new worldview was emerging — the Renaissance. People like Galileo and Blaise Pascal were developing ideas about chance and probability, and we know from written records in some cases they were actually consulting with gamblers,” he said. “We think users of dice also adopted new ideas about fairness, and chance or probability in games.”

“Standardizing the attributes of a die, like symmetry and the arrangement of numbers, may have been one method to decrease the likelihood that an unscrupulous player had manipulated the dice to change the odds of a particular roll,” Eerkens said.

Dice are not common finds in archaeological sites. They are typically found in garbage, domestic areas, or cemeteries, and frequently are recovered as lone objects in a site, Eerkens said. Many are not accurately dated.

After looking at hundreds of dice in dozens of museums and archaeological depots across the Netherlands, Eerkens and his co-author, Alex de Voogt, of the American Museum of Natural History, New York, were able to assemble and analyze a set of 110 carefully dated, cube-shaped dice. Their findings were published in the journal Acta Archaeologica in December.

The researchers found that:

-Dice made before 400, or in Roman times, are highly variable in shape, size, material and configuration of numbers.

-When dice reappear around 1100 they are predominantly in the “primes” configuration, where opposite numbers tally to prime numbers (1-2; 3-4; 5-6), a numbering style that was also popular in ancient Mesopotamia and Egypt. Early medieval dice also tend to be quite small relative to their Roman predecessors.

-Around 1450 the numbering system quickly changed to “sevens” where opposite sides add up to seven (6-1; 5-2; 3-4). Dice also became highly standardized in shape, and also were made larger again. Standardization may be, in part, a byproduct of mass production.

Eerkens said he studied dice because they are a convenient item in which to isolate the function from the style, as opposed to other artifacts found in archaeological sites, such as arrowheads, a functional item used for hunting. “A lot of artifacts we study as archaeologists conflate the two… . We know for dice they are purely stylistic.”

The study also shows that dice, like many material objects, reflect a lot about people’s changing worldviews, Eerkens said.

“In this case, we believe it follows changing ideas about chance and fate.”

The researchers conclude in their article, “Gamblers may have seen dice throws as no longer determined by fate, but instead as randomizing objects governed by chance.”