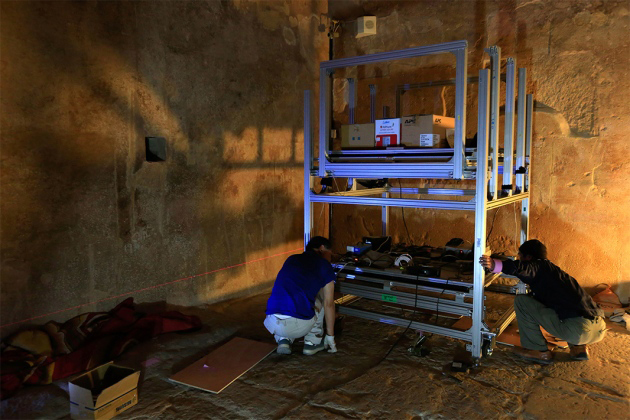 Egypt’s Antiquities Ministry said Thursday that archaeologists are starting “decisive” radar scans of the tomb of famed pharaoh Tutankhamun in the southern city of Luxor.

According to the ministry the scans will be carried out over a week to check for the existence of any empty spaces or corridors hidden behind the tomb.

Scans have been carried out before as part of the quest but the findings were inconclusive.

In 2015 British Egyptologist Nicholas Reeves claimed that photographs and scans of the tomb’s northern wall seemed to suggest the presence of a hidden chamber. He further theorized that this hidden chamber might contain the tomb of Queen Nefertiti.

“Proving Reeves’ theory would be like winning the lottery,’’ the head of the investigation Professor Franco Porcelli of the Politecnico di Torino, Italy, told La Repubblica newspaper. Porcelli said his team had already identified “two empty spaces, one rather big, one not so much.’’ He also added that he hopes to give a “final answer’’ about Reeves’ hypothesis in the coming months.

In November 2017, the ScanPyramids project announced a previously unknown chamber has been found with the use of muon detectors in the largest of the pyramids in Giza. According to researchers, the find was the first discovery since the nineteenth century of a major new space inside the pyramid.

King Tut ruled Egypt more than 3,000 years ago. His tomb, known as KV62, was discovered in 1922 in the Valley of the Kings, located on the west bank of the Nile river in Luxor.