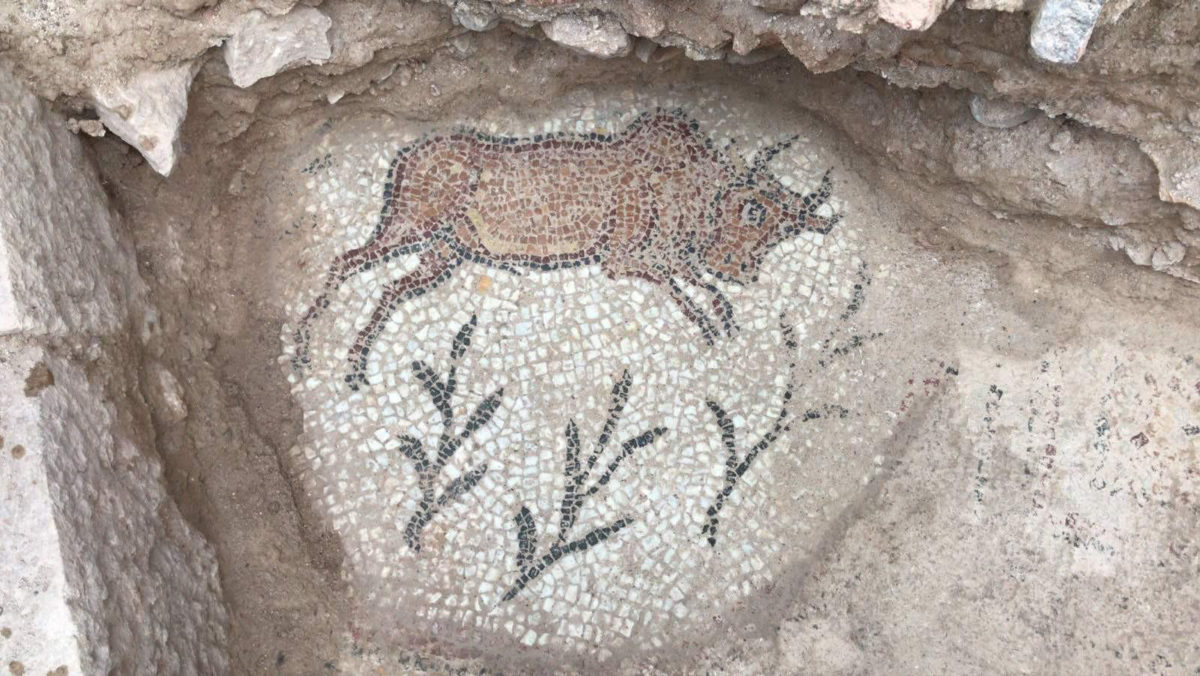 Archaeological excavations in the ancient city of Hadrianapolis (Paphlagonia) in the Black Sea revealed a 1,500-year-old structure believed to be one of the earliest churches in Anatolia.

Excavations for the structure, whose floor is decorated with mosaics, have been continuing under the inspection of Kastamonu Museum. The mosaics depict the rivers of Geon, Phison, Tigris and Euphrates, and various animals. The site has been linked to the ancient city of Zeugma.

“The find dates back to the mid-fifth century. When we take into consideration church architectures in Anatolia, we can say that this one is one of the earliest churches in Anatolia. Ancient resources on Saint Alypios the Stylite mention the existence of a men’s monastery and women’s monastery belonging to him in Eskipazar. In our works, we have a big opportunity to detect the existence of these monasteries or churches. The church is in a very important location. It is nearly 20 metres in length and has significant floor coverings,” Çelikbaş said.

“We found important figures on the mosaics. This place was a big ancient city after the fourth century. Alypios the Stylite was born here and died here. So this city is very important for the Christian world. We know very well that the Christians arrived in the Amasra harbour during this era and visited Hadrianapolis. Later, they went to Constantinople for commercial purposes,” he added.

Archaeological surface surveys have revealed 14 public buildings and other structures in the Hadrianapolis. Among them, there are two baths, two churches, a defense structure, rock tombs, a theatre, an arched and domed structure, a monumental cultic niche, walls, a villa, other monumental buildings and some religious buildings.

Excavation works in Hadrianapolis started in 2003 and have been continuing with intervals.