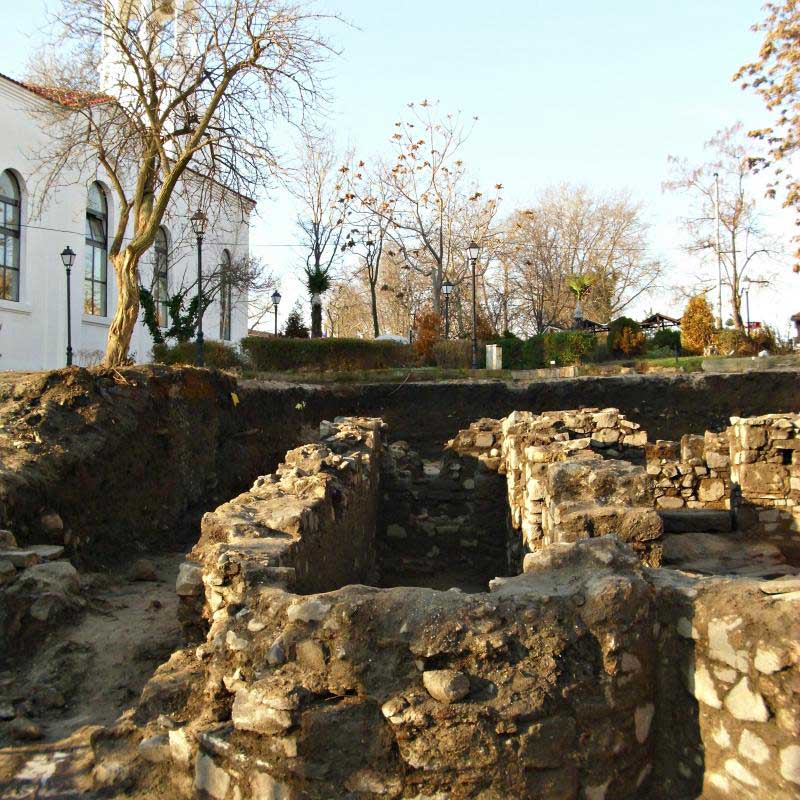 The painted vase was found during excavations which started in October 2011 at the fortified wall of Sozopol and St Nicholas the Wonderworker Church in the old town, news agency Focus quoted Dimitrov as saying.

The find was made in the lowest layers, remnants of Sozopol’s history at the end of the seventh and the middle of the sixth centuries BCE.

“The scene is a rarity, we have thousands of vases found here, but this is the first one with such a scene on it. We have seen similar items in Greece. The Ancient Greeks used to consider sex a free gift from the gods; it was the Christian Church that was the first to start labelling what is right and what is wrong in sex.

According to a preliminary analysis of the style, the painting was made by one of the prominent artists in Apollonia – the Artist of the Running Satyr.

He said that the find would widen the knowledge of the region, its trade contacts, and the aesthetic and artistic criteria of ancient Hellenes and Thracians who used to live in this region.

Bulgaria’s National History Museum did not release official photos of the new find near Sozopol on Sunday.