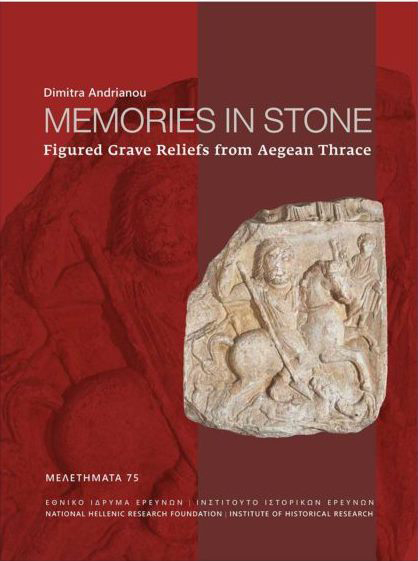 Memories in Stone: Figured Grave Reliefs from Aegean Thrace brings together for the first time a group of 70 decorated funerary reliefs from the region between the Nestos and the Hebros rivers, dated between the 6th century BC and the 3rd century AD. Typological, epigraphic and iconographical analysis underlines the various influences that permeated this region with preeminent artistic predilections from the northeastern Aegean and Asia Minor. Major iconographic themes, such as the rider and the funerary banquet prevail between the first century BC and the third century AD, whereas popular features of the Roman repertoire are, so far, not common east of the Nestos river. An artistic overview of the iconography used in other parts of ancient Thrace, especially after the first century BC, underlines the conclusion that no one, single ‘Thracian style’ can be recognized in the art of the province, but rather inland and coastal areas develop their own character and artistic references. The results of the isotopic analysis of marble performed on a group of selected stelai give additional information regarding marble sources and their exploitation in the region. The discussion is complemented by rich photographic documentation.