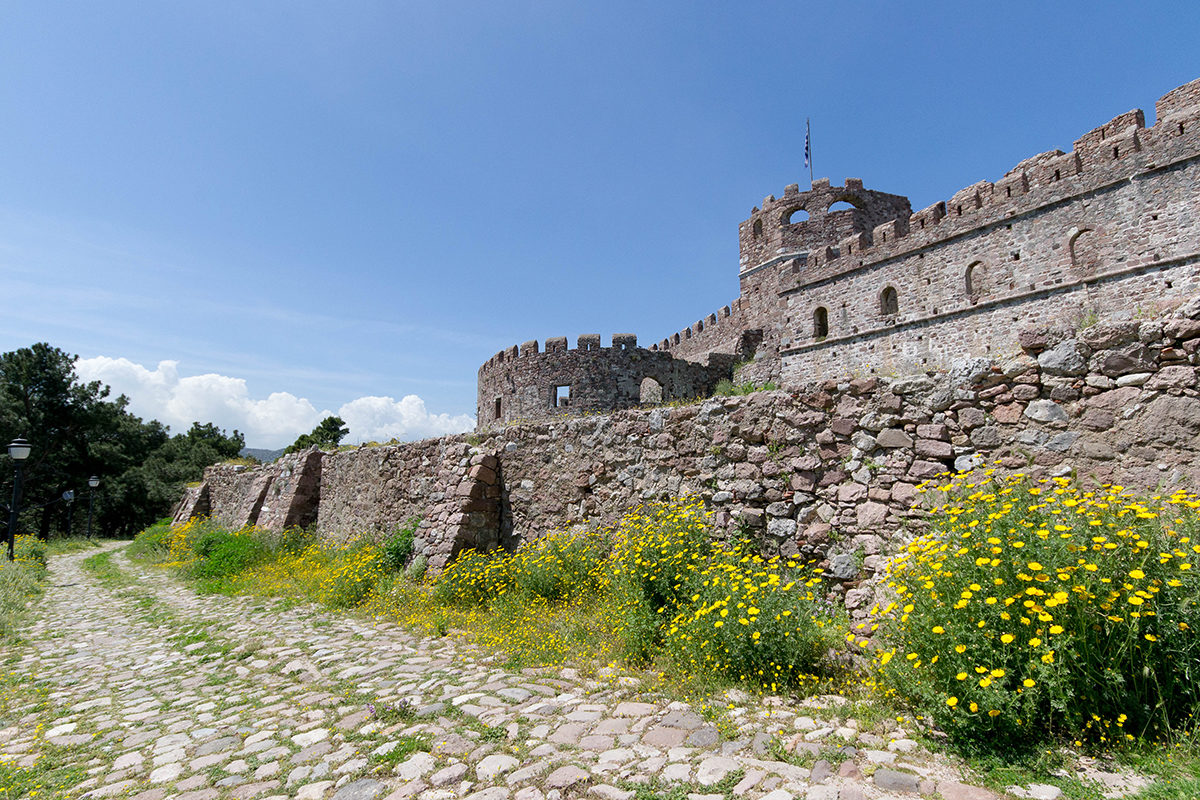 Fortifications of the Ottoman period in the Aegean

The Ephorate of Antiquitites of Lesbos, in the framework of the implemented project “Consolidation and restoration of NE stretch of the fortification wall (sections A-C, D) of the Castle of Mytilene” which is included in the Operational programme NSRF 2014-2020, announces with particular joy and anticipation the organization of a scientific conference holding as subject the fortifications of the Ottoman period in the Aegean, in Mytilene at Tuesday 30th and Wednesday 31st October 2018.

The Aegean Sea as a geographical unity characterized by the great dispersion of large and small islands and rocky islets is diachronically considered a nautical and commercial route hard to control. After the collapse of the Byzantine Empire, essential is the presence of various authorities in the Aegean for a long time, such as the Gattelusi Hegemony of Genoa in the North Aegean Islands, the Venetians in the Cyclades and Crete, and the International Order of the Knights of St. John, the Hospitalliers in the Dodecanese. The Ottoman settlement in the in the Aegean Sea progressed gradually, thus for a complete transition to an Ottoman Aegean a time period of more than two centuries had to pass. During that period, the evolution of siege warfare (armament and tactics) greatly altered the design and the construction of fortifications. The new masters of the Aegean maintained the existing fortifications or some of them by modifying, improving and modernizing them, and at the same time they built new ones such as Castles, forts and harbor fortifications, thus composing a distinctive map of development and of maritime and commute network in the Aegean during the years of their domination.

The purpose of the conference is to investigate the fortifications in the Aegean during the Ottoman period in the basis of typology, both for design and for construction, in comparison to the Ottoman practice in other regions of the Empire, and of documentation and function (historical archives / sources, inscriptions, excavations, scientific methods of absolute chronology and / or in combination), as well as the dealing with these monuments by the Greek state, starting from the incorporation of the islands, and through the 20th century, as well as in the modern era, with an emphasis on the illustration of protection practices, restoration interventions and management of that particular heritage.

All interested researchers are kindly invited to apply for participation, taking into account the structure of the conference in theme groups, by choosing among the following:

The announcements should be limited in a 15 minute presentation. Requirements for poster presentations will be announced through the second circular. In case of multiple announcements by the same lecturers, the scientific committee will judge and select announcements and posters. The official languages of the conference are Greek and English.

The application form (either for announcement either for poster presentation) and a brief abstract of 250 words (one A4 sheet) in Greek or English language can be sent to the e-mail address: [email protected] or via post to the following address: Ephorate of Antiquitites of Lesbos, Sapphous 22, 81131 Mytilene, Lesbos. Closing date for the participation applications and abstracts is considered the 20th March 2018.

After the aforementioned date and within 10-15 days (until the 31st of March 2018), all applicants will be informed with regard to the acceptance or not of their participation application.

The proceedings will be published by the Ephorate of Antiquities of Lesbos before the conference. All abstracts and papers will be published after being anonymously peer reviewed for their original contribution and authenticity. The participants are kindly requested to send their contributions by the 30th July 2018. For the procedure precipitation, detailed instructions will be announced in a short period of time through the second circular.

The Ephorate of Antiquities of Lesbos will cover the expenses for the accommodation of the conference’s speakers in double hotel rooms in the city of Mytilene for the conference’s duration. Provisions have also been made for the free transportation of the speakers to and off Mytilene. In the advent of reservation changes, these would be paid by the speakers. More details for accommodation and travel expenses will follow in the second circular.

Dr. Dimitrios Athanasoulis, Archaeologist – Director of the Ephorate of Antiquities of Cyclades

Dr. Olga Vassi, Archaeologist – Director of the Ephorate of Antiquities of Chios

Dr. Panagiotis Chatzidakis, Archaeologist – Director of the Ephorate of Antiquities of Samos – Ikaria