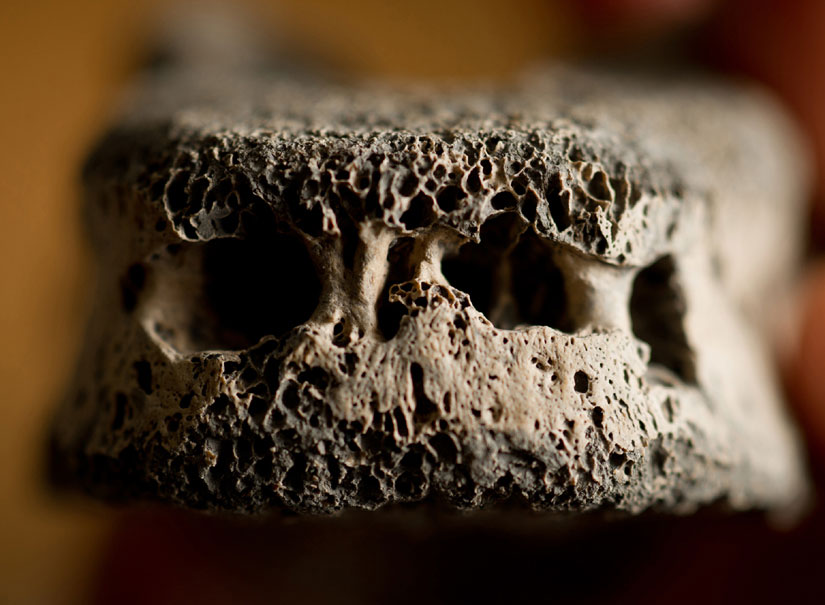 Brucellosis has been in Albania since at least the Middle Ages

US scientists said Tuesday that their study of a set of medieval bones found in Albania has revealed traces of a modern infectious disease that afflicts people who eat unpasteurized dairy products.

The findings, published in the American Journal of Physical Anthropology, are the first to suggest that the disease, known as brucellosis, has been in Albania since at least the Middle Ages.

Primarily an animal disease, brucellosis is common in rural farming parts of the Mediterranean region and is typically transmitted to humans through eating raw sheep and goat cheeses that come from infected animals.

The disease can cause flu-like symptoms, including fever, weakness and weight loss, according to the World Health Organization. It also causes bone damage that, in this case, researchers initially mistook for tuberculosis.

The bones came from the ancient Albanian city of Butrint, once a large Roman colony and outpost of the Byzantine Empire that was abandoned in the Middle Ages due to widespread floods.

Two skeletons, believed to belong to teenage males from the 10th to 13th centuries, showed significant lesions in the vertebrae.

Researchers at Michigan State University took part in an international team of archeologists who are excavating the site, with a particular view to analyzing bones with the latest forensic DNA methods.

They sent samples back to the university’s forensic DNA lab in East Lansing, Michigan, but tests for tuberculosis came back negative.

So they devised a new test for brucellosis, based on the theory that both diseases cause similar bone damage, and this time it came back positive.

“In this case it was a combination of inquisitiveness, persistence and of course collaboration,” said David Foran, director of MSU’s Forensic Science Program, in a statement on the university’s website.

“It is amazing to find something brand new in something that is a thousand years old.”