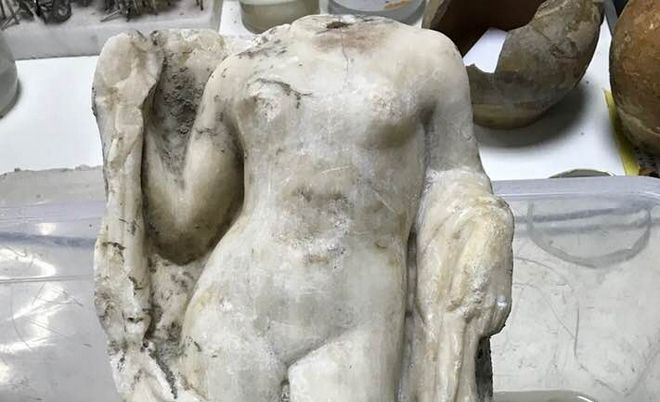 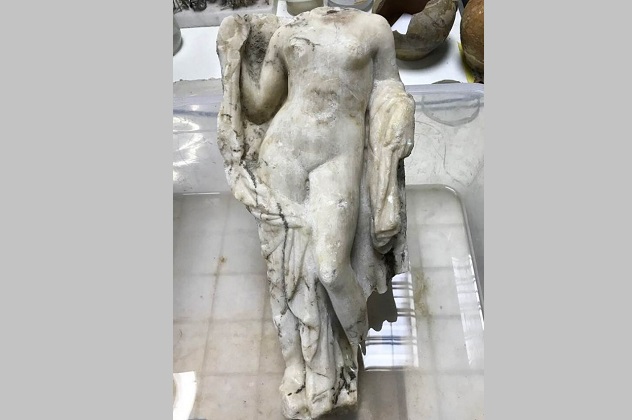 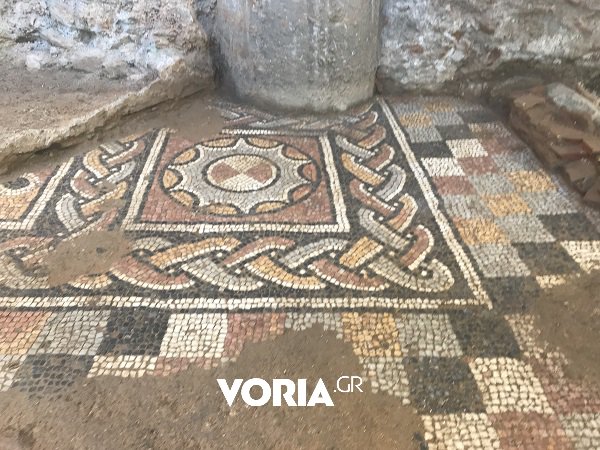 They were revealed in metro works excavations

Excavations from the Thessaloniki Metro yield new findings, namely a headless statue of Aphrodite and floor mosaics from the 4th century AD.

The construction of the metro has so far revealed about 300,000 antiquities from archaeological excavations at the sites where the metro will pass from. This time, near the Hagia Sophia station, only a few weeks after the discovery of a fountain complex, archaeologists have unearthed a headless statue of Aphrodite.

Also, 4th century mosaics have been unearthed at the southern entrance of the Hagia Sophia station. The mosaics, which are decorated with geometric designs, are very well-preserved and of great aesthetic value. Archaeologists believe that they are part of a large public building complex of urban villas dating to the 4th century AD, and in particular of the west portico gallery of the building. Other parts of the compound that have been identified are wall ruins and part of the bath. The compound was probably in use until the 5th century, when it was wrecked and a marble lined square was built on top.

According to Polyxeni Adam-Veleni, archaeologist and director of the Ephorate of Antiquities of Thessaloniki City, the statue and mosaics will be presented at an archaeological conference March 8-10 about archaeological finds in the Macedonia and Thrace regions of Greece.

According to chairman of Attiko Metro SA, Yiannis Mylopoulos the newly revealed antiquities will be examined by specialists from the Ministry of Culture and along with the metro company will be exhibited in the best possible way.