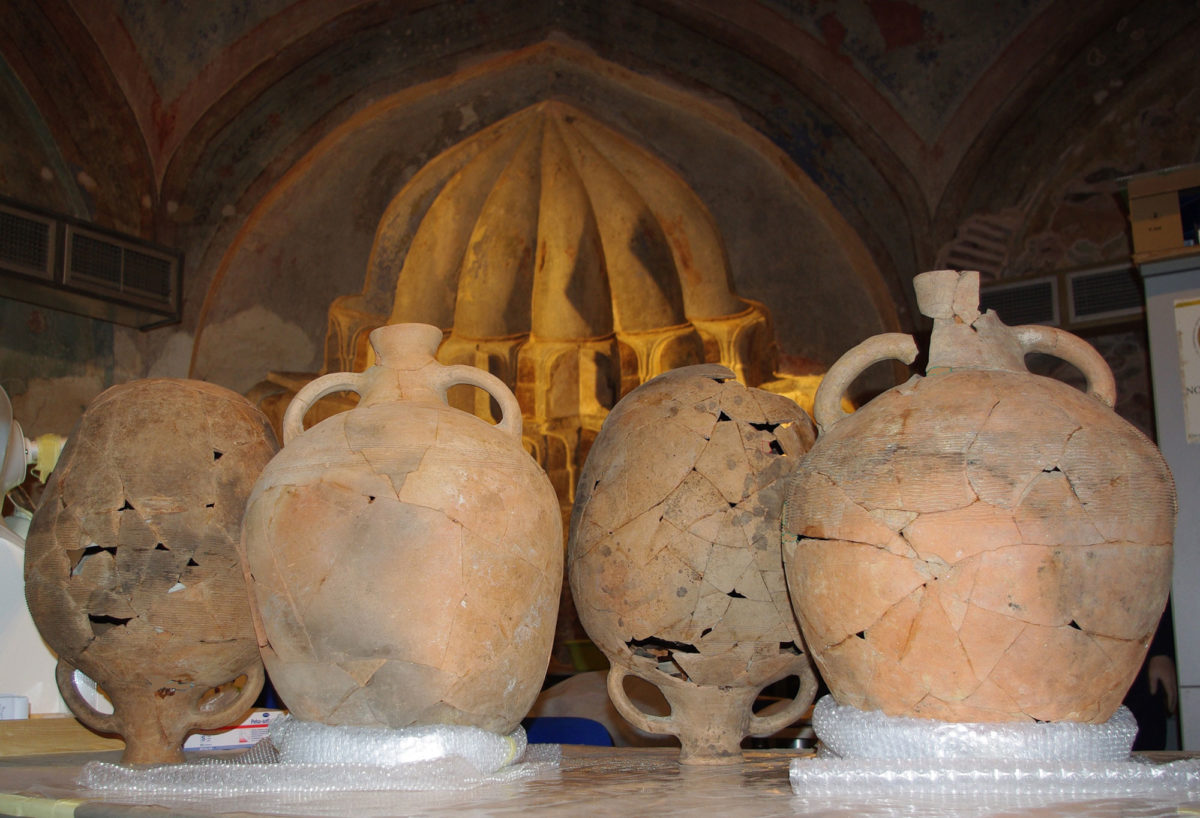 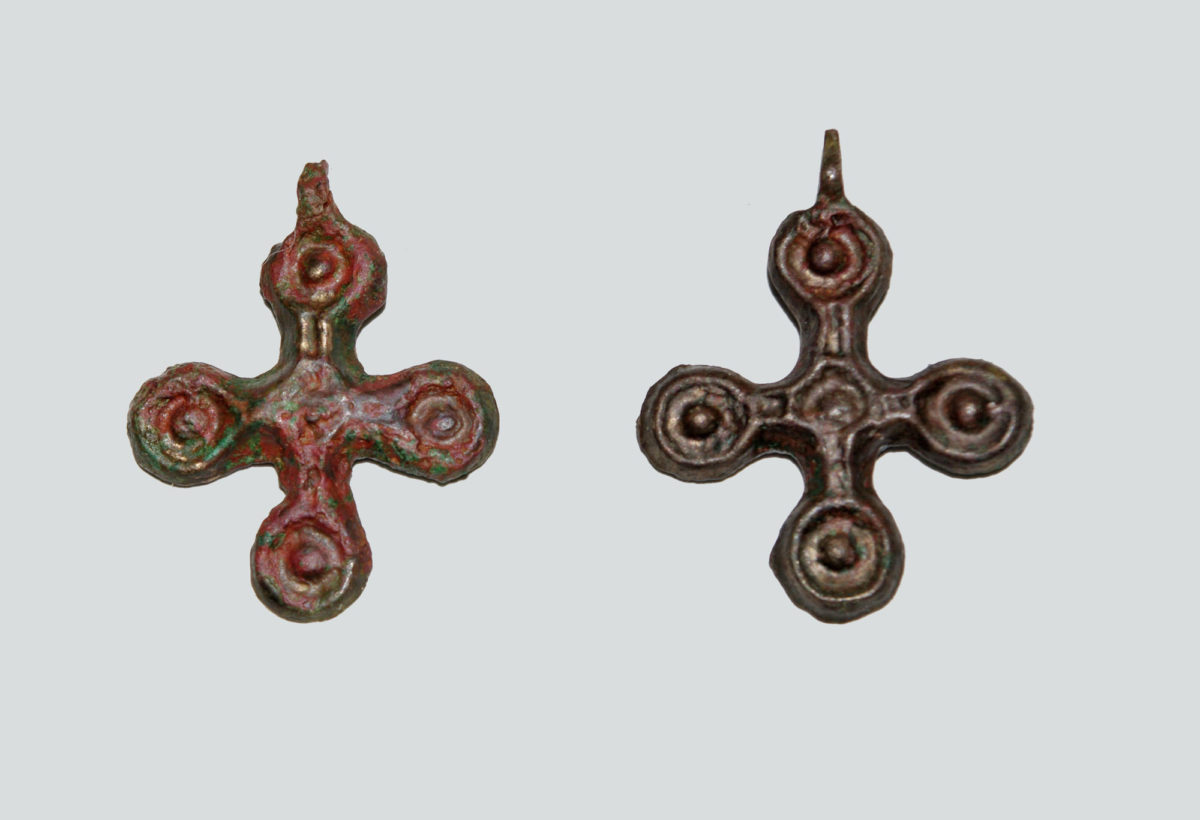 Thessaloniki Metro: the archaeological finds and the project’s progress

The completion of the Thessaloniki Metro has set the city on a steady course towards its development in commerce, production and tourism as well as shielding its historical identity through time. This was announced last Friday by the representatives of all bodies involved, in a public awareness meeting regarding archaeological finds uncovered in the stations of the Metro as well as the progress of construction works.

“The progress and completion of the Thessaloniki Metro are proof that the works of infrastructure and the protection of our cultural heritage go together and can help make Thessaloniki not just the commercial but also the cultural centre of combined transport, production and trade- if we wish to also overcome other problems that concern both our country and the Balkans, especially in recent times” said minister of Transport and Infrastructure Christos Spirtzis, speaking at the meeting with the topic “Both Antiquities and the Metro” jointly organized by the Ephorate of Antiquities of the City of Thessaloniki and the Attic Metro SA, in the amphitheatre of the Museum of the Ancient Agora.

Minister of Culture Lydia Koniordou spoke of “a significant day” that demonstrates the strength of cooperation  between the construction company ,the city hall and the ephorate of antiquities, emphasizing the benefit for the people of the city and its visitors who, with the project’s completion, will have the opportunity to coexist with the monument on a daily basis.

Referring to emblematic texts by Konstantinos Christomanos, scholar of the early 20th century, about the concept of ‟Useful and Utilitarian”, Mrs Koniordou pointed out that “culture is not intended simply to decorate our existence but is a necessary compass with whose help we will shape the world we wish to live in, it is the means by which quality and meaning are given to our daily lives, at a crossroad of major choices we are required to make as citizens.”

“Monuments are powerful elements of public space—landmarks that shield a country’s identity—and their protection is a constitutional obligation”underlined Maria Andreadakis-Vlazakis, secretary general of the ministry of Culture, herself an archaeologist and excavator, stressing that “with the completion of the works of the metro, Thessaloniki will be transformed into an open museum and the trains will finally move on steady tracks connecting the city’s past with its future.”

Deputy Mayor of culture, Elli Chrysidou, representing absent Mayor Yannis Boutaris, also spoke about the vindication of the Municipality of Thessaloniki’s long term struggles for the rescue of pieces of monuments in Venizelos station and their remaining in situ, for the city’s change into an open museum and landmark which will give it added value.

The president of the Attiko Metro SA, Yannis Mylonopoulos spoke about the policy of collaboration between the interested bodies these last two years, a policy that as he pointed out “put the metro back on its rails”, while at the beginning of his talk he did not avoid referring to the beginning of the project, its interruption in 2014, collaborations fraught with difficulties, and the “divisive, humiliating dilemma of either antiquities or the metro, lacking in any knowledge of history”. He added that “it was various fixations and not the antiquities that delayed the progress of the works.”

Last, Polyxeni Adam-Veleni, head of the Ephorate of Antiquities of Thessaloniki, retraced the “legendary” history of the Thessaloniki metro. It had started as a … joke in the mid 1980’s with a long rectangular section opened in Egnatia street and funded by the Municipal radio station till the works commenced in 2006, followed by long term archeological surveys, arguments and struggles of the archaeologists to save the monuments of the city’s uninterrupted historical course.

According to Mrs Veleni, there are over 300,000 movable finds resulting from excavations in the stations of the metro during the twelve years of work (50,000 of these are ancient coins). All of them have been cleaned and preserved, are currently being stored and will be extensively studied and published, improving everyone’s knowledge on the continuous urban planning , the historical and sociological organization of the city over more than 23 centuries since its birth.

According to the speakers, there are plans in mid-April of this year for an exhibition of part of the movable archaeological finds in two completed metro stations (possibly in the Panepistimio and Papafi stations) and the parallel organizing of cultural events for the public’s awareness and entertainment. Moreover, the authorities involved are in search of a suitable space to house the metro museum.

The meeting continued with presentations by the archaeologists excavating the metro stations and their already well known impressive movable finds (the pre-Cassandrian settlements and cemeteries, coins, six gold wreaths, bronze and ceramic artefacts- evidence of the city’s timelessness from the 3rd c. BC up to the fire of 1917, analyses on Decumanus Maximus, and the Byzantine agorae that enhance the timelessness of the city’s habitation and evolution).