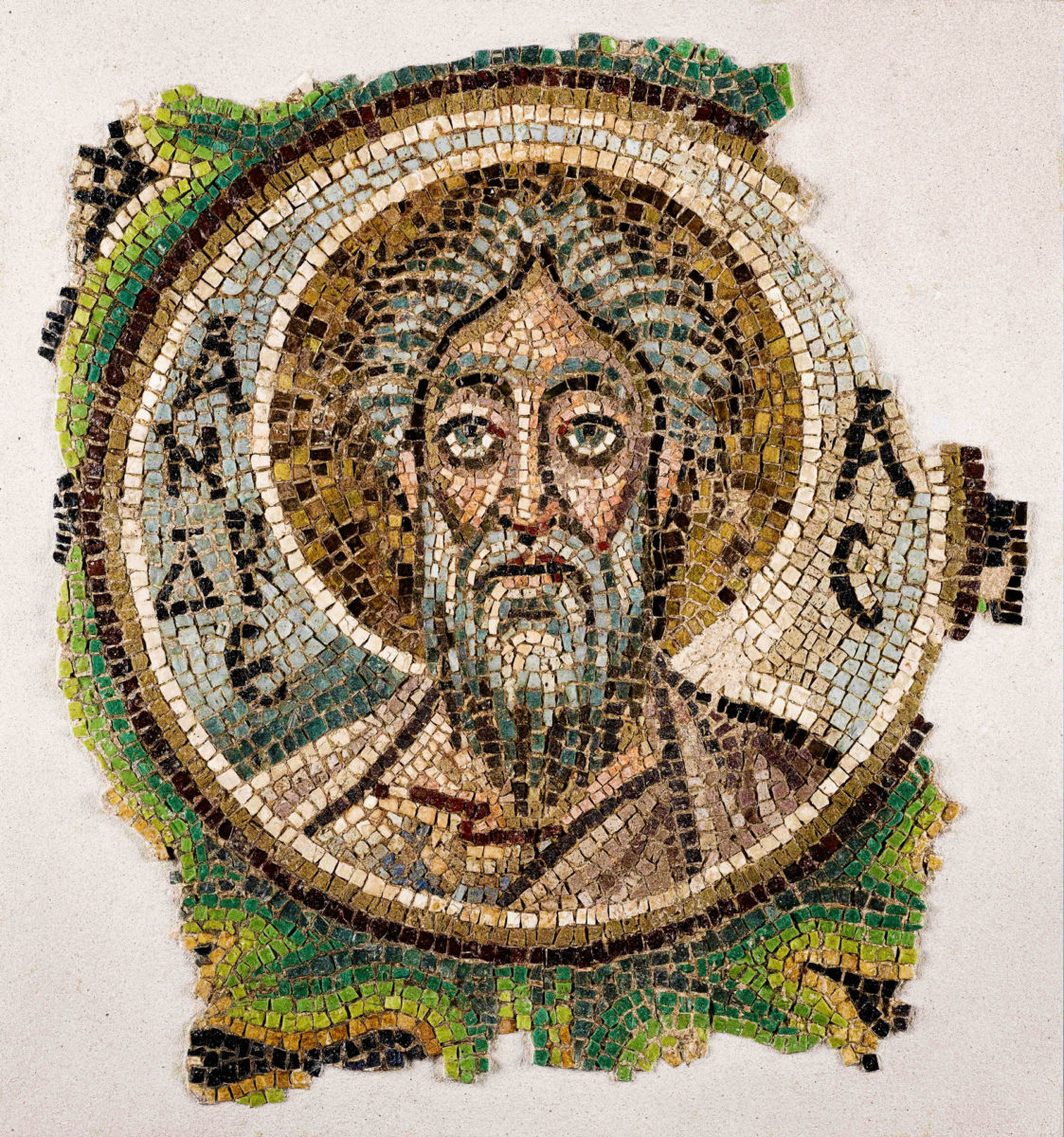 A rare fragment of a mosaic was returned to Cyprus depicting Andrew the Apostle in a medallion and dating from between 525 and 550 AD. The Archdiocese of Cyprus announced that it is “a Byzantine work of the highest significance and one of the very few cases that escaped Iconoclasm”.

The mosaic originates from the arch of the sanctuary of the church of Panaghia Kanakaria in Lythrankomi, in occupied Famagusta.

The arch’s mosaic decoration was removed after the Turkish invasion of 1974. Its removal had been organized by the well known antiquities smuggler Aydin Dikmen.

Between 1983 and 2015 most of the fragments of the mosaic decoration had been located and repatriated.

The mosaic was found in 2014 by art historian Maria Pafiti. The mosaic’s last buyer acquired it in 2010 as part of a larger collection of art works. It was he who asked Mrs Pafiti to prepare a report on all the pieces. Mrs. Pafiti informed the owner about the origin of the mosaic, and following a long negotiation period, he finally agreed to hand it over to the Church of Cyprus without a lawsuit and in exchange for only a nominal sum. Dr Andreas Pittas, president of Medochemie, and Roy Poyatzis, a Cypriot businessman based in New York, covered the amount for compensation and the mosaic’s restoration. Legal supervision of the procedure was exercised by the lawyer Michalis Korelis.

On Monday afternoon, the ceremony for the repatriation of the mosaic fragment of Andrew the Apostle will take place in the hall of the Great Synod of the Holy Archdiocese of Cyprus.

After the presentation of the mosaic, Archbishop Chrysostomos will award the medal of Paul the Apostle, the highest honorary distinction of the Holy Archdiocese of Cyprus, to Andreas Pittas, Roy Poyatzis and Maria Pafiti, who all contributed to the return of the mosaic to the Church of Cyprus.