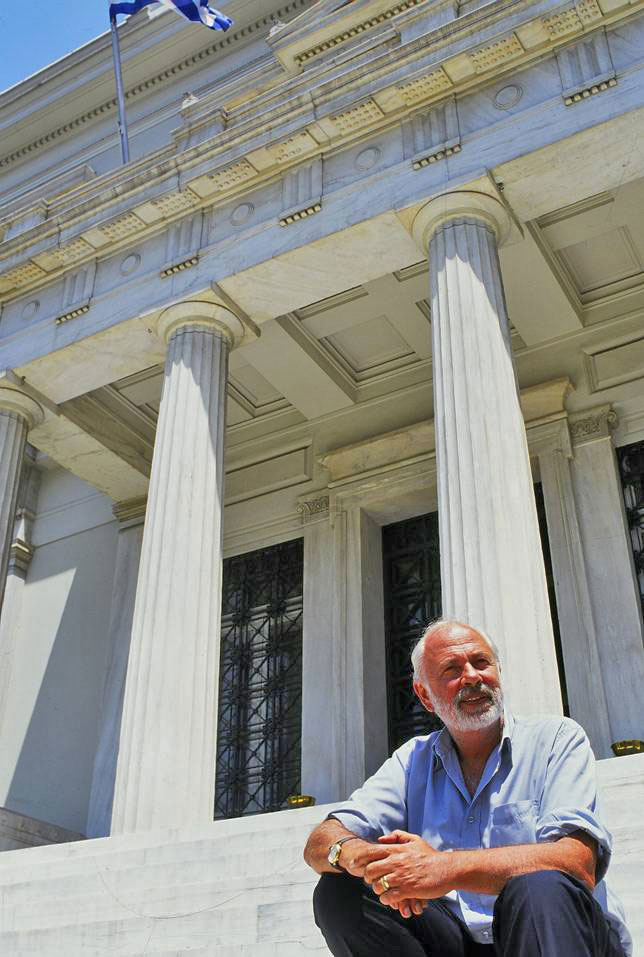 Angelos Delivorrias has passed away

“His generosity of spirit, his faith in human beings, his unceasing diligence and his inexhaustible creativity were a source of inspiration for all those who were fortunate enough to meet him either personally or through his significant work. His loss is very hard to bear”, concludes the announcement.

“A man of vision, innovative, a scientist of high prestige, Angelos Delivorrias was a distinguished personality of our cultural life” says Minister of Culture and Sports Lydia Koniordou in her message of condolence. “A classical archaeologist, Academy member, Head of the Benaki Museum, a restless and tireless spirit, he was above all a Teacher in all the sense of the word; a beacon of culture that opened up new paths and inspired people. His time as Head of the Benaki Museum after 1974 and for over four decades marked a new era for Greek museums. Angelos Delivorrias proposed a new way of organizing and imparting knowledge, essentially creating a new relationship with the past, with art and our own identity. Angelos Delivorrias’ contribution to culture as a public good is irreplaceable. And for that we are all grateful to him” she concludes.

A state funeral will be held for Angelos Delivorrias at the First Cemetery of Athens, on Friday April 27 at 14.00.

Angelos Delivorrias was born in Athens in 1937. He studied Archaeology and History of Art at the Universities of Thessaloniki and Athens and did postgraduate studies in Germany at the University of Freiburg. Between 1965 and 1969 he served as curator of antiquities in the Archaeological Service and then continued his postgraduate studies at the University of Tübingen from where he received his doctorate in 1972. Between 1972 and 1973 he attended classes at the Sorbonne and the École pratique des hautes etudes and was then appointed head of the Benaki Museum where he remained from 1973 to 2015. In 1992 he was elected professor at the School of Philosophy, University of Athens where he taught History of Art till 2005.

He had given lectures and participated in conferences in many scientific and museum centres of Europe and America. His writings cover issues of Classical Archaeology, History of Art, Museology and Traditional Culture. His research interest in traditional culture particularly in “Folk Art” developed at the Benaki Museum, whose total refurbishment and change of physiognomy also take their place internationally among the achievements of modern museums.

He participated on committees of scientific societies, foundations and received the following distinctions: The Chevalier de l’Ordre des Arts et des Lettres from France (1999), the Commander of the Order of the Phoenix, the Silver Medal of the Academy of Athens from Greece (2000), and the Order of the Stella della Solidarieta Italiana from Italy (2008). He was an honorary doctor of the Universities of the Aegean (2005), Thessaloniki (2016), Thrace (2016) and a member of Academia Scientia et Artium Europae (1991), of the Academia Europea (1992) and theAcademia Nazionale dei Lincei (2015).

Since 2016, he had been a member of the Academy of Athens.