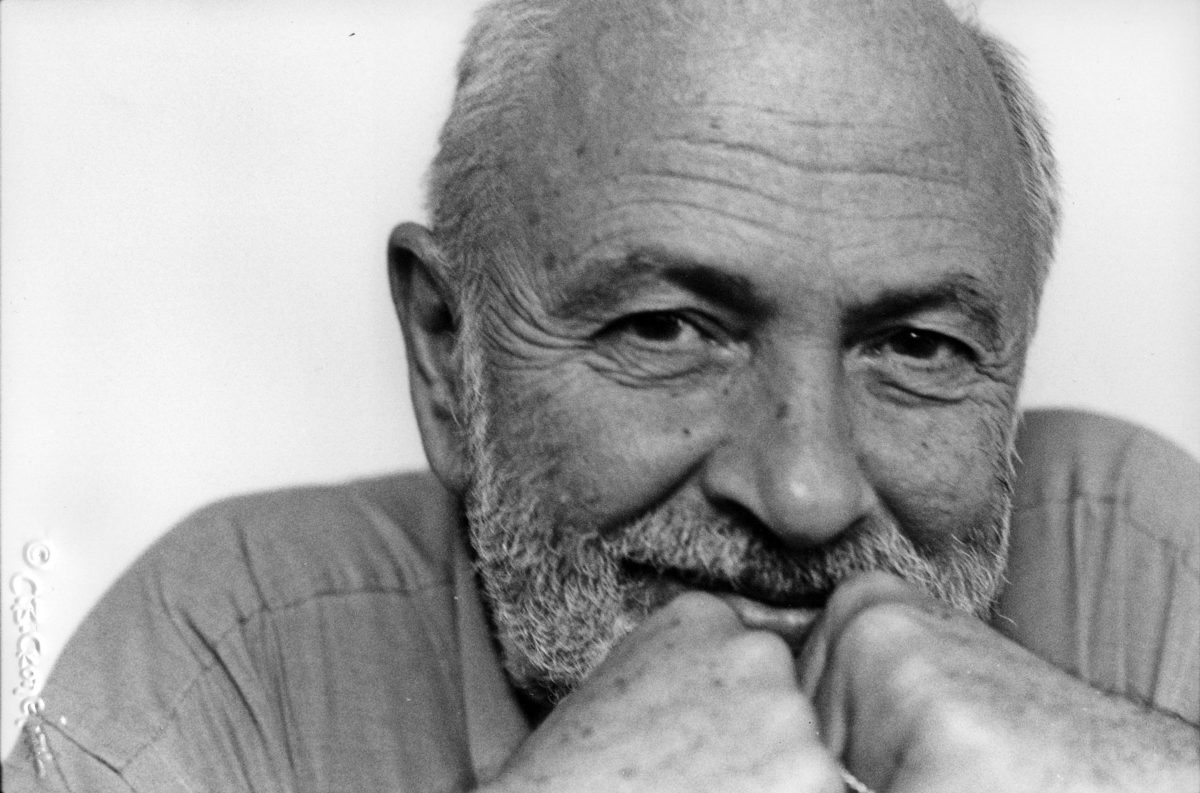 The resume of Angelos Delivorrias was always simple. It refers to his first rate studies in Greece, Germany, England, the research programmes he carried out in the United States, the exhibitions that promoted Greece abroad, his many years as head of the Benaki Museum, his teaching at the university (he always mentions his own teachers), his papers and publications, the honours he received from Greece and abroad during his career. I was writing when the Plenum of the Academy of Athens elected Angelos Delivorrias as its member on June 9 2016.

His true life story, however, is very difficult to formulate, because there will always be aspects οf Angelos Delivorrias the man and scientist, for us to discover, return to and use as landmarks in our life and work. The main building of the Benaki Museum, the Piraeus Street building, the Museum of Islamic Art, the Nikos Hadjikyriakos-Ghikas Gallery, the Penelope Delta Residence, the Yannis Pappas Workshop, the Toy Museum, “Mentis, the Centre for the Conservation of Traditional Textile Techniques”, the House of Patrick and Joan Leigh Fermor  reveal his contribution, the breadth and depth of his knowledge extending from antiquity to modern times, as well as many of the Museum’s acquisitions. All the above are proof of the trust and love shown to him as Director by donors and public alike.

In the case of Angelos Delivorrias, the word “Head” is very restrictive because he himself was a manager, a creator of  resources, a scientist responsible for projects and the one who had to spend hours and hours in the cumbersome administrative services of the Greek state, without ever being tempted in the slightest by offers from the establishment, in exchange for his flattery, to be treated as their own. And these were exactly his qualities and abilities that enriched Greece – and much more.

His resume does not mention his devotion to his friends, his being there in their personal moments, his support of people he met in the first years of his career and for whom he would always find the time to actively encourage any effort of theirs. Neither does it mention the rewarding look in his brimming eyes for the success of some project –modest when compared to his– of his friends and colleagues; nor his devotion to his family, to Maria, his partner of over fifty years, to his two children and grandchildren.

In his resume, the hard work done by him is implied but never mentioned outright. “It is a paradox that although I freed myself from the burdens of the Benaki Museum, I saddled myself with just as many others” (he wrote to me on July 25 2016). And it is with these burdens that he taught us- as every proper teacher does through work and not just words- that what matters is for intentions to come to fruition, to be sealed by deeds. And in order for nothing to remain incomplete, Angelos Delivorrias’ achievements were the result of tremendous hard work and came at a cost.

Recognition for this arduous work came with the invitation by the Academy of Athens: “Public Session ,Tuesday April 24. Reception of Academician Mr. Angelos Delivorrias, Professor of Art History at the University Athens. Address made by the President of the Academy, Mr. Antonis Kounadis. Presentation by the Secretary General Mr. Vasileios Ch. Petrakos. paper by Mr. Angelos Delivorrias: The human figure in ancient Greek art.” On this day precisely, amidst all the fragrant smells of April that he loved so much and which were sung by Dionysios Solomos, it was given to him to make his speech somewhere else and for us to endure his loss.

“Patience, endurance and Greek tenacity” were the virtues defined by him as necessary for the Head of a Museum, when he himself took leave of his position at the Benaki Museum in 2014. He never betrayed these principles. If he broke down on the day of his official reception into the Athens Academy ,it was because he felt that in our country ,those principles were being betrayed that he had promoted in all aspects of his work  as the axis of his “hellenomania”, that never distanced him from humanity’s history as a whole.

In his own words, he insisted on “duration and endurance, coherence and continuity, imagination and expressive power as essential components of Greek participation in the historical process of humankind”. These “components” and this “Greek participation” had lately become indiscernible to him and his sensitivity would not let him ignore the fact. For his consolation, the gates of the true Immortals have opened for him, with all the symbolisms of this specific occasion. And if we wish to say some words of comfort it would be to conscientiously avoid betraying the principles which he honoured with his life and work.