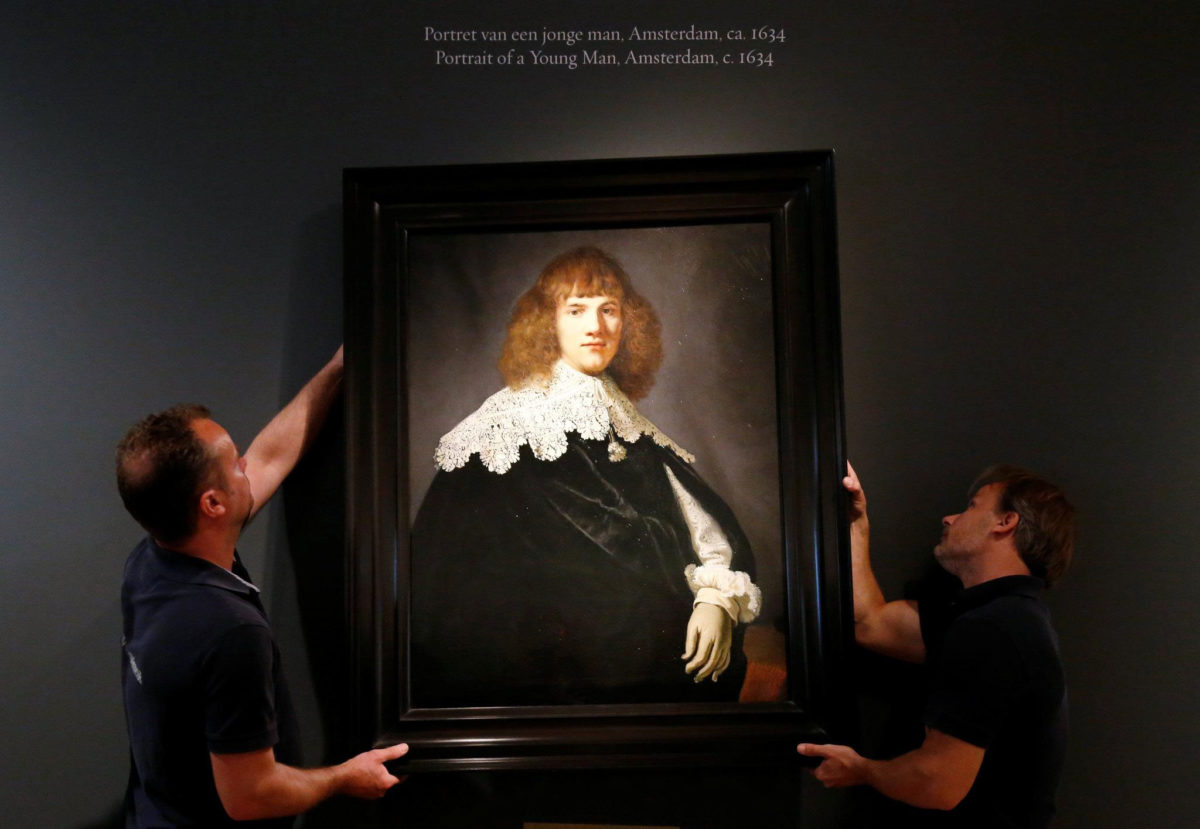 A Dutch art dealer announced recently that he discovered an unknown to date work by Rembrandt he had purchased 18 months ago at an auction in London for 148,000 euros.

The “Portrait of a young man” that was probably painted around 1634 may be worth many millions. It is the first unknown work by the most famous of Dutch masters to be discovered in over 40 years.

The art dealer Jan Six bought it in 2016 at an auction at Christie’s. “When he saw the work, he immediately realized it was a Rembrandt” explained Ms Ronit Palache representing Six. “He is an expert on the painter and spent years researching him. He was therefore unbelievably enthusiastic but was also afraid that everyone would understand what state he was in”, she added.

The painting has already been certified by other art historians, among them the renowned Rembrandt expert Ernst van de Wetering.

The work is unsigned and undated. Its history remains unknown. Before being sold it belonged to a family of the English aristocracy for more than six generations.

The portrait depicts a young man wearing a dark cloak and a white lace collar and will be displayed for a month at the Hermitage Museum, Amsterdam. The lace collar resembles those painted by Rembrandt, as for example the ones in the portraits of the newly weds Marten Soolmans and Oopjen Coppit. These paintings belonged to the Rothschild family and were bought jointly by Holland and France for 160 million euros.

Perhaps the painting is part of another “double” portrait, but more extended research will be needed to solve the mystery, explained Palache.

Jan Six who has also written a book about his discovery, intends to sell the painting after the exhibition in Amsterdam. His representative avoided estimating the painting’s value, saying only that very probably it will fetch “over 147,000 euros″.