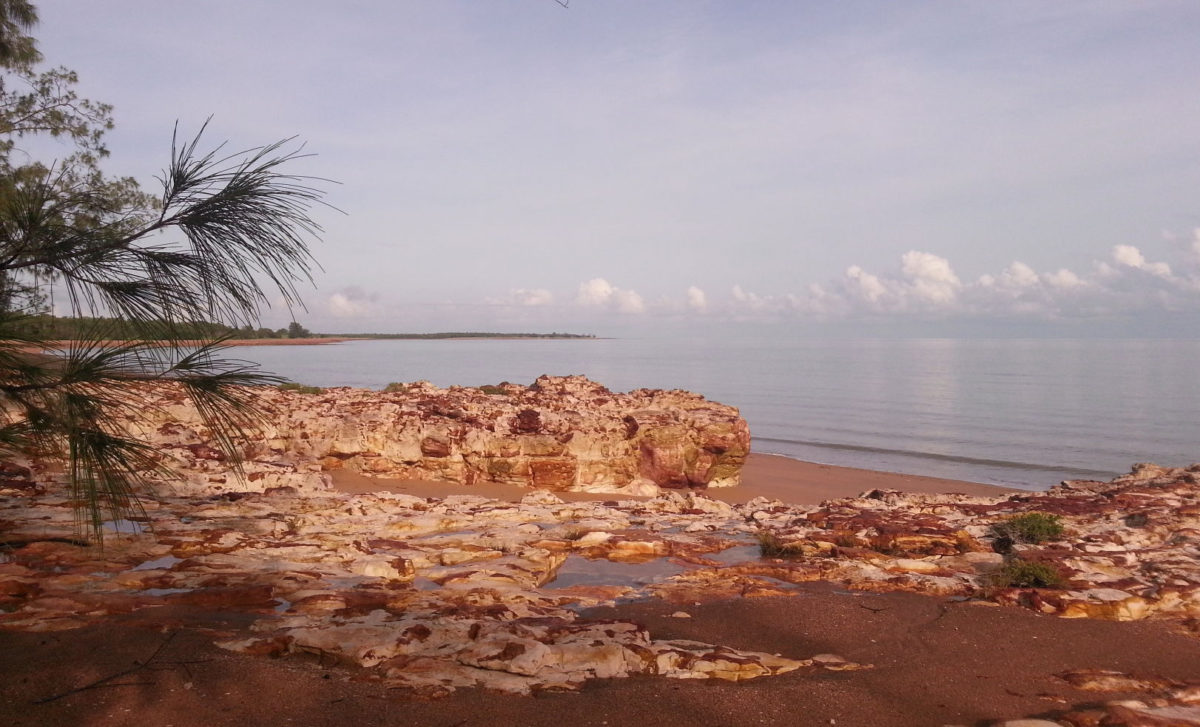 People voyaged to Australia by boat more than 50,000 years ago

Researchers working to solve the mystery of how people first reached Australia have combined sophisticated deep-sea mapping, voyage simulation techniques and genetic information to show that arrival was made by sizeable groups of people deliberately voyaging between islands.

Using cutting-edge modelling, similar to techniques used to search for the wreckage of missing Malaysian Airlines plane MH370, the research team, including Professor Peter Veth from The University of Western Australia, researchers from James Cook University, the Australian Centre for Ancient DNA and CSIRO, with the Centre for Excellence for Australian Biodiversity and Heritage (CABAH), simulated hundreds of possible voyaging routes to track likely routes of vessels leaving three sites on the islands of Timor and Roti. They took many factors into account, including winds, ocean currents and paddling.

“These would have been skilled maritime navigators who set out on a deliberate voyage to discover new lands,” Dr Ouzman said.

“The coastline of Australia was a very different shape 50,000 years ago but it was not joined to other continents by land. There was a string of islands to the north of Australia and the voyagers would have travelled through them to reach mainland Australia. This was a carefully planned act by a significant number of people – the founding population may have been as high as 100 – 200.

“The findings provide evidence that the First Australians were skilled in the construction of boats, navigation, and planning. This research should help change a perception that the settling of Australia started with a handful of people arriving here by accident, and then losing all ability to use watercraft.”

The study, published in the leading journal Quaternary Science Reviews, builds on work by UWA, JCU, CABAH and other researchers that revealed a string of more than 100 habitable but now submerged islands strung off the Kimberley coast of northwest Australia were among the first landing points.