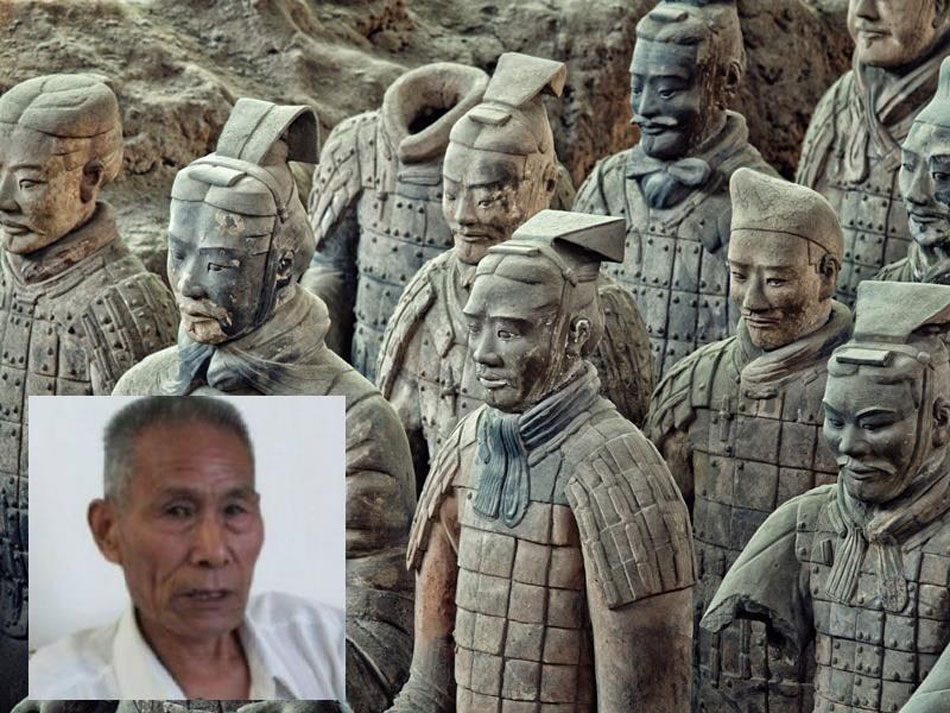 The archaeologist who discovered the ‘Terracotta Army’ has died

Chinese archaeologist Zhao Kangmin who is credited with the discovery of the famous “Terracotta Army”, the statues of terracotta warriors made 2,200 years ago, passed away at the age of 82 last Friday, announced the Chinese state media.

In 1974, Zhao Kangmin was the first archaeologist to identify the clay statues which had been found by farmers while digging a well. Kangmin discovered that they dated from the era of the reign of the Qin Dynasty, and subsequently he was the first to carry out excavations in the region situated in the northern province of Shaanxi in China.

The 8,000 terracotta warriors, found in the city of Xian which was built around 250 BC, are the guards of the tomb of China’s first emperor Qin Shihuang. The emperor who united this vast country died in 210 BC.

Every year hundreds of thousands of tourists visit the location which is on UNESCO’s cultural heritage list. There the Chinese can see with their own eyes their thousand year old culture’s achievements, among which were the inventions of gunpowder and paper.

When farmers discovered the tomb in Xian in 1974, they immediately informed Zhao Kangmin, curator at the time of a local museum. As he later narrated in an article posted in 2014 on the official website of the Museum of the Terracotta Army, the archeologist went to the region along with one more colleague.

“We were so thrilled that as we headed there on our bicycles, we thought we were flying”, he says. The moment he realized what the discovery was, Zhao asked the farmers to lift out the broken pieces of statues and transport them on three lorries to the small local museum. There Zhao started to put the statues together out of the broken pieces, some of which were no larger than a finger nail.

“It was the end of the Chinese Cultural Revolution, but some people were still against the restoration of ancient artefacts. So we decided to keep them secret”, he explains in his article.

The secret, however, could not be kept for long, so the moment the authorities found out about the discovery they sent a larger team of archaeologists to work with him.

Nevertheless, the State Council of the People’s Republic of China, later admitted the Zhao was the one who, with unbelievable care and detail, “reassembled” piece by piece the battalion of soldiers, archers, horsemen, their facial expressions, clothes, weapons, down to their unique haircuts.