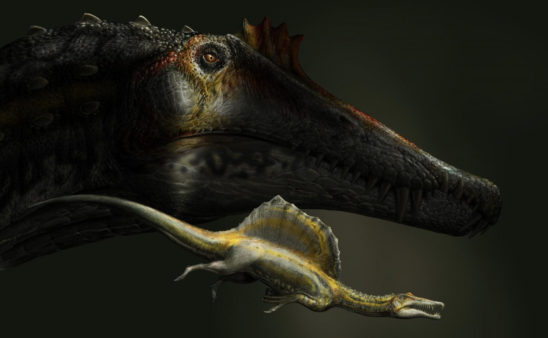 Face to face, the largest and the smallest specimens of Spinosaurus known to date. The reconstructed head is based on the 1-meter-long snout MSNM V4047, the baby is based on the tiny claw phalanx MSNM V6894. Both fossils are deposited at the Natural History Museum of Milan. Credit: D. Bonadonna
- +
by Archaeology Newsroom
04 06 '18 09:34